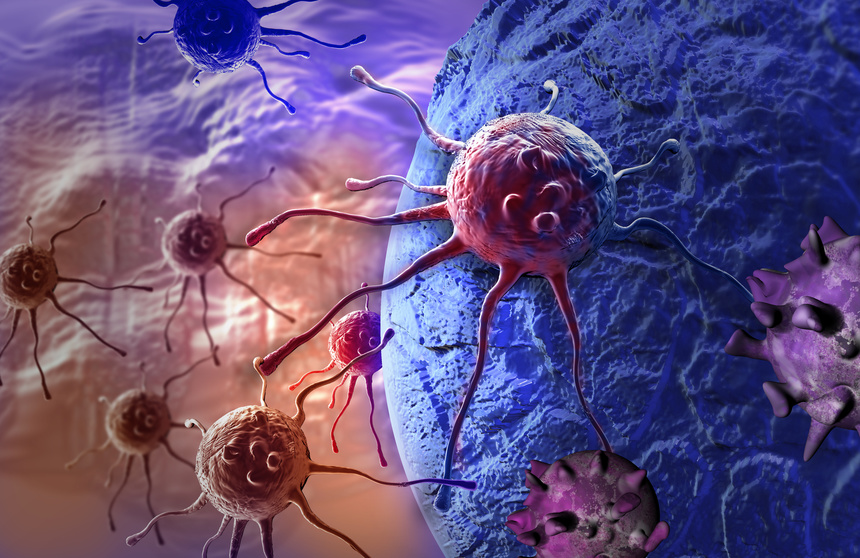 World Cancer Day, which will take place on 4 February next, will be an opportunity to make the general public aware about prevention, detection and treatment of this disease.

Inserm researchers remain committed to advancing research, on improving patient care as well as on the efficiency of existing therapies, and on improving the diagnosis of certain cancers. Here are a few recent examples.

Researchers from Inserm Unit 1121, “Biomaterials and Bioengineering” (Inserm/University of Strasbourg), have improved the artificial larynx that they developed 5 years ago, and have optimised their surgical technique. Thus a patient with cancer who had undergone a laryngectomy has been wearing this implant for the last 18 months, allowing him to breathe through his mouth and nose, and restoring his speech and sense of smell, thereby improving his daily life.

The members of the “Center for Infection and Immunity of Lille” (Inserm/CNRS/University of Lille/Institut Pasteur Lille), at Inserm Unit 1019, have identified the nature and mode of action of bacterial species capable of optimising the anti-tumour response induced by chemotherapy. They have thus demonstrated the essential role of the gut microbiota in the efficacy of chemotherapy.

See the press release “The gut microbiota to the rescue of chemotherapies,” published on 5 October 2016.

In October 2016, Inserm inaugurated its first accelerator of technological research (ART). Based in Paris, the “biomedical ultrasound” ART is devoted to the research and use of ultrasound, particularly in the area of cancer diagnosis and treatments.

See the press release “Creation of first accelerators of technological research at Inserm,” published on 26 October 2016.

Researchers from Paris Descartes University, the Paris Public Hospitals (AP-HP) and Inserm have developed a method that enables large-scale use of circulating tumour DNA in patients with lung and pancreatic cancer. Ultimately, this method will be widely used in the different Molecular Biology platforms, to improve the diagnosis of certain cancers and guide the prescription of treatments.

See the press release “Towards an improved diagnosis of certain cancers,” published on 28 September 2016.