A major advance in colon cancer

A French consortium of clinicians and biologists has proposed a molecular classification of colon cancers into six sub-types.

A national multicentric consortium of clinicians, biologists and researchers performed a genomic study as part of the CIT programme (Cartes d’Identité des Tumeurs® [Tumour Identity Cards]) of the Ligue contre le Cancer. The study included tumours from 566 patients suffering from colon cancer, the results of which were published in the international journal PLOS MEDECINE.

In analysing a transcriptome of this cohort that is perfectly described clinically and pathologically, the consortium produced a robust classification into six molecular sub-types that were well-defined in terms of changes to the genome and signalling routes associated with a gene expression signature.

These six sub-types are correlated to separate prognoses. The classification was validated using an independent series of 1,181 colon cancers.

It is planned to apply the signature of each sub-type to other series of colon tumours  with the aim of obtaining a routinely transferable diagnostic tool so as to improve the prognosis and to guide treatment. 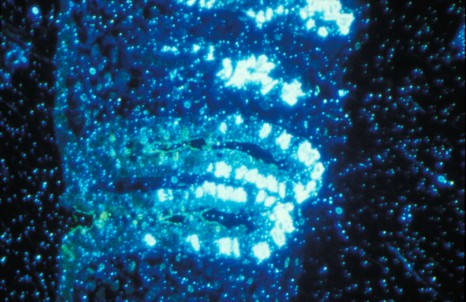