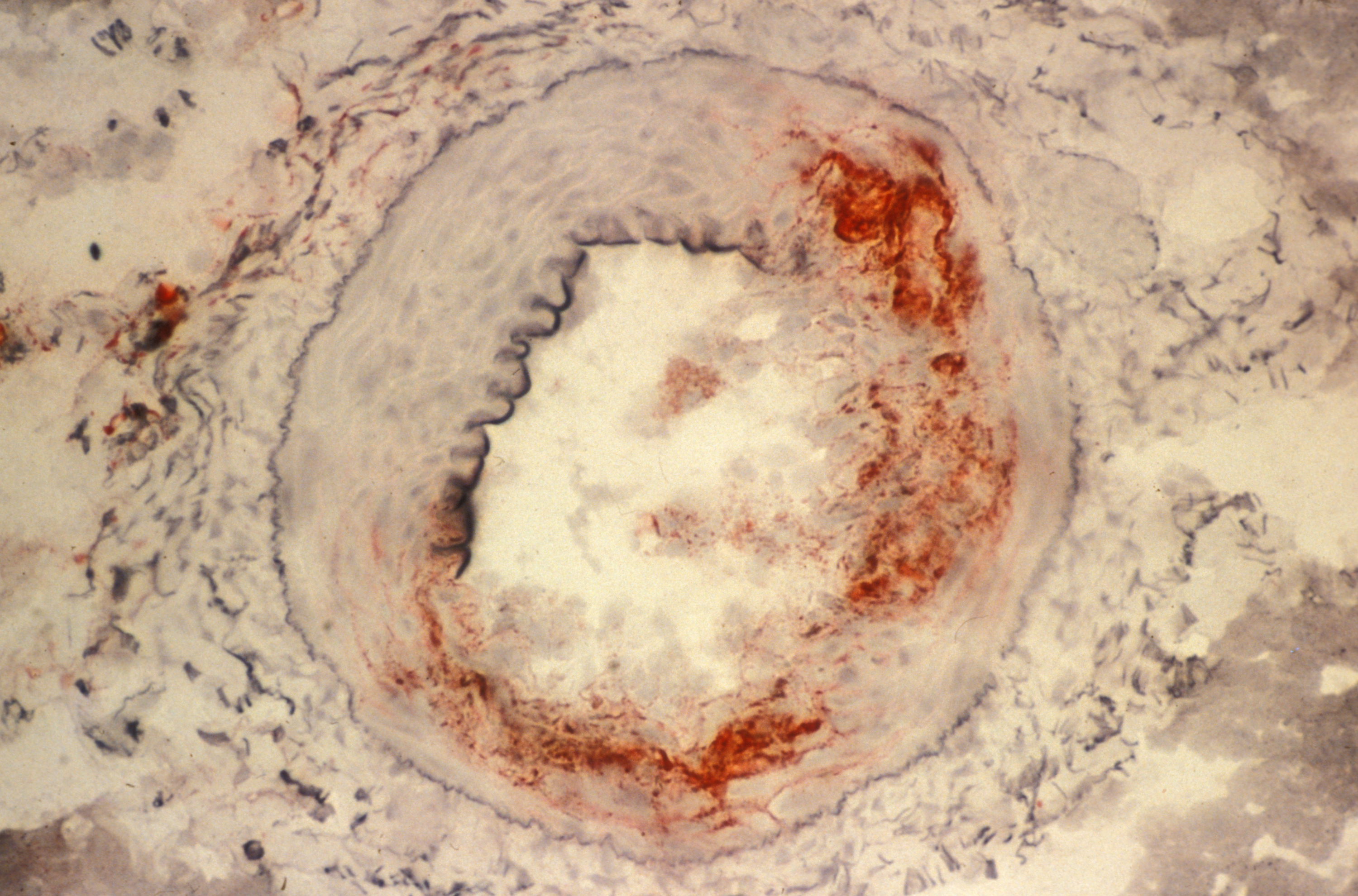 A team of researchers from Inserm and the Université de la Réunion are proposing a new radioactive tracer to locate atheromatous plaques in arterial walls, which can cause cardiovascular events. The agent, called Darapladib, was tested in mice and ex vivo in humans. Darapladib binds specifically to an enzyme that is overexpressed in these plaques, allowing them to be located via medical imaging. The study, published in ACS Medicinal Chemistry Letters, opens up new perspectives to create tools for the clinical prevention of cardiovascular events.

Atheromatous plaques are a major risk factor for cardiovascular events. The plaques are clumps of lipids that bind to arterial walls, partially obstructing blood circulation. The condition is known as atherosclerosis. Plaques can also break apart and clog the artery remotely, which can cause a heart attack or cerebrovascular accident depending on which artery is affected.

At present, ultrasound technology is used to detect plaques in the carotid artery. Patients whose arteries are more than 70% obstructed generally undergo operations to remove the obstructed segment. But since this approach has its limits, clinicians are enthusiastic about developing complementary tools.

Researchers from Inserm and the Université de la Réunion are making progress on one of these potential tools: Darapladib. The agent was originally developed to reduce the risk of myocardial infarction and cardiovascular death. By exploiting its ability to specifically recognize the Lp-PLA2 enzyme − which is strongly overexpressed in unstable atheromatous plaques − the researchers hoped to be able to slow down or even reverse the plaque formation process. But the agent did not have the expected therapeutic effect. “This doesn’t call into question its very high affinity for Lp-PLA2,” explains Olivier Meilhac, the Inserm research director in charge of the study. “Using it as a tracer in the carotid artery could allow us to identify hazardous plaques and inform the decision of whether or not to operate.”

To convert the agent into tracer visible to nuclear imaging (positron emission tomography or PET), the research team had to make it radioactive.

The machine detects the radioactive signal, showing where Darapladib binds in the body.

Inserm Transfert and the Université de la Réunion have filed for a patent for this new application of an obsolete drug.

The researchers then tested their Darapladib, radioactively marked with fluorine-18, by comparing it with radioactive glucose (18F-FDG), which is routinely used to track cancerous cells. They injected one or the other of these products into the bloodstream of mice with atherosclerosis, then observed the affected blood vessels with PET. Darapladib was highly concentrated in the plaques, but the signal from 18F-FDG was weak.

Figure 1. 18F-Darapladib and 18F-FDG in the aortas and hearts of ApoE KO mice. The hearts were removed to facilitate dissection of the aorta and are represented by a dotted orange circle.

The researchers then incubated these products with fragments of human carotid arteries presenting atheromatous plaques (recovered from surgical operations), and they observed the same results. 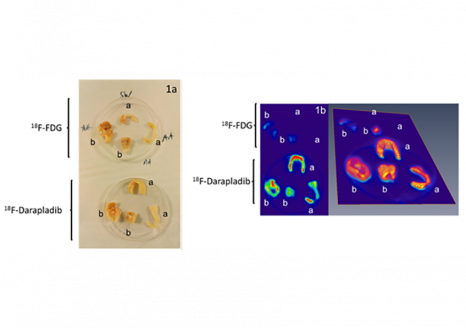 The value of the Darapladib clinical diagnosis now needs to be confirmed in preclinical and clinical trials to be conducted in the future. It also remains to be proven whether its target, Lp-PLA2, is truly associated with a risk of rupture when concentrated in certain plaques.

Synthesis and Automated Labeling of [18F]Darapladib, a Lp-PLA2 ligand, as potential PET Imaging tool of Atherosclerosis