A New Avenue to Explore in the Fight Against Sepsis 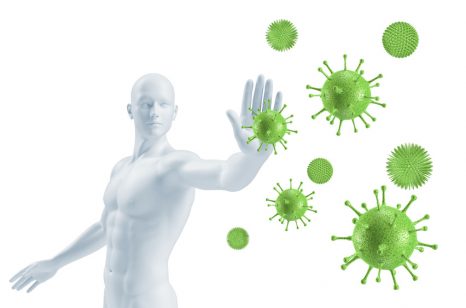 Inserm researchers have succeeded in producing a human protein in laboratory conditions and to use it against bacterial infections and for the treatment of sepsis. Sepsis is a systemic inflammatory response by the body to a serious infection. Should the inflammation reach a critical stage (septic shock), the condition becomes life-threatening. Sepsis kills one person every 3 to 4 seconds worldwide. This research, published in Scientific Reports, therefore represents a serious avenue to explore in the fight against a condition that currently remains a medical emergency.

In developed countries, there are 377 cases of sepsis per 100,000 inhabitants. Each year, it is responsible for the deaths of 6 million infants. In France, the mortality rate for sepsis is 27%, which rises to 50% for the most severe form of the infection. The number of cases is expected to double in 50 years’ time, mainly as a result of population aging (source:  Institut Pasteur). On the global scale, the situation is so serious that WHO delegates decided to recognize sepsis as a major public health concern at the World Health Assembly held in Geneva in May 2017. The next World Sepsis Day, an initiative of the Global Sepsis Alliance, will take place on September 13, 2017.

In the majority of cases, sepsis involves an infection caused by Gram-negative bacteria naturally present in the body (generally in the intestine) that become toxic in susceptible individuals. The toxic part of the bacterium is found on its outer membrane in the form of a lipopolysaccharide complex, known as an endotoxin.

The specific chemical aspect of these endotoxins formed the starting point of the study conducted by the Inserm researchers.  Indeed, previous studies have shown that plasma phospholipid transfer protein (PLTP) is able to bind to endotoxins located on the outer membranes of bacteria and even transport them to the liver. When infection is present, this protein therefore appears to play a role in eliminating the endotoxins.

The research team, with the help of an American team, studied a genetically engineered mouse model which had the particularity of no longer expressing the PLTP gene to verify this hypothesis. When these mice were injected with bacterial endotoxins, the researchers observed that they died without being able to fight the infection generated. Hence their hypothesis that PLTP presents previously unknown and potentially major importance in the domain of innate immunity.

The challenge was then to obtain sufficient quantities of human PLTP in order to conduct therapeutic tests to demonstrate its ability to counteract the effects of these endotoxins. For this, the researchers approached the “Development and Reproduction Biology” joint research unit at Inra, which is able to produce this protein in the milk of transgenic female rabbits.

Once obtained, the researchers tested the ability of PLTP to fight the inflammatory response in mice with sepsis. Quite small quantities of PLTP were all it took to obtain considerable improvements in the health of these mice. “However, our ultimate objective was to understand how it all works,” summarizes Laurent Lagrost.

Continuing their work, the researchers demonstrated that PLTP can block the proliferation of bacteria by weakening their outer membranes. They also observed that PLTP, in addition to being able to neutralize the activity of these endotoxins, can also disintegrate them before transferring them to lipoproteins. These lipoproteins, usually simple cholesterol transporters, have the ability to transform into emergency vehicles to escort the endotoxins to the liver for elimination via the biliary route.

“Unless we endogenously neutralize, within the body of the individual patient, the bacterial endotoxins that will be responsible for the inflammatory response and the entire resultant cascade of harmful effects, we cannot definitively resolve the problem. However, it appears that PLTP is able to neutralize these endotoxins and detoxify the blood, at least in mice,” conclude the researchers.

This approach is part of an original concept of biomimetics in which “the more we copy nature, the closer we get to the truth,” they add.

TO CITE THIS POST :
Press release – Inserm press room A New Avenue to Explore in the Fight Against Sepsis Link : https://presse.inserm.fr/en/a-new-avenue-to-explore-in-the-fight-against-sepsis/29374/