Action on Zika virus: In partnership with Brazil and the French Departments in the Americas, French research teams are taking action 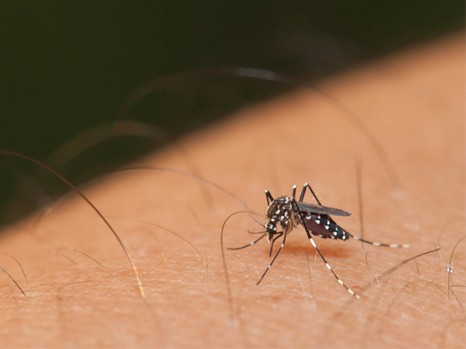 During this meeting, the researchers from the various research institutions, particularly Inserm, Institut Pasteur and the Institute for Development Research (IRD) presented the current state of scientific knowledge on Zika, this emerging virus of the arbovirus group (which includes dengue virus, yellow fever virus and the West Nile virus), known since 1946, which is currently present in some thirty countries in South America, Central America, in the Caribbean islands and the French Departments in the Americas, following its detection in Brazil in May 2015.

The main research projects already underway, or due to begin in France and in the French Departments in the Americas, were presented and discussed between the various assembled specialists—epidemiologists, entomologists, infectious disease specialists, virologists, and specialists in human and social sciences.

“With the experience obtained in the recent chikungunya and Ebola epidemics, the REACTing[1] network once again allows us to demonstrate that French research is capable of reacting to emergencies quickly and in a coordinated manner,” says Yves Lévy, President of Aviesan and Chairman and CEO of Inserm.

“The objective of this meeting was to bring together the research strengths present in metropolitan France, in the French Departments in the Americas, and in Réunion Island, in order to very rapidly draw up relevant research programmes capable of responding to the many issues raised by the Zika epidemic,” says Jean-François Delfraissy, Director of the Multi-Organisation Thematic Institute for Immunology, Inflammation, Infectiology and Microbiology (I3M). “The study of possible partnerships with Brazil was also on the agenda.”

Among the priority issues for research, we can mention the relationship between Zika infection during pregnancy and the occurrence of microcephaly in newborns, the study of the Zika virus’s neurotropism, with its potential clinical implications, modelling of the virus and its spatial conformation, methods for controlling Aedes mosquitoes, the vector for the virus, their behaviour and geographic distribution, and the development of sensitive and specific diagnostic tests to detect Zika virus infection.

– Observational studies, launched in January 2016, on the consequences of Zika virus infection in pregnancy during the epidemic. They should enable the monitoring of 5,000 pregnant women in Guadeloupe, French Guiana and Martinique, with the support of the Clinical Investigation Centre under the aegis of Inserm.

– Expansion of a pre-existing cohort for the study of endemic and emerging arboviral diseases in the French Antilles and in French Guiana, in children and adults affected by acute or asymptomatic infections, will enable closer study of the natural course of the disease and the relationships between the clinical phenotype and some immuno-virological parameters.

“The entire complement of internationally recognised French research teams, mobilised and coordinated by REACTing since October 2015, is now ready to advance even more rapidly, alongside the best European teams and in association with Brazil, the main country affected,” predicts Yazdan Yazdanpanah.

This network is organised around a steering committee of some fifteen human health specialists, and relies on an 8-member scientific committee and methodological centres located in the North (F. Mentré, Bichat University Hospital) and in the South (A. Fontanet, Institut Pasteur). REACTing does not target any particular disease, and may intervene in all infectious emergencies, particularly those of zoonotic origin. Its scope of action is broad, from basic research to the human and social sciences, favouring a cross-disciplinary approach.

The REACTing system has made it possible to mobilise French research teams for the chikungunya epidemic in the Antilles, and for Ebola as soon as the first cases were notified. In October 2014, it was reinforced by the establishment of a specific interministerial arrangement coordinated by Prof. Jean-François Delfraissy, the “Ebola task-force,” for managing actions to control the virus by pursuing three main objectives: (i) control and eradication of the epidemic; (ii) management of other public health emergencies unrelated to Ebola; (iii) anticipation of coming crises.

TO CITE THIS POST :
Press release – Inserm press room Action on Zika virus: In partnership with Brazil and the French Departments in the Americas, French research teams are taking action Link : https://presse.inserm.fr/en/action-on-zika-virus-in-partnership-with-brazil-and-the-french-departments-in-the-americas-french-research-teams-are-taking-action/22646/