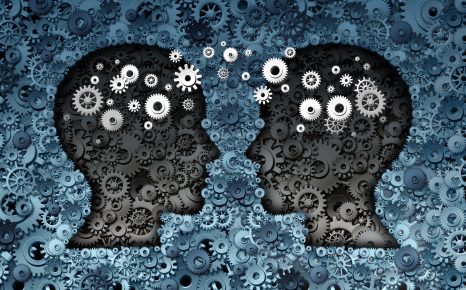 Thanks to antiretroviral therapies, it is possible to grow old with HIV under control. However, this chronic infection may not leave cognitive function unscathed. That is why Alain Makinson (Translational Research on HIV and Infectious Diseases unit, Montpellier University Hospital, Université de Montpellier, Inserm, IRD) and his team were interested in exploring the development of neurocognitive impairment (NCI), such as diminished attention, memory and motor capacity, in patients living with HIV in the ANRS EP58 HAND 55-70 study. In their latest research, published in Clinical Infectious diseases, the scientists describe the results of their observations of 200 people living with HIV enrolled in six French centers. The data collected from these patients were then compared, using the same neurocognitive evaluation methods, with those of a control population of 1,000 people of the same age, sex and education taken from Constances – a cohort recruited from the general population, with over 200,000 volunteers. The researchers reveal that among those living with HIV between the ages of 55 and 70, the risk of developing mild (and in some cases, symptomless) neurocognitive impairment increases by 50%.

Thanks to antiretroviral therapies, people living with the human immunodeficiency virus (PLHIV) can bring it under control. However, while HIV is no longer their major cause of death – having decreased substantially since the advent of these therapies – other risks must be considered. Several recent studies have highlighted the increased prevalence of neurocognitive impairment (NCI) in PLHIV compared with uninfected individuals – an increase that is all the more pronounced in those whose virus is not controlled. However, this NCI could also be caused by cardiovascular factors or the onset of depression, which is more common in this population.

In order to try to determine the nature of the link between living with HIV and developing NCI (such as diminished attention, memory and motor capacity), Alain Makinson and his coworkers studied the data of 200 PLHIV, between 55 and 70 years of age, whose HIV was under control and who were enrolled between January 2016 and October 2017 in the ANRS EP58 HAND (HIV-Associated Neurocognitive Disorder) study. Each patient was compared with five HIV-uninfected individuals of the same age, sex and education, from Constances – a cohort recruited from the general population. The same methods were used for both populations when performing the cognitive tests and collecting the study data. All in all, 1,200 people took part in this study.

Although the impairments observed in the study were either mild or without apparent symptoms (i.e. with zero to low impact on daily activities despite abnormal test results), those living with HIV were more affected by NCI: 35% versus 24% for the control group.

The conclusion remained the same after the authors took into account various confounding factors (alcohol consumption, smoking, physical activity, diabetes, hypertension, etc.), and despite the use of several methods to evaluate the cognitive tests.

Despite these highly robust results, a causal link between living with HIV and developing NCI cannot be established – for which there are several possible hypotheses. One is that HIV infection and its treatments cause recurrent brain inflammation. Another is that the complications associated with the immune deficiency can affect cognition before antiretroviral treatment is initiated, but without the subsequent deterioration occurring more rapidly in comparison with the general population. Finally, seropositivity could be associated with other risk factors (particularly drug use), which are difficult to measure fully in the two populations of this study.

The authors wish to continue to follow the same population over a longer period in order to better define the causes of NCI in this aging population and test the hypothesis of accelerated cognitive aging in PLHIV – particularly given that very few studies with a control group are available. Testing the brain inflammation hypothesis by collecting certain specific blood biomarkers represents another avenue for the team to explore in its quest to elucidate the mechanisms behind NCI.

Inserm’s commitment to the fight against the Covid-19 pandemic

Inserm has played a leading role in the French and international research spheres, rallying its many experts in subjects related to fundamental research, therapeutic research, and modelling. Participating also in France’s solidarity effort, the Institute has taken action to distribute tens of ...