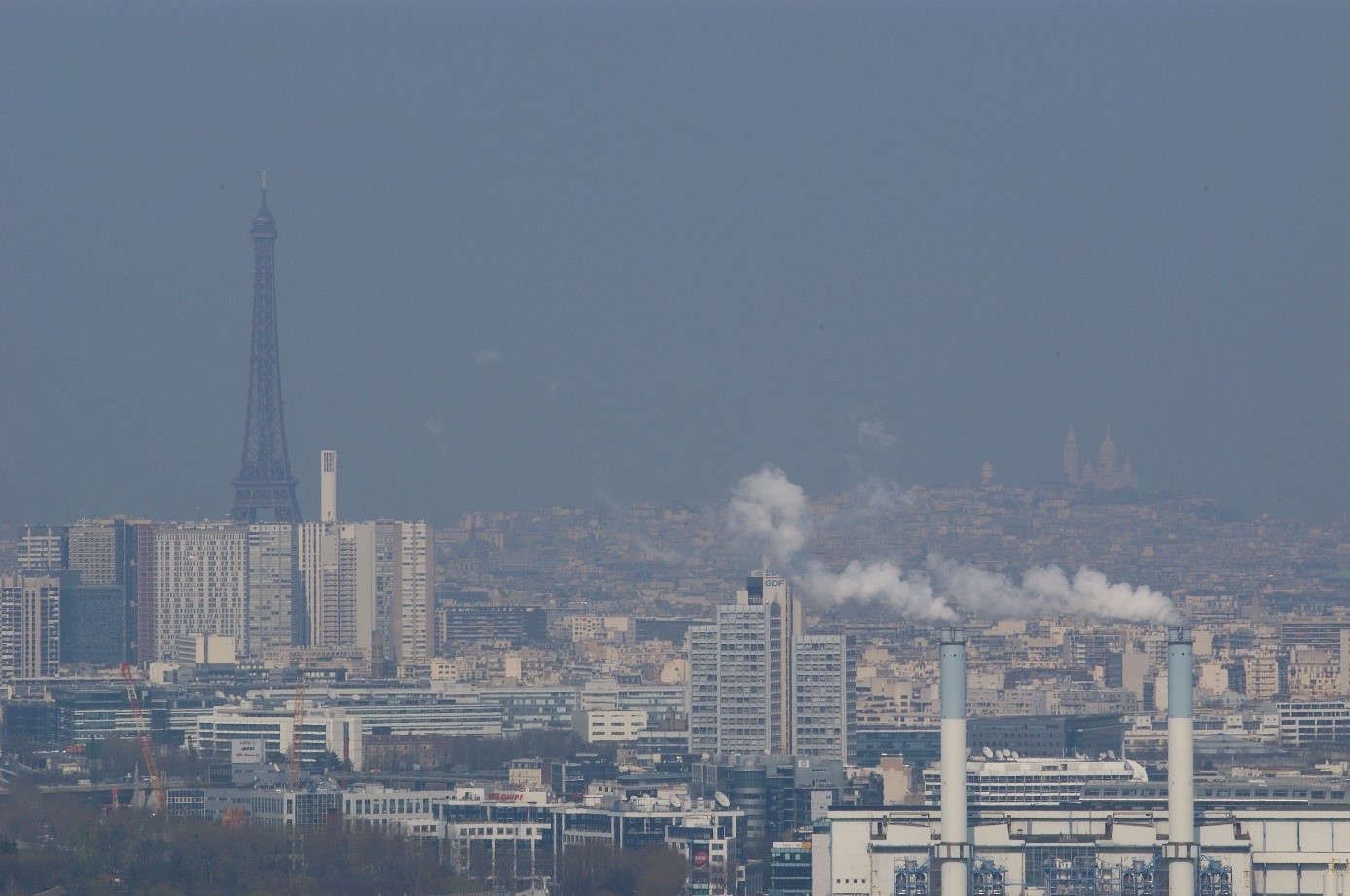 Air pollution is linked to thousands of deaths each year in France. © Adobe Stock

Air pollution is responsible for thousands of deaths each year in France. Knowing more about the health effects of its various components is therefore a priority. Scientists from Inserm, Université de Rennes 1 and EHESP School of Public Health at Irset and their counterparts from Université Versailles Saint-Quentin-en-Yvelines (UVSQ) at Joint Service Unit 11 chose to focus on black carbon – a constituent of the fine particles produced by incomplete combustion, particularly related to automobile traffic. While it has already been associated with numerous health problems, this research suggests for the first time that long-term exposure to black carbon is also linked to an increased risk of cancer, particularly of the lungs.Their findings were published in EHP on March 24, 2021.

Pollution of the air by fine particles1 is a major public health concern, with the scientific literature from the past several years showing a link to the risk of cancer. In 2013, the International Agency for Research on Cancer (IARC) actually categorized all fine particles as known human carcinogens.

However, the term fine particles represents a “black box”: not all of the components of these particles are likely to impact cancer risk in the same way. Several candidates are being studied to explain their adverse health effects. One such candidate is black carbon, named for its composition and color – a component of the fine particles resulting from incomplete combustion whose generally harmful effect on health has already been pointed out by the World Health Organization (WHO).

In their work at Irset (Inserm/Université de Rennes 1/EHESP) and Joint Service Unit (JSU) 11 (Inserm/UVSQ), Inserm researchers Emeline Lequy and Bénédicte Jacquemin specifically evaluated the link between long-term exposure to black carbon and lung cancer in order to elucidate the role of this component in the adverse health effects of air pollution.

Residential history and exposure to pollution

The scientists used health data from the participants in the Gazel cohort, which was set up by Inserm within JSU 11 in 1989 and groups around 20,000 participants who are followed up every year.2 The strong point of this cohort is that the history of where all the participants have lived over the past 30 years is available. Thanks to the European project ELAPSE, the researchers also had access to very precise estimates of the levels of pollution relating to where each participant had lived.

This cohort is also very well described when it comes to risk factors for cancer, such as the participants’ smoking habits, alcohol consumption, and occupational exposures.

Based on these data, the researchers and their colleagues determined the degree of association between the levels of local pollution to which the participants have been subject since 1989 and the risk of developing cancer in general, or lung cancer more specifically.

Using statistical models adjusted to take into account other risk factors and isolate the concomitant effect of the fine particles that include black carbon, they were able to specifically show the link between black carbon and cancer risk.

Their study suggests that the higher the levels of exposure to black carbon in the participants’ localities, the higher the risk of lung cancer. Those with the highest levels of exposure to black carbon since 1989 presented an approximately 20% increased cancer risk compared to those with the lowest exposures. An increased risk that rose to 30% for lung cancer. This component could therefore partially explain the carcinogenic effects of air pollution.

These findings, which are unprecedented on cancer incidence and which reinforce the existing scientific literature on other health problems, are important when it comes to guiding public decision-making in terms of health policies and the regulation of air pollution.

“At an individual level, it is difficult to recommend measures for limiting exposure to black carbon from ambient air particles. However, it is possible to adjust public policies if we can show which air pollutants cause the most harm. So we hope that our findings will help to expand knowledge in order to guide and refine these policies, for example by taking specific measures against black carbon, which mainly comes from automobile traffic,” emphasizes Jacquemin, the study’s last author.

The team now wishes to continue its analyses in order to study the effects on health of other specific pollutants, such as metals. The objective is also to continue to study the impact of black carbon in other, larger, cohorts such as Constances, with participants who have been recruited more recently, to determine whether air pollution, even at low levels, can affect health.

1 Particles with a diameter of less than 2.5µg, or PM 2.5. The term encompasses particles of natural and human origin.

2 The Gazel cohort was set up in 1989 by Inserm, in cooperation with several departments of EDF-GDF (French national gas and electricity companies). Since 2018, the collection of information from Gazel volunteers has been harmonized with that of the Constances cohort. https://www.gazel.inserm.fr/

Contribution of long-term exposure to outdoor black carbon to the carcinogenicity of air pollution: evidence regarding risk of cancer in the Gazel cohort