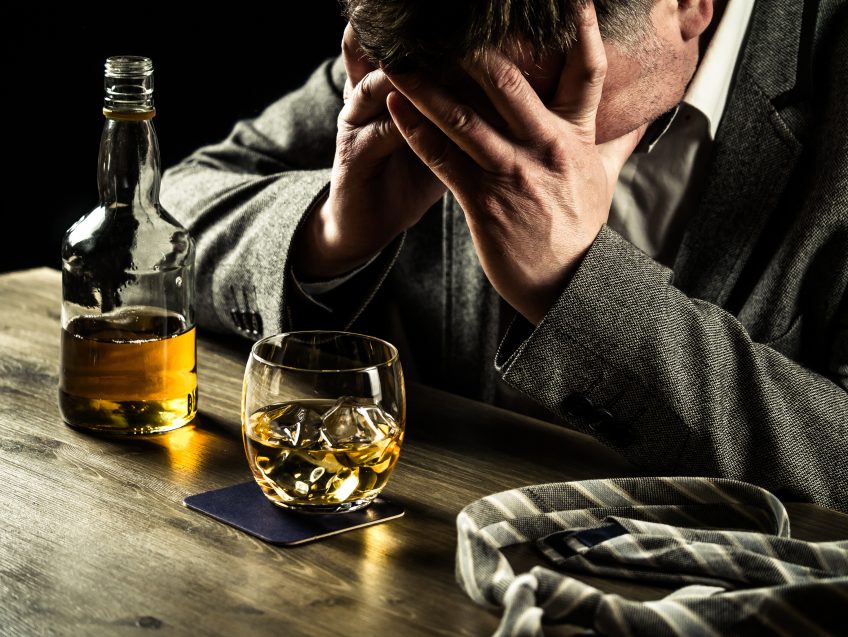 Excessive alcohol consumption is linked to a threefold increase in overall dementia risk and a twofold increase in that of developing Alzheimer’s disease, making it a major modifiable risk factor for these conditions. This is the conclusion of an Inserm study performed in collaboration with Canadian researchers via the QalyDays Study Group[1]. Using exhaustive data on hospitalizations in France between 2008 and 2013, the researchers studied the link between alcoholism and dementia. Their findings, published in The Lancet Public Health, confirm the importance of reinforcing measures to prevent the misuse of alcohol.

The list of alcohol-related conditions is getting longer. To cancer, liver and cardiovascular diseases can now be added dementia. Excessive alcohol consumption, corresponding to six or more glasses per day for men and four for women, is found to be linked to a threefold increase in dementia risk. This includes early-onset forms of dementia occurring before the age of 65 and directly attributed to alcohol, such as Korsakoff syndrome, vascular dementia caused for example by stroke, and neurodegenerative dementia such as Alzheimer’s disease.

Whereas some studies suggest a protective effect of low to moderate alcohol consumption on cognitive function, little data exists when studying high levels of consumption. It is indeed often the case that people with alcoholism refuse to participate in medical research cohorts. To get around this problem, the researchers used information from the French National Hospital Discharge database (Programme de Médicalisation des Systèmes d’Information, PMSI) which contains information on all causes of hospitalization. Using this database, they identified 31.6 million adults hospitalized between 2008 and 2013, of whom 1.3 million had dementia and 950,000 presented excessive alcohol consumption (as well as alcohol dependence in 85% of the cases). Following exclusion of the dementia cases which could be attributed to a clearly-identified pathology, the researchers found excessive alcohol consumption in 57% of the cases of early-onset dementia and 8% of those with onset after the age of 65. For all adults admitted to hospital, alcoholism rates were evaluated as being 6.2% in men and 1.5% in women.

According to analysis of this cohort, excessive alcohol consumption is linked to a threefold risk of dementia and a twofold risk of Alzheimer’s disease. After taking the other dementia risk factors into account, the researchers consider that not only is alcohol a risk factor for dementia, it can also be considered the biggest risk factor ahead of smoking and high blood pressure.

“We think that alcohol could precipitate the onset of these diseases and hasten their progression by increasing structural and functional damage in the brain, explain the paper’s authors Carole Dufouil, Inserm Research Director, and Michaël Schwarzinger (Translational Health Economics Network (THEN) and Inserm unit 1137 “Infection, antimicrobials, modeling, evolution” (IAME) affiliated researcher). However, many potential mechanisms remain to be elucidated. This study therefore once again raises the issue of the dangers of alcohol, suggesting that additional preventive measures could help reduce the risk of dementia and its financial and societal cost”, clarifies Carole Dufouil.

This research also confirms the interest of working with healthcare databases. “Using this type of data to reveal major health issues is looking very promising now that these databases have become accessible under the health system modernization law“, says Carole Dufouil. The researchers can now access the National Health Data System which pools several health databases[2] “The data used in our study are not perfect because they have not been collected specifically for our research. They do not, for example, enable the precise measurement of alcohol consumption, such as the threshold beyond which the dementia risk becomes high. But the number of cases is so high that the statistical power overcomes many of these imperfections. That is the major advantage of working with such databases”, conclude Michaël Schwarzinger and Carole Dufouil.