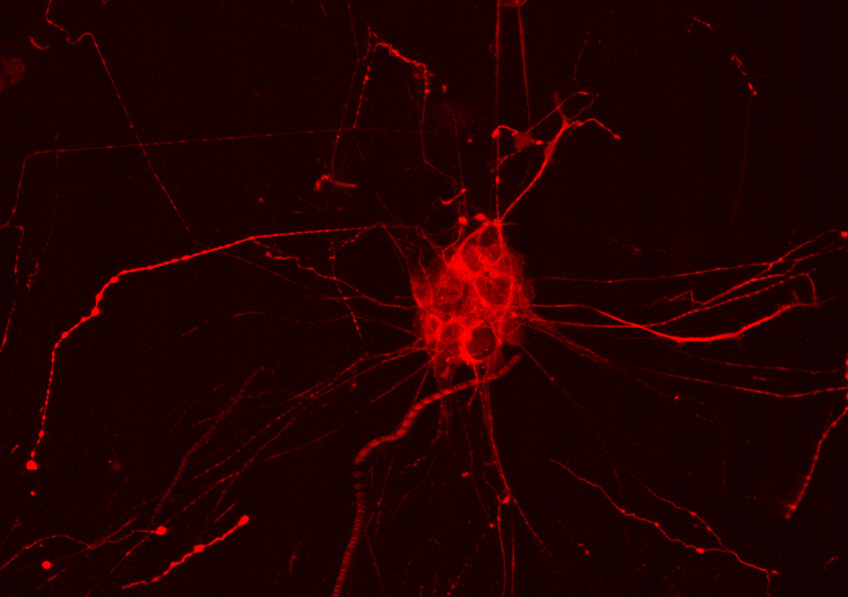 Knowledge of the genetic component of Alzheimer’s disease continues to deepen. The aim is not to predict the disease but reveal its pathophysiological mechanisms in order to develop new drugs. At Lille’s Institut Pasteur, an Inserm team led by Jean Charles Lambert within Inserm Unit 1167 “Risk factors and molecular determinants of diseases linked to aging” directed by Philippe Amouyel recently hit a new milestone thanks to the Genomics of Alzheimer’s Project (IGAP), in which the genomes of 94,000 people were analyzed. This research revealed five new genetic variants linked to the disease and has been published in Nature Genetics.

Out of the forty genetic variants now linked to Alzheimer’s disease, five have recently been discovered as part of the Genomics of Alzheimer’s Project (IGAP) co-led by the “Identification of molecular determinants of neurodegenerative diseases” team at Inserm unit 1167 at Institut Pasteur in Lille. This major project conducted in partnership with four international consortia*[1] studied 94,000 genomes – 35,000 of which from people with Alzheimer’s disease and 59,000 from healthy controls. The vast majority of cases concerned late-onset Alzheimer’s disease, with the researchers having excluded the early-onset familial forms.

The patients’ genomes were compared with those of the healthy individuals presenting an equivalent average age. The objective was to look for variants, namely distinct DNA sequences between these two groups statistically linked to the development of the disease. The scientists reviewed 11 million of them, revealing five new variants linked to Alzheimer’s disease either in or in proximity to the genes IQCK, ACE, ADAM10, ADAMTS1 and WWOX. One of the five was a rare variant found in less than 1% of the patients. “The discovery of this rare variant validates the strategy of building increasingly large cohorts to obtain a very high statistical power. By increasing their size yet further, we will be able to look for more rare variants which probably represent a large part of the as yet undiscovered genetic component of this disease”, considers Jean-Charles Lambert, Inserm researcher and co-leader of this research.

Some of these new variants are concentrated in regions implicated in the metabolism of the Tau and amyloid precursor proteins, whose role in Alzheimer’s disease is already known – particularly in its familial forms. “This suggests shared mechanisms in the early or later forms”, explains Lambert. Treatments targeting these mechanisms could therefore be effective against these two forms. But variants are also found in regions implicating immunity, which is very interesting because it could validate a current research avenue. “One hypothesis is that the microglia, made up of immune cells related to the macrophages and playing a role in defending the brain, is implicated in the disease”, clarifies Lambert. For the researchers, it is probable that these variants control shared biological pathways which would lead to multiple impairments and the onset of the disease.

Given the repeated failures of the therapeutic trials in Alzheimer’s disease, better knowledge of the variants linked to the disease and the pathophysiological mechanisms they control is fundamental if new therapeutic strategies are to be developed. A new European project coordinated by Lambert – in which a yet larger number of patients will be enrolled to continue this mission – is already on the drawing board: the European DNA bank for deciphering the missing heritability of Alzheimer’s disease (EADB).

An Inserm team led by researcher Vittoria Colizza at Pierre Louis Institute of Epidemiology and Public Health (Inserm/Sorbonne Université) has modeled the potential spread of 2019-nCoV in order to orient prevention and surveillance policies. A model which comes with one caveat: derived ...

A list of members and affiliations appears in the Supplementary Note