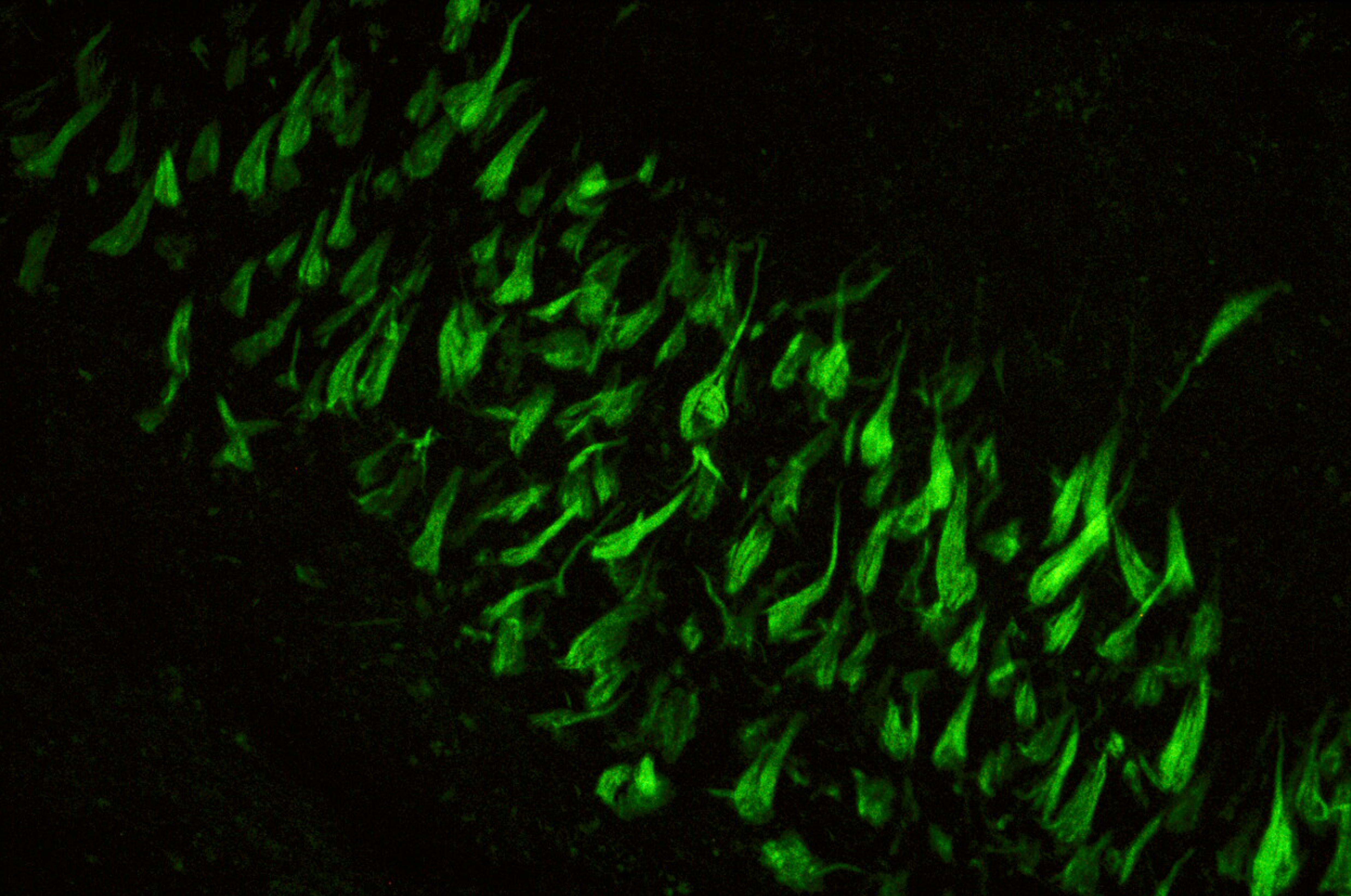 The propagation of tau protein aggregates in the brain contributes to the progression of Alzheimer’s disease. Researchers at the Neurodegenerative Diseases Laboratory: mechanisms, therapies, imaging (CNRS/CEA/Université Paris-Sud, MIRCen), working in collaboration with the Ecole Normale Supérieure, Sorbonne University and Inserm, have just identified the targets of these aggregates. Published in the EMBO Journal on 10 January 2019, this work will enable the development of tools capable of blocking these key elements of aggregate propagation and thus combating their pathological effect.

The aggregation of alpha-synuclein proteins in Parkinson’s disease and tau proteins in Alzheimer’s disease is intimately linked to the progression of these neurodegenerative diseases. These aggregates propagate from one neuronal cell to another, attaching themselves to the cells.

They multiply[1] during this propagation. It has already been shown that the propagation and amplification of these protein aggregates are harmful and contribute to the progression of these diseases.

Understanding the formation of these aggregates, their propagation and their multiplication in the cells of the central nervous system offers potential for treatments: it would make it possible to target these processes and to act on their consequences.

The key step in the propagation of the pathogenic aggregates is the attachment of aggregates released from affected neuronal cells to the membranes of unaffected cells. Having already identified the targets of pathogenic aggregates of the alpha-synuclein protein (Shrivastava et al., 2015 EMBO-J), the team at the Neurodegenerative Diseases Laboratory (CNRS/CEA/Université Paris-Sud , MIRCen, Fontenay-aux-Roses), in collaboration with the Ecole normale supérieure, Sorbonne University and Inserm, has just identified the targets of tau protein aggregates. The targets are the sodium / potassium pump and glutamate receptors, two essential proteins for the survival of neurons The experiment was carried out on mouse neurons in culture.

This work therefore explains the early malfunctioning of the synapses and the degradation of normal communication observed in the neuronal networks as the disease progresses.

It also paves the way for the development of new treatment strategies based on protecting the integrity of the synapses, restoring the activity of the tau protein membrane receptors through the use of decoys to prevent harmful interaction between the pathogenic tau protein aggregates and their neuron membrane targets. These therapeutic approaches could be developed using human neurons, since researchers at the laboratory have just developed cultures of this type in collaboration with the I-Stem (Institute for Stem Cell Therapy & Exploration of Monogenic Diseases, AFM-Téléthon/Insem/Génopole/University of Evry-Val-d’Essonne) laboratory and Sorbonne University. This latter study is also published on 10 January 2019, in Stem Cell Reports[2].

About the Neurodegenerative Diseases Laboratory: mechanisms, therapies, imaging (LMN), a joint research unit of the CEA, CNRS and Université Paris-Sud.

The laboratory brings together nearly 60 scientists with research interests in neurosciences covering the mechanisms of degeneration, animal models, brain imaging and the study of gene-, cell- and drug-based strategies for treating neurodegenerative diseases such as Alzheimer’s disease, Parkinson’s disease and Huntington’s disease.

The LMN is located at MIRCen (Molecular Imaging Research Centre), a preclinical research facility developed by the CEA and Inserm. MIRCen is one of the departments of the CEA’s François Jacob Institute of Biology, on the Fontenay-aux-Roses site at CEA Paris-Saclay.

The adult brain has a very limited capacity for regeneration. However, researchers have updated the role of a key membrane molecule in the proliferation of stem cells in the adult mouse brain: Syndecan-1. CEA, Inserm and the Paris-Sud and Paris Diderot universities ...