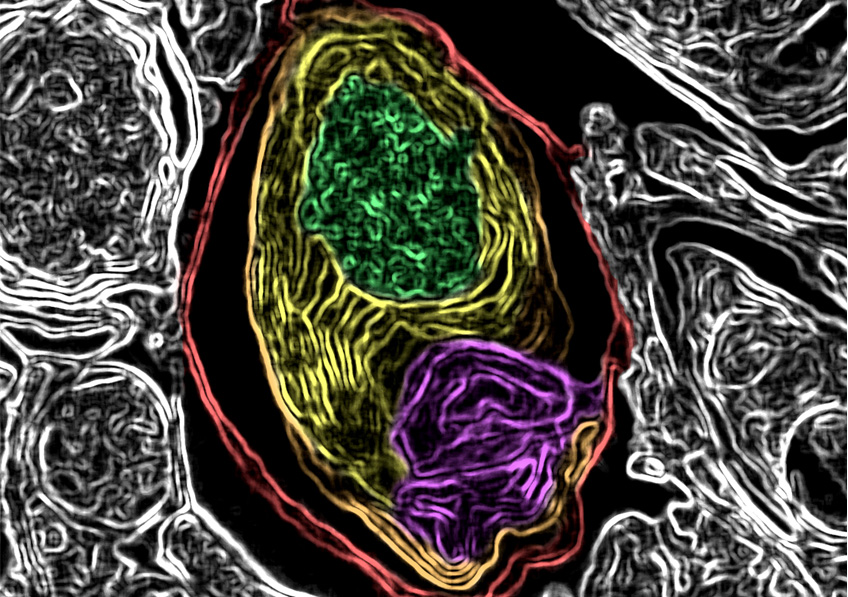 A study published in The Lancet on 11 february 2019 shows that direct-acting antivirals have short-term clinical benefits in the treatment of hepatitis C virus infection. These results come from ANRS-funded interdisciplinary research conducted by clinicians,hepatologists, and epidemiologists of the Inserm, Sorbonne University and AP-HP and coordinated by Professors Fabrice Carrat and Stanislas Pol, and Dr Hélène Fontaine,[1] in 9895 patients of the ANRS CO 22 HEPATHER national cohort recruited in 32 centers in France.

The most recent treatments of hepatitis C virus (HCV) infection, the direct-acting antivirals (DAAs), are remarkably effective. Indeed, they eliminate the virus in almost all treated patients (95% in general) in 8 to 12 weeks. DAAs were first prescribed in France in 2014. Initially, priority was given to patients with advanced HCV infection, but from January 2017 DAA therapy was extended to all patients with chronic HCV infection.

The virologic efficacy of DAAs is well established, but until now prospective data on their clinical efficacy (ie, their impact on the progression of liver disease associated with HCV infection in real life) were scarce and related to highly selected patients or to patients from retrospective surveys. An ANRS-funded team of researchers has now compared clinical progression of HCV infection in patients receiving or not receiving DAA therapy. The researchers monitored clinical progression in “real life” in 9895 HCV-infected patients included between 2012 and 2015 in the ANRS CO22 HEPATHER cohort (see box below).

In these 9895 patients, who were followed up for a median period of 33 months(2), statistical analysis showed in the 7344 patients who received DAAs before the end of the study that this treatment was associated with reductions in mortality and in the occurrence of hepatocellular carcinoma (liver cancer). After adjustment for individual factors (age, disease staging, presence of other diseases, etc.), the patients treated with DAAs showed a 52% reduction in mortality risk and a 33% decrease in the risk of liver cancer compared with patients at a similar disease stage but not treated with DAAs.

“We could have expected these results. It seems logical that the elimination of the virus causing the damage is linked to clinical improvement,” said Prof Fabrice Carrat. “Our results show that these benefits are obtained soon after virologic control and the patients are no longer highly selected as in early trials. Our analysis reflects real-world efficacy for all patients.”

The prolonged collection of data from these patients cured of an HCV infection will allow definition of the long-term benefit of DAA therapy and of the modalities needed for medical follow-up (How frequent should liver cancer screening be? How long after the cure? At what cost?). One of the difficulties sometimes encountered in this sort of study arises when patients who are cured are lost to follow-up. The “linking” of medical data from the patients of ANRS CO22 HEPATHER cohort to the national health data system (SNDS), which was validated by the French Data Protection Authority (CNIL) on 19 July 2018, should help researchers obtain exhaustive information on healthcare consumption by these patients over the long term.

This study was conducted in collaboration with the AFEF (French Hepatology Society) and supported by the ANR (French National Research Agency) in the framework of investments for the future and from industrial partners: Gilead, Abbvie, MSD, Janssen BMS, and Roche.
The ANRS CO22 HEPATHER cohort initiated in 2012 in collaboration with the French Association for the Study of the Liver now includes more than 21 000 patients (6500 infected by HBV, 14 600 by HCV, and 95 by both). The main purpose of this cohort, which is coordinated by Professors Fabrice Carrat and Stanislas Pol, and Dr Hélène Fontaine, is to measure the benefits and risks associated with different therapeutic modalities in the management of hepatitis B and hepatitis C and to identify their individual, virologic, environmental, and social determinants.

(2) Median: the value that separates the higher half from the lower half of a data sample.