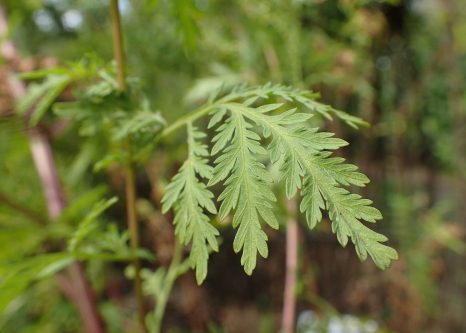 The composition and quality of non-pharmaceutical remedies based on Artemisia vary greatly due in particular to differences in the composition of the plant materials used. © Krzysztof Ziarnek, Kenraiz / CC BY-SA

Native to Asia, the Artemisia plant has been used in traditional Chinese medicine for centuries. Nearly 400 species of the plant now grow around the world, including Artemisia annua (annual mugwort). It is from this species that artemisinin is extracted, the active ingredient contained in the main antimalarial treatments used to treat the disease today.

For several years now, a debate has been raging in the scientific community about the efficacy of various non-pharmaceutical products based on Artemisia, such as infusions or herbal products. While some believe that these plant-based treatments have a role to play in the fight against malaria, particularly in endemic and remote areas, most researchers point to the lack of solid efficacy data.

The issue has not finished being discussed, especially since in the context of the Covid-19 pandemic, Artemisia is once again in the spotlight after the Malagasy president announced that a drink based on extracts from the plant, called Covid-Organics, could be a cure for the new coronavirus SARS-CoV-2.

Other African countries have already followed suit, including the Democratic Republic of the Congo, which wants to launch a clinical trial to measure the effectiveness of Artemisia annua herbal tea in the treatment of Covid-19. Canal Détox is taking stock of the situation in order to cut short the preconceived ideas about this plant described by some as “miraculous”.

The treatment of malaria recommended by WHO is now based on artemisinin-based combination therapies (ACTs). The idea is to combine an artemisinin derivative, which acts quickly and effectively to eliminate parasites, with a drug to prevent their recurrence. The aim of this therapeutic combination is therefore to achieve a cure for the patient by completely eliminating the parasite from the blood to prevent it from evolving into a serious and potentially fatal form. It should be noted that artemisinin derivatives are no longer used alone as monotherapies since 2017 to prevent the emergence of resistant strains of the Plasmodium falciparum parasite.

In some malaria-endemic areas of the world, however, access to ACTs may be limited or too costly for patients. For this reason, the use of the whole plant containing artemisinin, particularly in the form of herbal tea, has been promoted by various actors. This natural treatment would work because of the presence of artemisinin and other compounds in the plant, interacting together to reduce the number of parasites in the blood. To eliminate all infectious agents in the blood, a sufficiently high dose of herbal tea would have to be taken, at the risk of a new malaria crisis.

Problem: the composition and quality of non-pharmaceutical remedies based on Artemisia vary greatly due in particular to differences in the composition of the plant materials used, which can be influenced by various genetic and environmental factors (temperature, time and place of harvest, etc.). Similarly, the method of preparation of herbal teas and the dose of active ingredient contained in them are not standardized, and may also vary from one product to another. If these treatments can therefore improve the symptoms of certain patients, uncontrolled and often insufficient doses can lead to therapeutic failure: not all parasites are eliminated, the disease may reappear.

Furthermore, artemisinin resistance also has a greater likelihood of developing and spreading when a parasites population is exposed to too low levels of this active ingredient. Finally, the potential toxicity of herbal tea has not been accurately assessed in all populations and safety data are still patchy.

Some believe that the use of the whole plant would have an added value compared to ACTs because compounds other than artemisinin could have activity against the parasite, or could act in synergy with it, improving its efficacy and bioavailability, for a more powerful anti-malarial effect. The administration of the plant would thus not be similar to a monotherapy containing only one active principle against the parasite, but to a therapy containing several active principles acting in concert. This would reduce the risk of parasites developing resistance.

Several studies, mainly in vitro, have been conducted on the subject. The results are still contradictory and difficult to apply to humans, but on the whole, they suggest that the activity of other plant components against P. falciparum, such as flavonoids, is negligible compared to that of artemisinin. Finally, while some compounds do indeed appear to work in synergy with artemisinin, the risk is that they are rapidly degraded in the herbal tea.

To test the efficacy and safety of these non-pharmaceutical therapies, rigorous clinical trials are necessary. The main studies of the in vivo efficacy of Artemisia extracts have mainly been carried out using animal models of malaria. The results are of definite interest and advance research, but they cannot be applied as they stand to humans.

Clinical studies that have been conducted, while they appear to rule out the risk of adverse effects at this time, have often been conducted on a small sample of patients, with many methodological biases and/or too short a follow-up period, thus compromising the significance of the efficacy results.

Further research efforts are needed to resolve this debate. As a first step, it would be crucial to conduct better quality studies to test the hypothesis that the plant, when administered as a herbal tea and in sufficient quantity, contains several active ingredients against the parasite, acting or not acting synergistically. It is also clear that the debate cannot be resolved without new therapeutic trials based on more robust methodology and good clinical practice, including populations particularly at risk for malaria, such as pregnant women and children.

While it is mainly another anti-malarial drug, hydroxychloroquine, that has been the talk of the town in the midst of the Covid-19 pandemic, the debate on the efficacy of Artemisia annua against Covid has also been launched following the announcement by several African governments expressing interest in the Malagasy remedy Covid-Organics and in general in this plant in the treatment of the disease.

This interest in Artemisia in the context of coronavirus epidemics is not new. Already during the SARS epidemic in China in the early 2000s, studies had highlighted the antiviral properties of the plant’s extracts. Clinical trials on the effects of traditional Chinese medicine (including the use of Artemisia) had been conducted. Positive effects had been reported on some patients, although their methodological rigour had been criticized.

The idea was recently echoed in an editorial published in the journal Nature Plants in March, suggesting that some herbal treatments could be interesting complementary therapies to drug treatments. However, this hypothesis should be rigorously tested to ensure that plants do not interact with drug treatments given to patients.

In Germany, scientists have initiated in vitro studies to test the efficacy of plant extracts against SARS-CoV-2. The team evaluated its activity against SARS-CoV-2 in a monkey lung cell model, and suggested that Artemisia herbal teas would have an antiviral effect. The hypothesis of an anti-inflammatory effect of the plant has been put forward, but no clinical data have been provided to date to support it. These results should therefore be taken with caution, especially since no figures on the extent of the antiviral effect have been shared and nothing has yet been published, either in preprint or in a peer-reviewed journal.

The plant therefore opens up interesting avenues of research, but in the absence of robust data or longer-term studies with controlled doses of Artemisia annua extracts, it does not currently constitute a treatment against Covid-19. Very rigorous clinical trials, conducted in a multidisciplinary manner with a solid methodology are therefore more than ever necessary to reach a conclusion in this thorny debate. 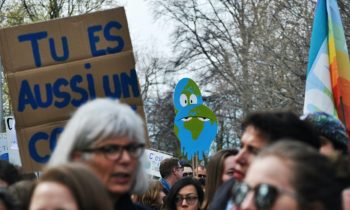 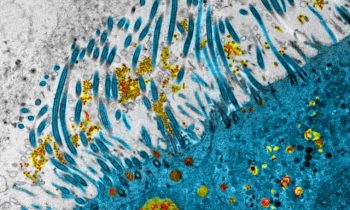 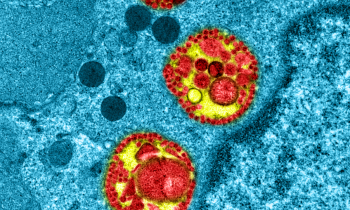