Benzodiazepine use is associated with a risk of developing dementia

A link between benzodiazepine use and the occurrence of dementia has been observed in a study, the results of which are published in the journal Alzheimer’s and Dementia, conducted by a team of Inserm researchers directed by Christophe Tzourio (Inserm Unit 897, “Epidemiology and Biostatistics Center,” Univ ersity of Bordeaux). More precisely, it is mainly the long half-life benzodiazepines (which disappear from the body in over 20 hours) that are associated with the risk of dementia. In this study, people taking long half-life benzodiazepines have a 60% increased risk of dementia. 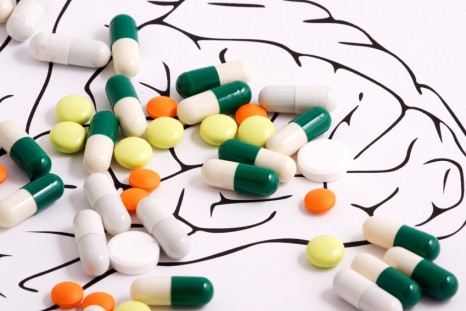 Benzodiazepines and psychotropic drugs are the mostly widely used drugs in France. It is estimated that 30% of people aged 65 and over are users. They are prescribed for a wide spectrum of illnesses, from sleep disorders through to anxiety and depressive symptoms. Since they are widely used, the researchers are looking at their potential side-effects in relation to their interactions with neurotransmitters in the brain. Although previous studies had already suggested an increased risk of dementia following use of psychotropic drugs, many questions remained unresolved. One such question concerned the difference in the potential effects of short half-life benzodiazepines (which disappear from the body within 20 hours) versus those of long half-life benzodiazepines.

To try to find out more, the Inserm researchers focused on data from The Three City Study (3C Study; Bordeaux, Dijon and Montpellier), i.e. 8,240 people aged over 65 years and monitored for over 8 years. 830 new cases of dementia were diagnosed during this period of monitoring. A procedure for screening and diagnosing each case of dementia was established by an expert committee. It was also possible to systematically record all drugs used by the participants at home, by referring to prescriptions.

“There is a clear difference in effect between long- and short-lived benzodiazepines. Moreover, the former have already been identified as dangerous for older people, particularly because of the risk of falls, and we were surprised to see that they were still in frequent use,” says Christophe Tzourio, neurologist, Director of Inserm Research Centre U897 and Professor of Epidemiology at the University of Bordeaux.

Older people taking long half-life benzodiazepines have a 60% increased risk of developing a dementia (mainly of Alzheimer’s disease type) that cannot be explained by other factors. The authors performed in-depth statistical analyses that allowed the elimination of some bias, including the fact that taking benzodiazepines may have been due to early symptoms of dementia.

It is, however, an observational study, which does not allow analysis of the mechanisms of this association. These should become the subject of physiopathological studies, studies using imaging, animal models, etc.

Despite the absence of certainty about the mechanism, “The suspicion is strong enough to encourage physicians and patients to find alternative treatments for sleep disorders in older patients, which are the main reason for prescribing these drugs: advice on lifestyle changes, non-drug products, and, at most, less dangerous drugs such as the short half-life benzodiazepines.”

“Our results suggest, at a minimum, that there should be greater vigilance by all, especially physicians and health authorities, to avoid this use of long half-life benzodiazepines in older people,” says Christophe Tzourio.

The effect for psychotropic drugs overall, including anti-depressants, needs to be confirmed by further studies, but it also gives rise to some concerns over these products as a whole, and not only benzodiazepines.

TO CITE THIS POST :
Press release – Inserm press room Benzodiazepine use is associated with a risk of developing dementia Link : https://presse.inserm.fr/en/benzodiazepine-use-is-associated-with-a-risk-of-developing-dementia/21661/