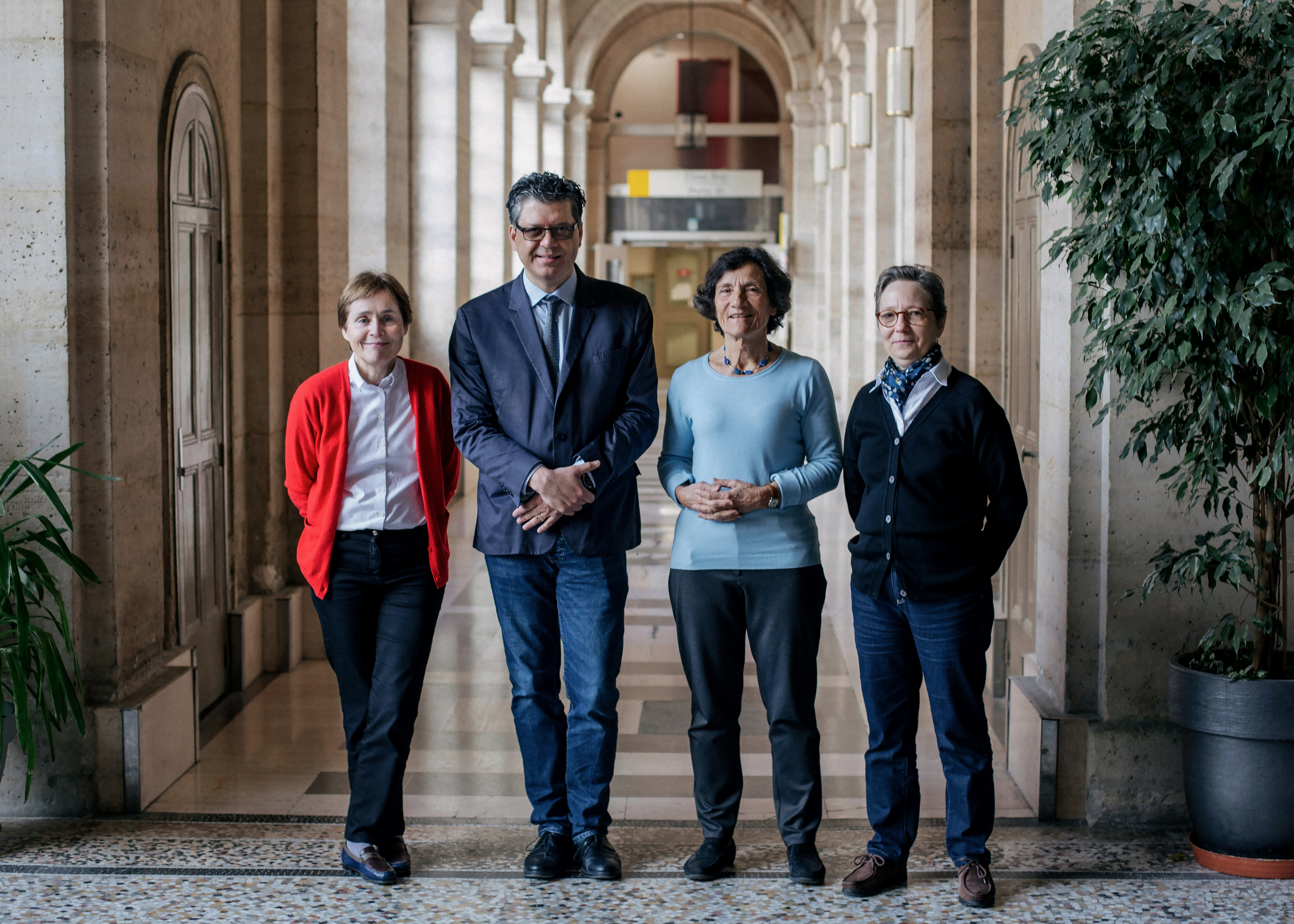 Awarded by the Danish Lundbeck Foundation, the “Brain Prize” is a major international award for scientific importance of their research in neuroscience. It has a total of one million euros.

He puts this year in honor of the work begun there nearly forty years by four French scientists on CADASIL, a hereditary cerebrovascular disease, which causes migraine attacks, stroke and cognitive decline. Today is the genetic disease of small cerebral vessels most frequently diagnosed.

The four winners of the French “Brain Prize 2019” are:

> Professor Hugh Chabriat , head of the neurology department of the hospital Lariboisière AP-HP, coordinator of the reference center for rare vascular diseases of the brain and the eye (CERVCO), professor of neurology at the University Paris Diderot and researcher at the research team “cerebrovascular diseases, genomics, imaging and personalized medicine” in the unit of Paris-Diderot – Inserm 1141 “NeuroDiderot”. Prof. Chabriat also co-coordinates the University Hospital Department (DHU) neurovasc Sorbonne Paris Cité.

> Professor Marie-Germaine Bousser , former head of the neurology department at the hospital Lariboisière AP-HP and emeritus professor of neurology at the University of Paris Diderot.

> Dr. Anne Joutel, Research Director Inserm, director of the team “pathophysiological mechanisms of diseases of the small cerebral vessels” at the Institute of Psychiatry and Neurosciences Paris Descartes – UMR1266 Inserm and professor in the pharmacology department University of Vermont (USA).

The four scientists showed that CADASIL (for “Cerebral Autosomal Dominant arteriopathy with sub-cortical Infarcts and Leukoencephalopathy”) is an inherited cerebrovascular disease caused by mutations in the NOTCH3 gene on chromosome 19. This condition is responsible for migraine attacks and stroke, can lead to severe motor and cognitive disorders. Patients may also suffer from depression, difficulty concentrating, a slowdown and balance disorders.

Meditation as a tool to prevent dementia and improve the mental health and well-being of elderly people is one of the avenues explored by the European Medit-Ageing research program, coordinated by Inserm. As part of this program, researchers from Inserm and Université ...