Liver Cancer: When the Cell Environment Plays a Role in Tumor Development 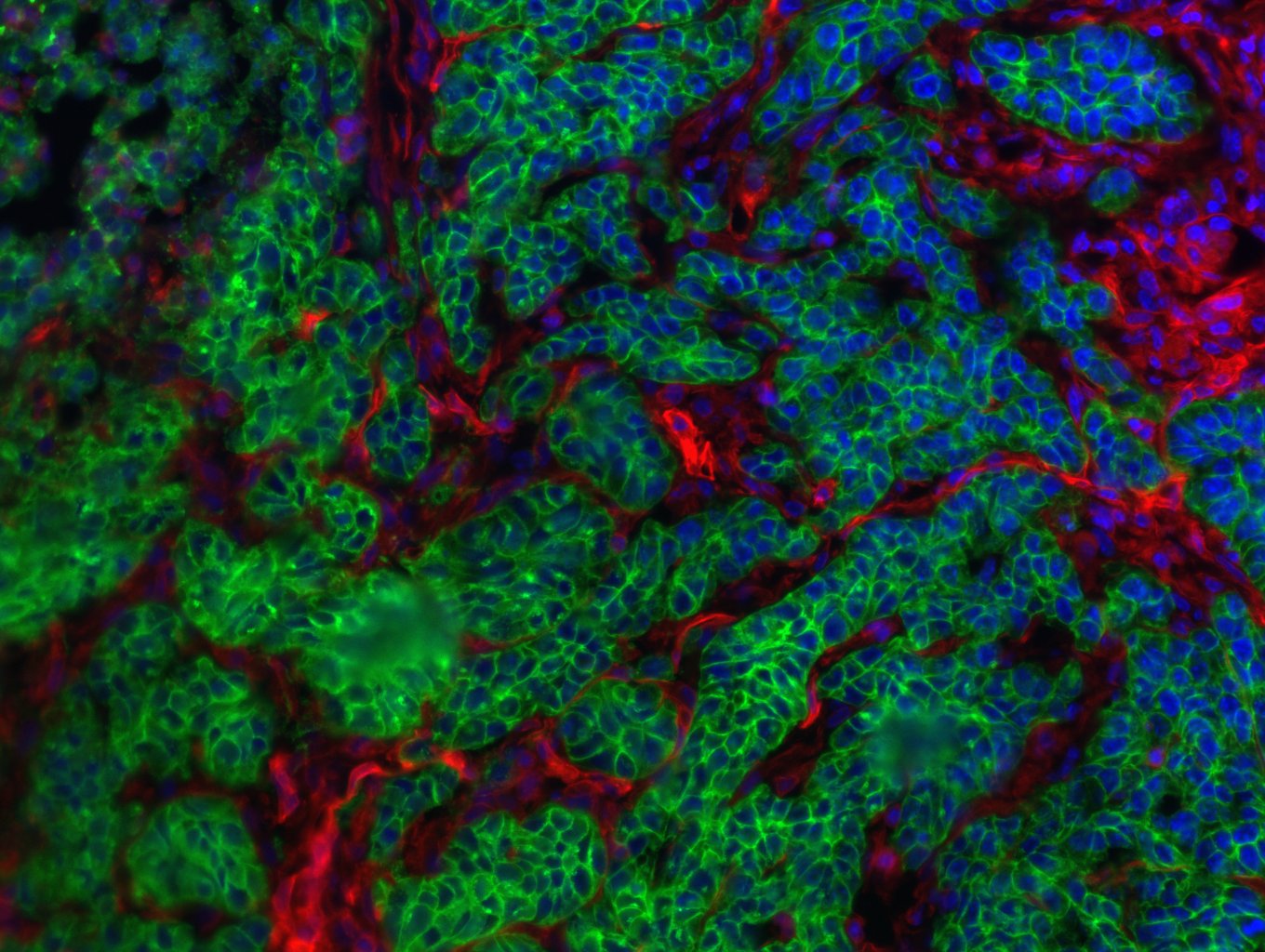 Liver cancer is the second most deadly form of cancer worldwide. While the majority of patients develop hepatocellular carcinoma, 10 to 20 % develop the second type of primary liver cancer: intrahepatic cholangiocellular carcinoma – a highly-invasive cancer of the liver bile ducts. And while both these tumor types have some risk factors in common, the number of patients presenting with intrahepatic cholangiocellular carcinoma has seen a marked increase in recent years. A team of researchers led by Prof. Lars Zender from University Hospital Tübingen (Germany), in conjunction with researchers from the National Cancer Institute (Bethesda, United States), Institut Pasteur, Inserm and CNRS, has recently demonstrated that the cell environment, with its dying liver cells, determines the path taken by the tumor cells. These findings were published in Nature on September 12, 2018.

Despite the progress made in the early detection and treatment of many types of cancer, and the resulting fall in death rates, a marked increase in mortality has been observed in patients with liver cancer. Hepatic steatosis (fatty liver), which is on the rise in western countries, often involves chronic liver damage, and represents a risk factor for liver cancer. Surprisingly, patients with the same predisposition, or risk factors for liver damage, develop hepatocellular carcinoma (HCC) or intrahepatic cholangiocellular carcinoma (ICC), indiscriminately. Yet these two cancers differ in their behavior and how they are treated.

The environment of the cancer cells, and particularly the type of cell death occurring in this environment, proves decisive to the development of the cancer (HCC or ICC).  Indeed, researchers from University Hospital Tübingen, NIH, Institut Pasteur, Inserm and CNRS have recently demonstrated that cell death type is a key factor in the development of tumor cells into a specific hepatic tumor.

With necroptosis, the cell membrane dissolves and the cell content causes inflammation in the environment of the cancer cell. In the case of classical programmed cell death, small vesicles form which are eliminated by the immune system. These findings were verified in mouse models and human tissue samples1.

What do these discoveries mean for clinical practice?

“Future research will have to investigate whether the direct cell environment affects not only the type of tumor development but also the therapy,” says Prof. Lars Zender. In the treatment of HCC with chemoembolization, it has already been observed that a part of the original liver cancer can develop into a bile duct carcinoma. This could be a reason why the cancer no longer responds to the original therapy. “We may be on the trail of a therapy resistance mechanism for liver cancer, states the oncologist, and we hope that the findings will inform novel therapeutic options in the future. ”

Oliver Bischof2 adds: “This study demonstrates the importance of transcriptomics, epigenomics and bioinformatic analysis in the study of molecular events and signal transduction pathways at the root of different tumor entities. Future cancer research, with the contribution of “omics” analyses, will play a valuable role in identifying new avenues for therapeutic intervention against this disease. ”