Cancer under pressure: visualizing the activity of the immune system on tumor development 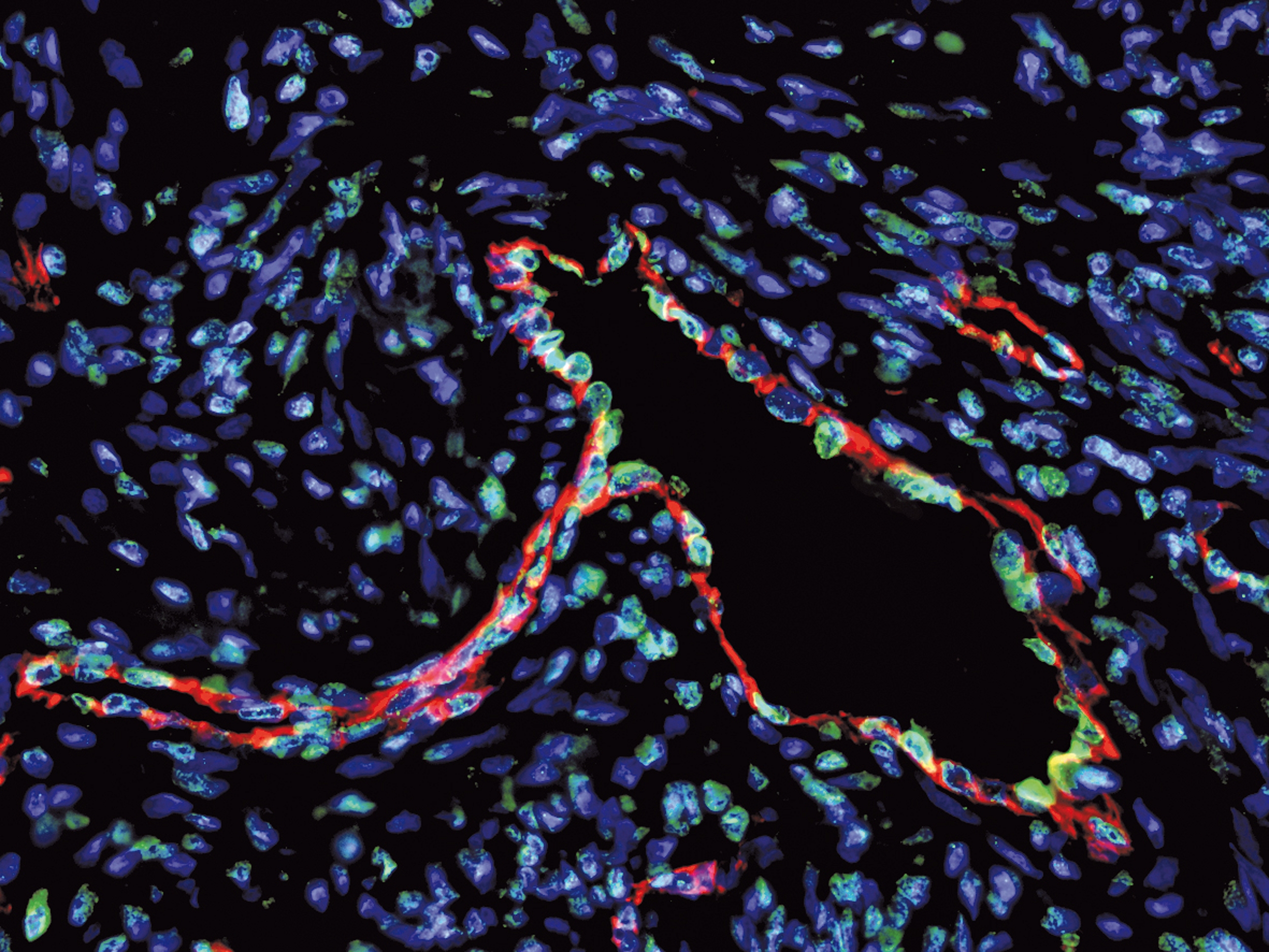 As tumors develop, they evolve genetically. How does the immune system act when faced with tumor cells? How does it exert pressure on the genetic diversity of cancer cells? Scientists from the Institut Pasteur and Inserm used in vivo video techniques and cell-specific staining to visualize the action of immune cells in response to the proliferation of cancer cells. The findings have been published in the journal Science Immunology on November 23, 2018.

Over time, the uncontrolled proliferation of tumor cells results in the accumulation of new mutations and changes to their genome. This gradual process creates significant genetic diversity among the cancer cells in any given patient. And although the cells in the immune system, especially T cells, are potentially able to eliminate these abnormal cells, tumor diversity can have a harmful effect, complicating the action of the immune system and rendering some therapies ineffective. Understanding this frantic race between tumor development and the immune response is key to the success of future immunotherapy techniques.

In their study, the scientists marked each cancer cell subclone with a separate color in a mouse model. By monitoring these different colors they were therefore able to characterize the evolution of tumor heterogeneity in time and space. They were also able to observe the contacts between T cells and cancer cells and determine how some tumor cells are destroyed. Their research highlights the drastic impact the immune system can have on tumors by reducing their heterogeneity.

Visualizing different clusters of cancer cell clones.
This video illustrates how tumor subclones, each marked by a different color (blue, orange and green), develop in the bone marrow. The vessels are shown in white. © Institut Pasteur / Philippe Bousso

The same impact on the heterogeneity of tumor cells has also been observed in response to immunotherapies that release the brakes on the immune system, an approach which was awarded the Nobel Prize in Physiology or Medicine this year.

This research shows that taking into account the interaction between immunotherapies and tumor heterogeneity could contribute to the development of optimum therapeutic combinations and sequences.

In addition to the organizations mentioned above, this research was funded by the Fondation de France, the French National Cancer Institute (INCa) and the European Research Council (ERC).

While the care and treatment of acute myeloid leukemia (AML) have greatly improved in recent years, overall survival remains low. Resistance to the various treatments continues to present a major clinical challenge. Using animal models, and also by working with patients themselves, ...