How can one assess the effectiveness of hypnosis?

Although hypnosis has existed for hundreds of years, today it is still difficult to clearly judge its usefulness in the medical domain. In a report submitted to the French Directorate General for Health, researchers from Inserm led by Bruno Falissard assessed the effectiveness of this complementary medical practice for some of its indications (women’s health, digestive ailments, surgery, psychiatry, etc.). The latter illustrates its therapeutic value during anaesthesia, and in the management of irritable bowel syndrome. It also confirms that risks associated with hypnosis are particularly limited. 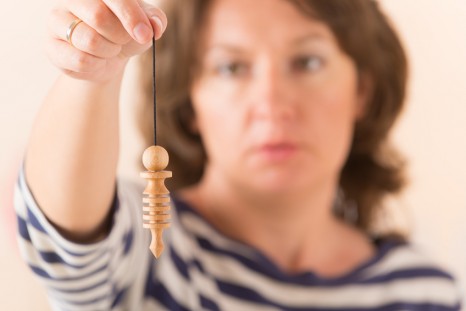 Hypnosis is neither a state of alertness nor a state of sleep, but rather a state of altered consciousness. At biological level, the effects of hypnosis have been confirmed by modern imaging techniques. The latter have demonstrated changes in the activity of certain regions of the brain when suggestions are made to a subject under hypnosis.


Several types of hypnosis can be distinguished, according to their medical application: hypnoanalgesia, used as a method of analgesia, hypnosedation, which combines hypnosis with anaesthetic agents, and finally hypnotherapy, for psychotherapeutic purposes. In addition to these practices, the report also focuses on a technique known as EMDR (Eye Movement Desensitisation and Reprocessing). This integrative approach, employing certain practices originating from hypnosis, was developed for the treatment of post-traumatic stress syndrome.

In France, the practice of hypnosis is highly variable. The term “hypnotherapist” is not protected, and hypnosis training is provided by both universities (qualifications not recognised by the French Order of Physicians) and private associations or organisations. Some of these training programmes are limited to health professionals, whereas others are open to a wider public.

Given this varied landscape, the study conducted by Bruno Falissard and Juliette Gueguen, Caroline Barry and Christine Hassler (Inserm Unit 1018, “Centre for Research in Epidemiology and Population Health [CESP]”) attempted to assess the effectiveness of this complementary therapy in the treatment of several conditions. With this objective, the researchers analysed the results of 52 clinical trials, and results of 17 trials involving the use of EMDR.

Hypnosis is of therapeutic value in irritable bowel syndrome

Irritable bowel syndrome is characterised by abdominal pain, feelings of bloating, and episodes of diarrhoea or constipation, and alters the quality of life of those affected. Studies testing hypnosis to treat this condition confirm its potential: regular hypnotherapy sessions alleviate the gastrointestinal symptoms.

Hypnosis reduces use of analgesics and sedatives

The scientists focused on the practice of hypnosedation during surgical examinations and interventional radiology: wisdom tooth extractions, breast biopsies, transcatheter procedures, pregnancy terminations, etc. The criteria chosen were highly variable, and concerned the patient (pain intensity, anxiety, drug use, adverse side-effects) and the procedure itself (duration, cost) in equal measures. Although the studies do not allow a definite ruling on the majority of these criteria, the results are in agreement with respect to the use of analgesic or sedative drugs. During an operation carried out under local or general anaesthetic, the action of sedatives is complemented by the administration of analgesics to control the pain. The studies show that, with the help of hypnosis, the use of these drugs is reduced during these interventions.

EMDR, an effective therapy in the management of post-traumatic stress syndrome

Current data do not guarantee the advantage of hypnosis over traditional treatments for post-traumatic stress syndrome, but EMDR, for its part, has been proven effective. Trauma-centred cognitive behavioural therapies and EMDR may even be the most effective psychotherapies in this instance. These conclusions apply only to adults, however, since too few trials have assessed the effects on children or adolescents.

Current data are insufficient for the majority of other applications of hypnosis.In some medical practices, the studies analysed by the Inserm scientists did not allow conclusions to be drawn as to the value of hypnosis, especially in:

Safety data regarding hypnosis are reassuring

Bruno Falissard’s team also examined the safety of hypnosis as reported in the literature. Reassuringly, no serious adverse effects seem to be attributable to hypnosis. According to the researchers, one cannot, however, exclude the existence of such adverse events, but if they exist, their incidence is relatively low.

Although this analysis demonstrates the genuine interest of practitioners in hypnosis and related techniques, it also emphasises the need to reconsider the traditional methodological standards. It also highlights the need to question the choice of control groups and judgement criteria, as well as the actual design of studies.

For the authors, it is also especially important that qualitative studies analysing patient well-being be taken into account in order to determine the subjective experience of patients during their care.

Given these conclusions, the challenge of hypnosis is also an ethical/legal one. Notwithstanding the ethics charters currently in place, French legislation remains vague: hypnosis may be offered by non-health professionals as well as by medical staff. Thus the creation of a surveillance system seems relevant for collecting field data, and especially for avoiding the risk inherent to using any non-conventional treatment: the risk of delaying or impeding access to conventional care that may otherwise be necessary.See the whole report

TO CITE THIS POST :
Press release – Inserm press room How can one assess the effectiveness of hypnosis? Link : https://presse.inserm.fr/en/how-can-one-assess-the-effectiveness-of-hypnosis/20504/

Researchers from Inserm, INRAE, Université Sorbonne Paris Nord, Université Paris Cité and Cnam, as part of the Nutritional epidemiology research team (EREN-CRESS), studied the role of dietary nitrites and nitrates in the development of type 2 diabetes. The scientists analyzed data on ...