An international study, conducted by researchers from the Institute for Development Research (IRD), Inserm and Institut Pasteur and their Guinean partners (Donka University Hospital, Macenta Hospital, National Institute of Public Health, and University of Conakry, confirms that Ebola virus persists in the semen of survivors of the epidemic in Guinea, for up to 9 months after their recovery. These results, which recall the importance of monitoring survivors in order to prevent the risks of new epidemic outbreaks, are published in the Journal of Infectious Diseases on 3 May 2016. 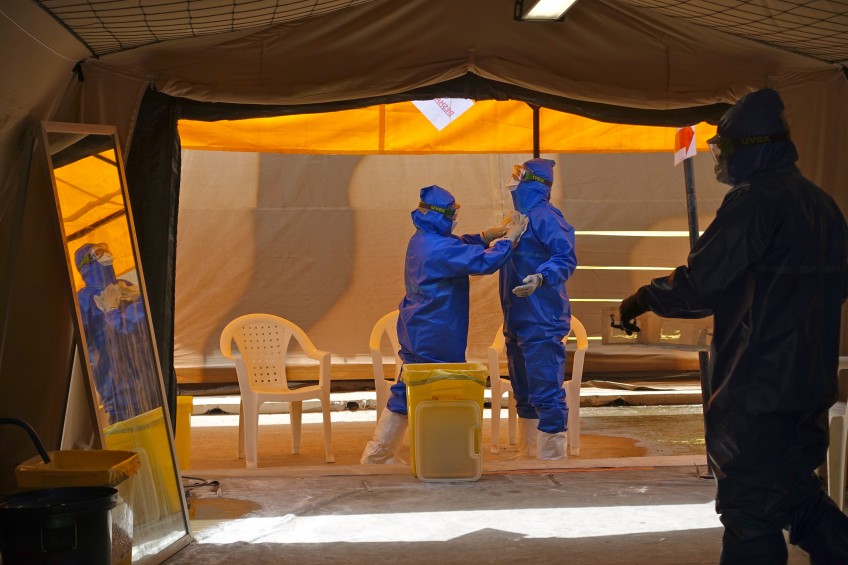 PostEboGui: multidisciplinary monitoring of a cohort of Ebola survivors

The objective of the PostEboGui1 programme, which has been conducted in Guinea since November 2014, is to monitor, for 2 years, a cohort of over 700 adults and children who survived2 the most serious Ebola epidemic in West Africa, in 2014. The researchers are developing a multidisciplinary approach (clinical, virological, immunological, social, and public health) in order to identify the clinical and social sequelae of the epidemic, as well as the potential risks of reactivating the virus, or transmitting it sexually

In this study, the researchers monitored the first 450 patients from the PostEboGui programme, both men and women, for 1 year. They took specimens of body fluids (tears, saliva, faeces, vaginal fluids and semen), on the first day of the study, and every 3 months thereafter. In order to detect the presence of the Ebola virus in these fluids, the researchers used molecular biology techniques employing the polymerase chain reaction (PCR) and detection of ribonucleic acid (RNA), in hospitals in Guinea.

Improve survivor monitoring to limit resurgence of the epidemic

These results confirm those published in October 2015 in the New England Journal of Medicine on a cohort of survivors in Sierra Leone. They emphasise the need to recommend, at international level, the use of condoms by survivors in the months following their recovery.

Furthermore, the researchers insist on the importance of developing survivor monitoring, or even making it systematic, in order to limit the risks of a recrudescence of the epidemic.

Under the Ebola Task-Force, researchers are involved in monitoring survivors, especially in Guinea, from different aspects: surveillance of clinical and psychological sequelae, and risks of virus reactivation in patients who have recovered. They also focus on viral reservoirs in humans (the sites of “immune privilege” constituted by the eyes, brain and gonads).

In 2016, other research programmes will complete the scheme:

Research programmes initiated at the start of the epidemic in 2014 under the aegis of the French National Alliance for Life Sciences and Health (Aviesan) are also being pursued, in the areas of disease diagnosis, clinical trials, and human and social sciences.

1 Funded by the Interministerial Ebola Task-Force, IRD and INSERM, PostEboGui is conducted by the TransVIHMI joint international unit for translational research on HIV and infectious diseases, in partnership with the University of Conakry, the infectious disease department at Donka University Hospital, Macenta Hospital, INSP, and the Socio-Anthropological Analysis Laboratory of Guinea (LASAG) at Sonfonia University.

2   I.e. over half of the patients declared cured in the country.

TO CITE THIS POST :
Press release – Inserm press room Confirmation that the Ebola virus persists in the semen of survivors of the epidemic Link : https://presse.inserm.fr/en/confirmation-that-the-ebola-virus-persists-in-the-semen-of-survivors-of-the-epidemic/23846/