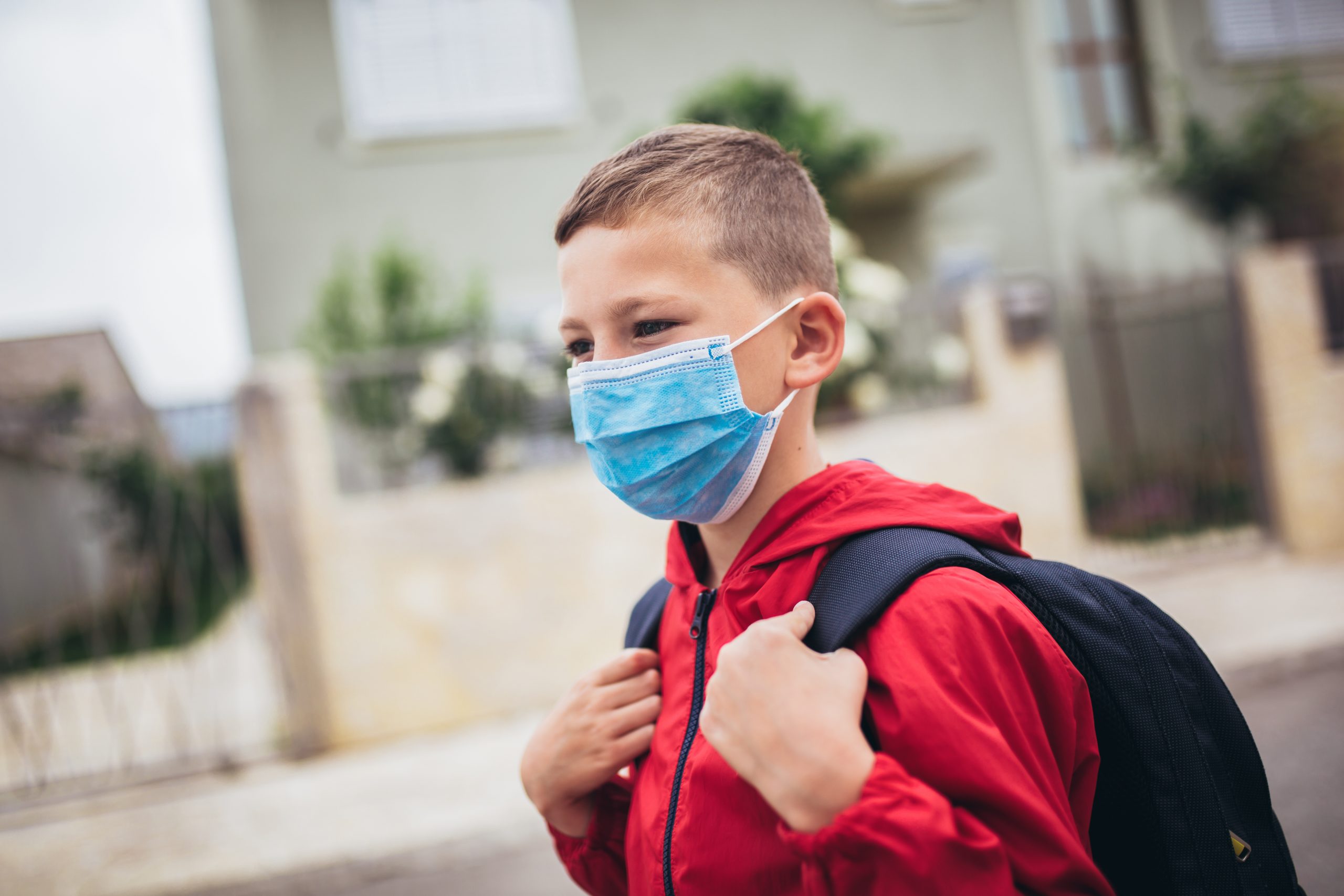 In very rare cases, children having contracted COVID-19 go on to develop severe inflammation 4 to 6 weeks after infection with SARS-CoV-2. In two-thirds of them, this inflammatory syndrome affects the heart, leading to myocarditis. In a study published in the journal MED, researchers, doctors and teacher-researchers from Inserm, the Paris hospitals group AP-HP and Université de Paris at the Imagine Institute, in collaboration with Institut Pasteur, analyzed blood samples from a cohort of 56 pediatric patients admitted to Hôpital Necker Enfants-Malades AP-HP. What they saw was the abnormal expression of several genes associated with the development of severe forms of myocarditis. A molecular signature that could ultimately help identify those children at risk of developing this rare cardiac inflammation.

Certain children with SARS-CoV-2 develop severe inflammation four to six weeks after infection, with varying symptoms: fever, stomach pain, skin rashes, etc. In around 70% of cases, this so-called “multisystem” inflammatory syndrome affects the myocardium, the muscle responsible for heart contractions. These severe cases of myocarditis were first reported in the UK, in March 2020, before being observed in Italy, France, and then all over the world. What is the explanation behind these rare forms?

In a study published in MED – a journal from Cell Press –, conducted by Inserm researchers Frédéric Rieux-Laucat and Mickaël Ménager (*) working in two laboratories at the Imagine Institute (Inserm, Université de Paris, Paris hospitals group AP-HP), in collaboration with doctors from Hôpital Necker-Enfants Malades AP-HP and Institut Pasteur, cutting-edge molecular investigations were conducted in order to find out more. The result of these investigations was the identification of several genes linked to the development of severe forms of myocarditis in these children.

As part of the study, the authors analyzed blood samples from 56 children hospitalized between April 6 and May 30, 2020. A total of 30 had developed multisystem inflammatory syndrome following SARS-CoV-2 infection, 21 of whom with a severe form of myocarditis, and 9 without. “To understand the difference between these two patient groups, we did several analyses using state-of-the-art techniques:  an ultra-sensitive assay of cytokines – the immune system hormones that enable an appropriate response in case of infection –, characterization of blood cell composition, and a cell-by-cell analysis of gene expression“, explains Ménager.

In both groups, the researchers found reduced numbers of monocytes and dendritic cells (white blood cells), increased inflammatory cytokine levels, and an overactivation of the so-called “NF-kB pathway” within these cells.

“NF-kB is a molecular pathway that enables a set of genes to be activated, resulting in the production of proteins tasked with orchestrating the immune response,” summarizes Rieux-Laucat. However, it is precisely the overactivation of this system that triggers hyperinflammation in these patients.“

Following closer comparison of the dendritic cells and monocytes of the two groups, the authors observed three specific anomalies in patients with myocarditis: lack of inhibition in the NF-kB pathway, overproduction of “TNF-α” (cytokine involved in NF-kB pathway activation), and finally a lack of response to type I and II interferons (cytokines involved in regulating inflammation).

All of these abnormalities can be explained by the abnormal expression of certain genes. In order to identify these genes, the authors carried out a cell-by-cell genetic analysis.

“Like this we were able to identify and validate over one hundred genes overexpressed specifically in the monocytes and dendritic cells of patients with severe forms of myocarditis“, explains Ménager. A molecular signature that could ultimately enable the development of tests to identify patients at risk of developing this severe cardiac inflammation.