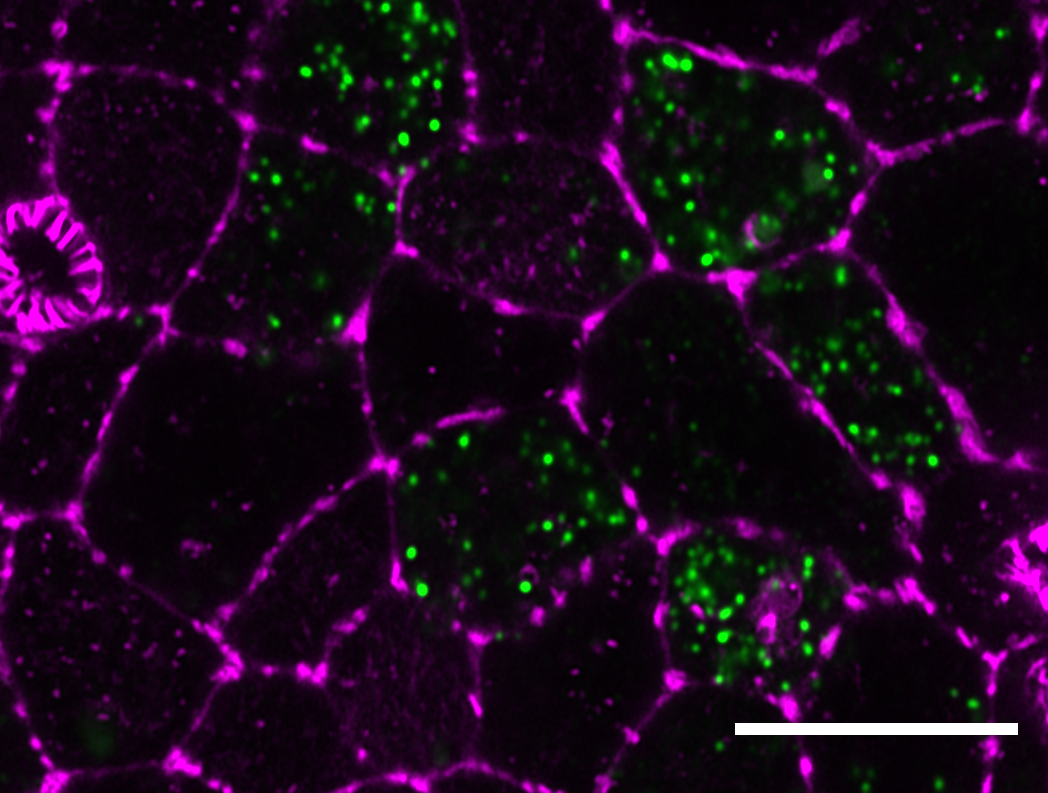 Although the SARS-CoV-2 target cells in the respiratory tract produce antiviral molecules following infection, it is too late to prevent the virus from replicating. This is the conclusion drawn by researchers from Inserm, CNRS and Université de Montpellier at the Infectious Disease Research Institute of Montpellier. Their findings have been published in the Journal of Virology

Inserm researcher Caroline Goujon and her team have spent a long time studying viruses at the Infectious Disease Research Institute of Montpellier (CNRS/Université de Montpellier). When the COVID-19 epidemic emerged, Goujon and her colleague Olivier Moncorgé decided to focus on the novel coronavirus, initiating several projects – one of which fundamental, in an aim to understand how the target cells respond when infection strikes.

At a time when the scientific community still had questions about SARS-CoV-2, building knowledge on the early stages of infection to understand how the virus enters the body and how it can be blocked was essential.

In search of interferons

In their recent study, the scientists describe this response by the target cells in the respiratory epithelium. They began by exposing respiratory epithelial cells to the virus, analyzing its multiplication in the hours that followed. In parallel, they looked for the presence of interferons, which are antiviral molecules naturally produced by the cells in the event of infection.

What they found was a rapid increase in viral load after 48 hours and the high production of two types of interferons (type I and type III) 48 to 72 hours after infection. The production of these molecules is generally triggered by certain host cell proteins – known as sentinel proteins because their task is to detect the presence of viruses.

The researchers then used the CRISPR-Cas9 technique to delete the genes coding for the main sentinel proteins and found that the absence of one of the genes, MDA- 5, prevented the production of the interferons. However, this phenomenon had no impact on the replication of the virus. “With or without the production of these interferons, which are supposed to counteract the virus, replication took place in the same way in our epithelial cell model,” clarifies Goujon.

However, research by the team and many other groups shows that placing the target cells in contact with these same interferons in the hours preceding infection considerably reduces the ability of the virus to replicate, dividing the replication rate by at least ten.

“Therefore the antiviral activity of interferons is not to be called into question when it comes to SARS-CoV-2. Their inefficacy in our model is due to a problem of timing. Their release occurs too late to block viral replication,” she explains. In order to have a protective role and avoid viral replication, it appears important for their production to take place earlier.

Open up avenues of therapeutic research

Some research teams have already begun to study the early administration of interferons in a number of clinical trials. As for Goujon and her colleagues, they have already made a start on the next phase of the project: identify the genes in the target cells whose expression is stimulated by infection and which help to slow viral replication – thereby possibly opening up new therapeutic avenues.

Launched in October last year, the purpose of the COVIREIVAC platform coordinated by Inserm and F-CRIN in conjunction with 32 university hospitals and a network of 11 immunology laboratories is to conduct and promote first-class clinical vaccination research in France. ...