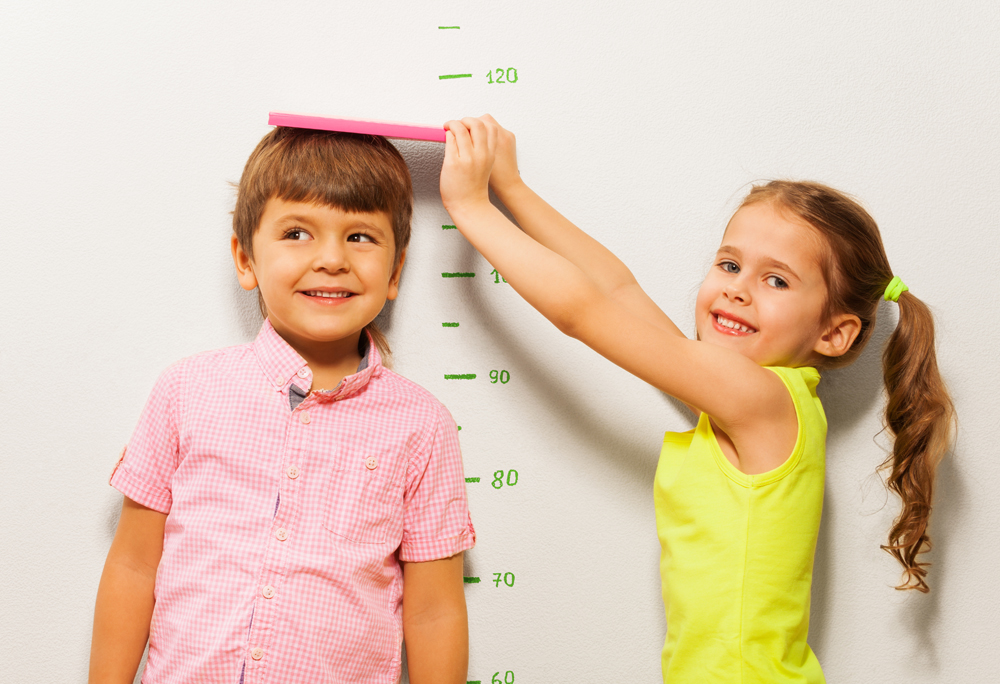 Thanks to work coordinated by Inserm and its researchers at the Center of Research in Epidemiology and Statistics Sorbonne Paris Cité (CRESS), French child health and immunization record booklets (carnets de santé) distributed from April 1, 2018 will contain new reference growth curves. These curves were devised according to a totally innovative method in which over 5 million measurements collected from children aged 0 to 18 years were analyzed. As expected, the new curves for height, weight and head circumference are situated above the old ones. Numerous innovations in their presentation will help parents and doctors to monitor children’s growth.

Monitoring the growth of children is essential and can be for various purposes, such as to ascertain the suitability of nutritional intake in normal or pathological situations or detect illnesses early – conditions which can be severe in some cases.  This process involves the regular measurement of weight, height, head circumference and Body Mass Index (BMI) and the comparison of these values with reference data. The French growth curves contained in the previous version of the health and immunization record booklet date back to 1979 and were established based on the measurements of several hundred children born in the 1950s who were monitored until adult age.  It was demonstrated that these charts, as well as those proposed by the World Health Organization (WHO), are not optimal for monitoring the growth of contemporary children in France[1].

This is why the French directorate general for health tasked the researchers from Inserm unit 1153/CRESS in October 2016 to produce updated growth curves for the new edition of the record booklet. To do this, the researchers took an innovative big data approach in which a public-private partnership was formed and a massive quantity of data extracted. In total, around 5,000,000 measurements of weight, height and head circumference, from 261,000 children between the ages of 0 and 18 years were collected and analyzed. This data was obtained from 42 consenting doctors randomly-selected from the pediatrician members of the French association of ambulatory pediatrics (AFPA) and primary care physicians, taking into account the region and size of their towns and cities of practice to ensure proper representation of the entire metropolitan territory[2]. The new curves were then devised in conjunction with the representatives of the future users in order to best meet their expectations.

In practice, what has changed?

As expected, the AFPA- CRESS/Inserm -CompuGroup Medical 2018 height and weight curves are situated “markedly above” the previous ones.

For example, the median height of girls at 10 years of age in the new references is 139.5 cm versus 134.7 cm on the previous curves, i.e. an increase of almost 5 cm. Even if these differences lessen at the end of puberty, this development could theoretically lead to concern about the normality of the growth of a greater number of children. That is why it is essential to take target parental height into account in their interpretation, the formula for which has been added to the booklets.

With regard to weight, and as recommended by the French national authority for health (HAS), childhood overweight or obesity must be determined from the BMI curve rather than the weight curve.  From 2 years of age, the BMI curves represented in the booklet are those proposed by the International Obesity Task Force (IOTF). The expert committee wished to precede these with the “AFPA-Inserm/CRESS-CompuGroup Medical 2018” curves for children before 2 years of age, in order to visualize peak BMI at around 9 months.  “The new reference curves must enable the early detection of conditions in apparently healthy children, without worrying their families needlessly” explains Barbara Heude, Inserm researcher who coordinated this research with Pauline Scherdel and Martin Chalumeau.

A number of other changes have also been introduced. These include various weight and height curves for boys and girls as of the 0-3 years period, different head circumference curves for boys and girls between the ages of 0 and 5 years, and the representation of a greater number of growth curves in order to monitor individual trajectories better. Finally, the booklet contains indications of the normal pubertal periods in order to encourage their use in interpreting the curves. “Short messages throughout the booklet aim to raise the awareness of parents and healthcare professionals of the importance of regular growth monitoring and emphasize the parameters to take into account when interpreting the measurements” conclude the researchers who have been working since 2016 on the preparation of these new charts and new algorithms for the early detection of growth abnormalities.

In addition to the creation of new curves which will be used daily in France, the technical and scientific exploit achieved by this low-cost big-data approach will enable other teams in other countries to reproduce and improve on this strategy to easily produce calibrated anthropometric measurements.

[2] It was necessary to identify a network of healthcare professionals who perform regular medical monitoring of a large number of children from birth to adult age and who use the same IT system. The CRESS researchers therefore formed a public-private partnership with the French association of ambulatory pediatrics (AFPA) and the company CompuGroup Medical. That is why these new curves are named AFPA-Inserm/CRESS-CompuGroup Medical 2018.