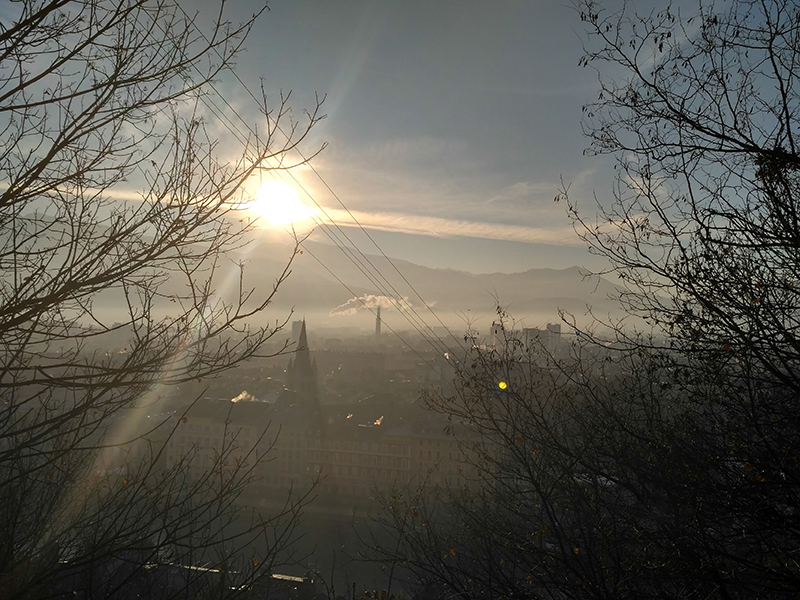 Reducing fine particle mortality in a conurbation by two-thirds could be achieved at a cost that is much lower than the value of the societal and economic benefits obtained, according to a study by a multidisciplinary team from CNRS, INSERM, INRAE, Grenoble Alpes University (UGA) and Atmo Auvergne-Rhône-Alpes. The study identifies specific public policies that could achieve health objectives set by local decision makers, as well as their expected co-benefits. The findings are published in Environment International on January 15, 2022.

Every year in France, fine particle pollution (particles with a diameter of less than 2.5 micrometres1) leads to the premature death of around 40,000 people. The associated cost is estimated at €100 billion per year. Despite this, public policies to combat air pollution are generally implemented without first assessing their future health and economic impacts.

The  MobilAir  project attempts to address this problem by identifying specific policies that would meet the health objectives set by decision-makers in the Grenoble conurbation, namely, a 67% reduction in the mortality rate associated with fine particles from 2016 to 2030. A cost-benefit analysis of various options was carried out by a collaboration involving the Grenoble Applied Economics Lab (CNRS / INRAE / UGA), the Institute for Advanced Biosciences (INSERM / CNRS / UGA), the Centre for Economics and Sociology applied to Agriculture and Rural Areas (AgroSup Dijon / INRAE) and Atmo Auvergne-Rhône-Alpes.

The team targeted the two local sectors that emit the most fine particles: wood heating and transport. They show that the health objectives can be met by combining two measures: replacing all inefficient wood heaters by modern pellet stoves, and reducing personal motor vehicle traffic within the conurbation by 36%. Specifically, these policies would need to be accompanied by financial assistance to households, the development of infrastructure (public transport and/or cycle paths, etc.) and carefully targeted public awareness programmes.

Successful implementation of such policies would result in a series of additional health benefits going beyond the health gains directly related to fine particles, since this would promote physical activity, and reduce urban noise pollution and greenhouse gas emissions.

Scenarios involving the most widespread development of active modes of transport (walking and cycling) would lead to a net benefit of €8.7 billion over the period 2016-2045, i.e. an annual benefit of €629 per capita in the conurbation2.

This is the first study in France to demonstrate that the societal benefits associated with measures to improve air quality would outweigh the cost of such measures. It thus provides decision-makers with scientifically validated approaches to significantly improving health throughout the conurbation.

This work was funded by the Initiative of Excellence (Idex) of Grenoble Alpes University and by ADEME.

In the weeks that follow the birth of a child, both parents are likely to develop depression. Paternity leave, recognized for its benefits on family balance, child development and male-female equality, could be one of the keys to preventing this condition that ...