Disarming a probiotic to improve its benefits 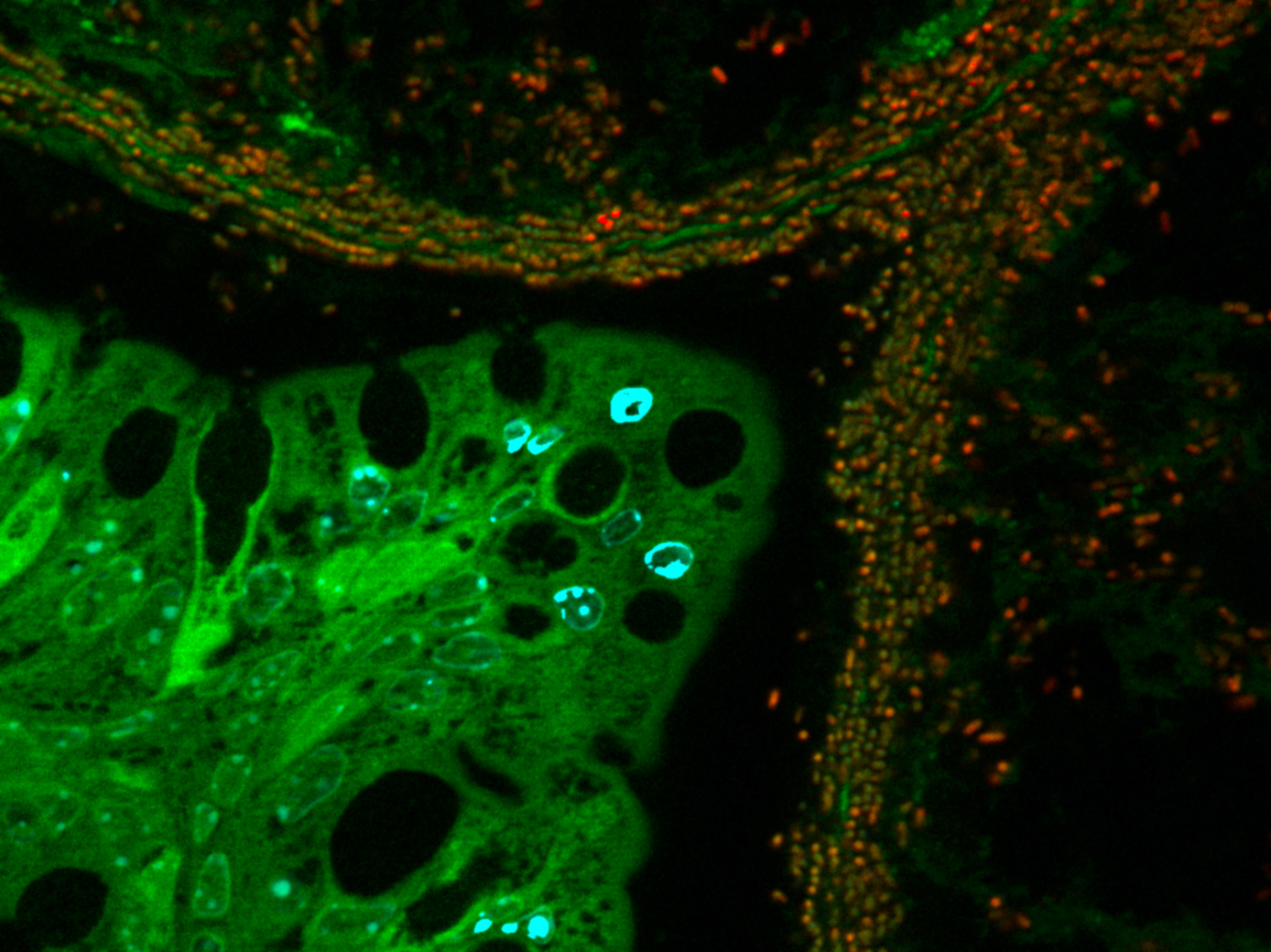 For more than a century, the Nissle 1917 strain of the bacterium Escherichia coli has been used as a probiotic to treat gastrointestinal disorders. However, this bacterium also produces a toxin, colibactin, which has deleterious effects on host DNA and might cause colon cancer. It is therefore crucial to understand the mechanisms at play in the strain if we wish to limit undesirable side effects. In a recent study, researchers at INRA, INSERM, the University of Toulouse III – Paul Sabatier, and ENVT managed to decipher certain pathways by which Escherichia coli Nissle 1917 produces both beneficial and toxic compounds. They then successfully created a modified strain with the same probiotic properties but an unactivated version of the toxin. This work was published on September 23, 2019, in PLOS Pathogens.

A German doctor discovered the bacterial strain that became known as Escherichia coli Nissle 1917 during World War 1. There had been an outbreak of dysentery in a group of soldiers; only one remained unafflicted. The doctor, Alfred Nissle, isolated the strain from this soldier and used it to treat other soldiers. Since then, E. coli Nissle 1917 has been used as a probiotic to treat various gastrointestinal disorders.

In 2006, researchers at INRA, INSERM, the University of Toulouse III – Paul Sabatier, and ENVT discovered that the genome of E. coli Nissle 1917 contained a group of genes that jointly encode a toxin: colibactin. In certain E. coli strains, colibactin acts as a virulence factor and can promote colon cancer. Until now, researchers had been unable to decouple the strain’s probiotic properties from its toxic side effects. It was therefore necessary to delve into the mechanisms underpinning both the strain’s synthesis of beneficial compounds, which make it a probiotic, and its synthesis of harmful compounds, notably colibactin, which can have negative impacts.

In a new study, this same team of researchers uncovered the important role played by the protein ClbP. It is an enzyme that has a key function in the strain’s probiotic action but that also activates colibactin.

Using this discovery, the scientists were able to create a strain in which a tiny relevant portion of the enzyme was modified. This strain had the same probiotic properties as the original but could not activate colibactin, negating its toxicity. In vivo assays in mice confirmed the functionality of the new strain. Mice infected with Salmonella typhimurium (one of the bacteria that can cause dysentery) developed less severe symptoms of salmonellosis when treated with the modified E. coli Nissle 1917 strain.

This research underscores the importance of taking a closer look at the bacteria that we use as probiotics. Indeed, like traditional medications, they can have side effects.

This study may have further implications because genomic analyses have revealed that other E. coli strains naturally produce modified versions of this enzyme. Future work should assess whether such bacteria could also serve as probiotics.