Discovery of a gene associated with radiosensitivity and post-radiotherapy complications

Scientists at the CEA’s Institute of Cellular and Molecular Radiation Biology, in collaboration with INSERM, Université Paris-Sud, and international partners, have demonstrated a connection between the expression of the TRAIL gene, which plays a role in cell death, and the radiosensitivity of certain human T lymphocytes. This research also showed a relationship between three genetic forms of TRAIL and the radiosensitivity of these T lymphocytes. Finally, two of these genetic forms of TRAIL were linked with serious skin complications in breast cancer patients treated with radiotherapy. These results, published on the Oncotarget website on 16th March 2016, indicate how determining the radiosensitivity of lymphocytes and studying the gene polymorphisms associated with this radiosensitivity could lead to personalised radiotherapy.

Using functional studies, these scientists showed that the TRAIL protein receptor was activated after irradiation and that the interaction between TRAIL and its receptor killed T4EM lymphocytes. These results explain the correlation between the level of expression of TRAIL in T4EM lymphocytes and their radiosensitivity. 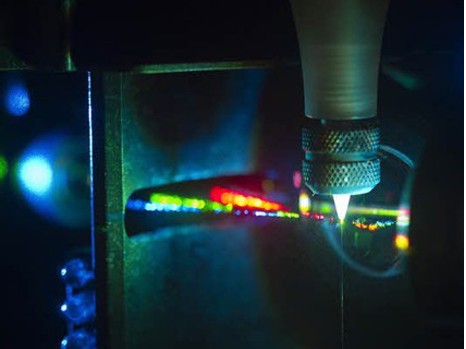 This pioneering study shows how genetics, associated with functional cellular radiosensitivity tests, can open up the possibility of personalising the dose delivered when treating cancer by radiotherapy.

[2] This test uses flow cytometry to quantify the death of T4EM lymphocytes according to the irradiation dose to which they have been subjected.

Cancer Treatment: Identification of the Blood Vessels That Allow Killer Lymphocytes to Access and Destroy Tumors

Immunotherapy, a therapeutic strategy aimed at increasing the activity of the immune system in order to recognize and destroy cancer cells, has revolutionized cancer treatment over the past decade. For the first time, the scientists were able to film the lymphocytes infiltrating ...