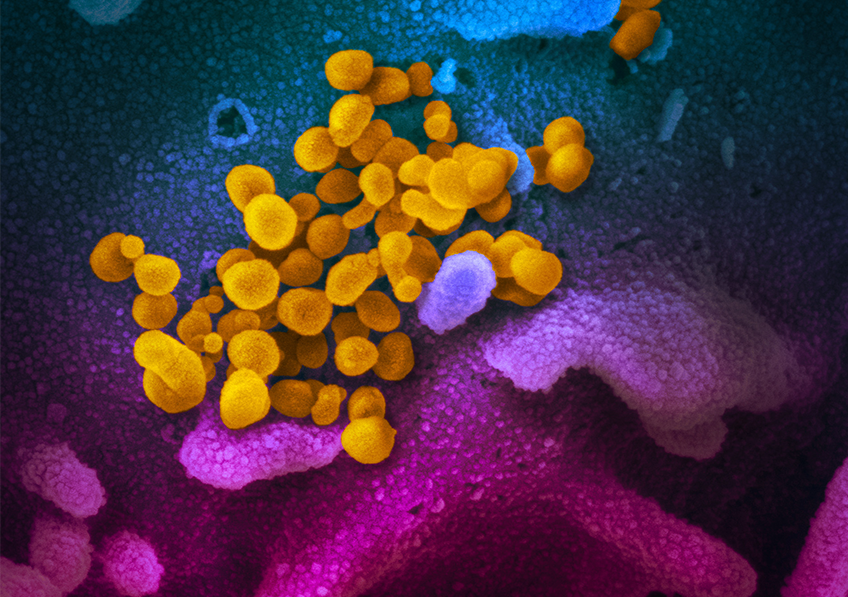 Teams from the virology laboratory (Dr Slim FOURATI) and from the “Genomics” platform (Dr Christophe RODRIGUEZ) of the Henri-Mondor AP-HP hospital, Inserm and the University of Paris-Est Créteil (Institut Mondor of Biomedical Research, U955 Inserm-Université Paris-Est Créteil), under the supervision of Professor Jean-Michel PAWLOTSKY, have discovered a new variant of SARS-CoV-2, the virus responsible for COVID-19. The “Henri-Mondor” variant, never described to date, was identified within a cluster made up of three hospital professionals and the spouse of one of them. It is now actively circulating in France.

This discovery was published on March 30, 2021 in the journal Emerging Infectious Diseases , edited by the Centers for Disease Control and Prevention in Atlanta.

The new “Henri-Mondor” variant of SARS-CoV-2 is derived from a viral strain that appeared at the start of the pandemic (clade 19B), which had been replaced by more recent strains during the year 2020.

It is characterized by the presence of 2 deletions and 18 amino acid mutations, of which 7 to 8 are located at key positions of the “spike” protein, involved in the entry of the virus into cells and targets the neutralizing antibodies induced. through natural infection or vaccination. The N501Y and L452R mutations, already observed on other viral variants, seem to improve the interaction of the “spike” protein with its receptor and reduce the action of neutralizing antibodies.

In the four weeks which followed its discovery, the new variant “Henri-Mondor” was found in 29 patients of various geographical origins (Île-de-France, South-East and South-West of France).

Its detection frequency has continued to increase since then with the identification of several clusters and it is more and more frequently found in samples tested by the Henri-Mondor AP-HP hospital platform.

In the Flash 4 survey of March 2, 2021, the “Henri Mondor” variant represented 1.8% of the strains sequenced in France.

New studies will be necessary to know if the “Henri-Mondor” variant is more, as much or less contagious than the other known variants, if it is also detected by the various virological tests, if it is associated with clinical forms. of different severity and / or if its sensitivity to the action of antiviral treatments and to vaccine protection is impaired by the presence of its numerous mutations.

The discovery of a new variant of SARS-CoV-2, which is actively circulating in several French regions, underlines the need for systematic monitoring of the evolution of viral variants, associated with a reactive alert system.

The Henri-Mondor AP-HP hospital platform is one of the 4 platforms labeled by the Ministry of Health and Solidarity for molecular surveillance of the SARS-CoV-2 virus, as part of the EMERGEN national surveillance project coordinated by Public Health France and the ANRS Emerging Infectious Diseases. This platform offers a production capacity of more than 1,000 sequences per week, dedicated to epidemiological surveillance, and will soon be able to double this activity for the performance of specific studies.