Discovery of an HIV reservoir marker: A new avenue toward eliminating the virus 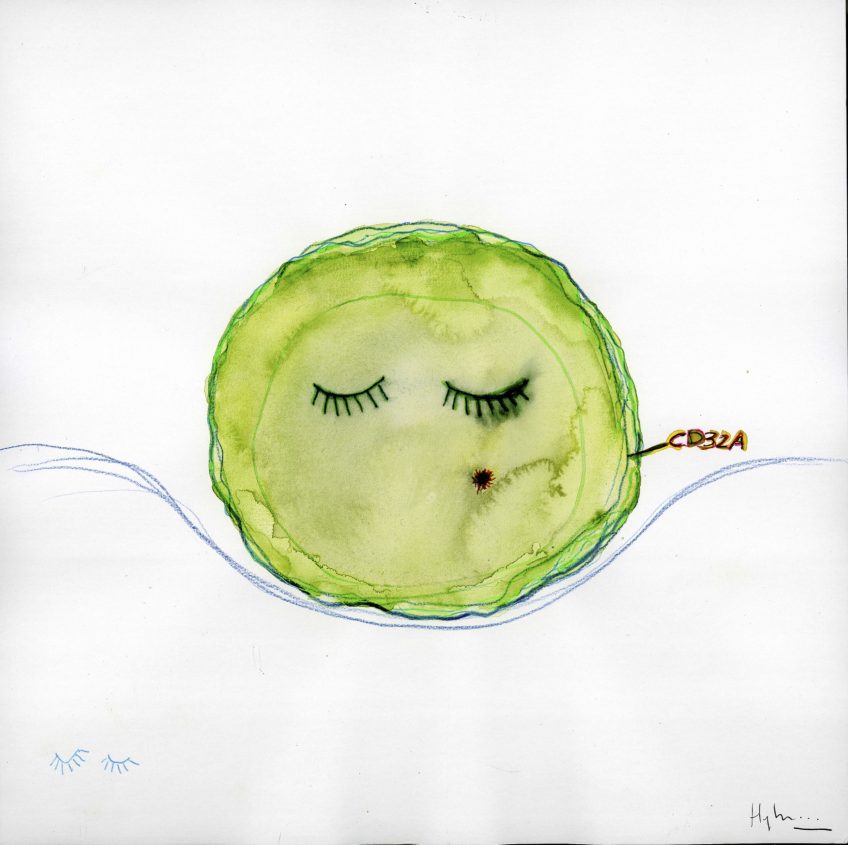 French researchers have identified a marker that makes it possible to differentiate “dormant” HIV-infected cells from healthy cells. This discovery will make it possible to isolate and analyze reservoir cells which, by silently hosting the virus, are responsible for its persistence even among patients receiving antiviral treatment, whose viral load is undetectable. It offers new therapeutic strategies for targeting infected cells. This research is part of the ANRS strategic program “Réservoirs du VIH”. It is the result of a collaboration between the CNRS, Montpellier University, Inserm, the Institut Pasteur, the Henri-Mondor AP-HP hospital in Créteil, the Gui de Chauliac hospital (CHU de Montpellier) and the VRI (Vaccine Research Institute), and is published in the journal Nature on March 15, 2017. A patent owned by the CNRS has been filed for the diagnostic and therapeutic use of the identified marker.

Since 1996, there has been consensus among the scientific community that a cure for HIV will involve targeting “reservoir cells” that host the virus in the organisms of patients undergoing triple therapy. HIV can remain hidden in these reservoirs, in latent form, for several decades, eluding the immune system’s response and antiviral treatments, without any viral protein being expressed. But if treatment ceases, the virus massively proliferates and the disease progresses again. Patients must therefore receive treatment for life. To envisage eliminating this dormant virus, a first stage consists in distinguishing the HIV-infected reservoir cells from their healthy counterpart cells, which resemble them to a very large degree. This is what has been achieved by a team of researchers, who have identified a marker of reservoir cells: a protein present only on the surface of infected cells.

Hypothesizing that HIV might leave a mark on the surface of its host cell, researchers from the Institut de génétique humaine (CNRS/Montpellier University) first worked in vitro on an infection model developed in their laboratory. After comparing infected cells and healthy cells,[1] they noticed one particular protein, coded by a gene among the hundred of those expressed in a specific way by infected cells. Present only on the surface of the infected cells, the CD32a protein thus met, in vitro, the criteria of a reservoir cell marker. This was then confirmed by experiments on clinical samples. By studying blood samples from 12 patients living with HIV and receiving treatment,[2] the researchers isolated the cells expressing the marker and observed that almost all were HIV carriers. In vitro, the activation of these cells induced a production of viruses capable of reinfecting healthy cells whereas their elimination entailed a significant delay in viral production.

In the fight against HIV, this discovery paves the way to a better fundamental understanding of viral reservoirs, which it will now be possible to isolate more easily and analyze directly. In the longer term, it should lead to therapeutic strategies aiming to eliminate the latent virus from the organism and make remission—at least temporary—possible in the absence of antiviral treatments.

[1] The cells studied are T CD4 lymphocytes, whose numbers are progressively reduced upon infection by HIV. The number of these cells is thus used by doctors to monitor the progression of the disease and the efficacy of treatments.