The Ebola epidemic is continuing to spread, particularly in West Africa. According to the latest report by the World Health Organisation (WHO) dated 17 October, 9,216 cases of Ebola have been recorded and 4,555 people have died of the virus. 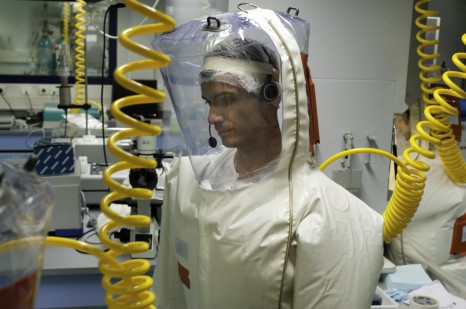 With the current situation of the Ebola epidemic, it quickly became necessary for French research to be mobilised rapidly.

In August 2014, the French Minister of Health and Secretary of State for Higher Education and Research made Aviesan responsible for preparing and organising the response of French research to infectious emergencies.

With extensive past experience and recognised for coordinating research during the H1N1 epidemic in 2009 and more recently in response to the emergence of the Chikungunya virus in the Caribbean in 2013, the Aviesan Institute of Microbiology and Infectious Disease benefitted from the expertise of the REACTing[1] network to launch the Ebola research programme.

This network relies on existing teams, research centres and platforms in France and southern countries.

The implementation of these projects is coordinated mainly by teams from Inserm, CEA, the Pasteur Institute, IRD, Universities, not forgetting a close partnership with teams in Guinea, Ivory Coast and Senegal. The network of ANRS sites and researchers in West Africa have also been mobilised.

Videos of the laboratory P4 available on demand to presse@aviesan.fr