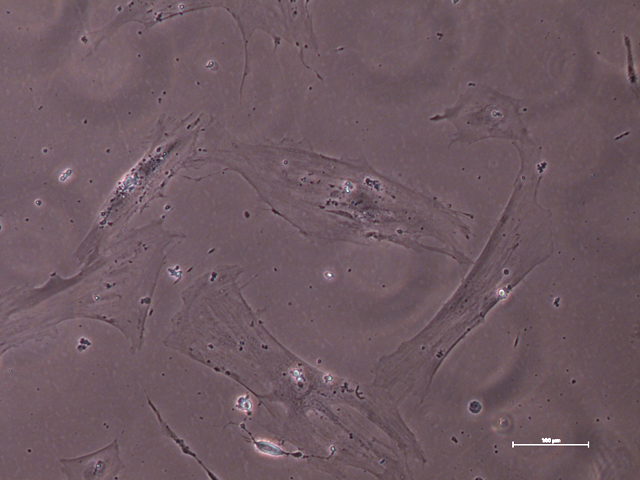 Until now considered highly promising in the fight against aging, the therapeutic strategy of eliminating the senescent cells that accumulate in the body is being challenged by the team of Dmitry Bulavin, Inserm researcher at the Institute for Research on Cancer and Aging of Nice (Inserm/CNRS/Université Côte d’Azur). Their research using mice has shown that in the liver the first senescent cells appear in a population of hepatic cells that play a major role in detoxifying the body. When they studied the elimination of these senescent cells, the researchers saw that the effect on liver function deterioration was worse than that of aging. Their findings,published in Cell Metabolism, provide new avenues for ensuring longer life expectancy in good health.

Aging is associated with the deterioration of many functions of the body and the onset of age-related diseases. Eyesight, hearing, muscle, heart and kidney function decline and the risks of cancer, cardiovascular disease and dementia steadily increase.

Also observed is the accumulation of so-called “senescent” cells in the tissues. While unable to divide due to having lost their function, these cells can induce inflammation and the production of oxidized residues that are toxic to the body. Removing these senescent cells from the body to reduce inflammation and restore tissue and organ function is seen as an interesting therapeutic strategy. Medicines whose mode of action is based on eliminating the survival factors of senescent cells (thus leading to their death) are even in development. 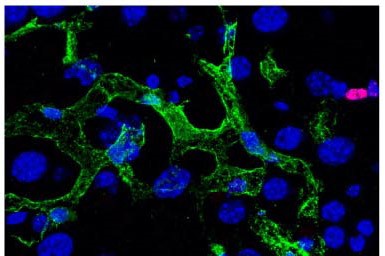 Senescent cells in the liver appear in green on the image. ©Dmitry Bulavin

However, before continuing with the development of these therapeutic strategies, Dmitry Bulavin, Inserm researcher at the Institute for Research on Cancer and Aging of Nice (IRCAN, Inserm/CNRS/Université Côte d’Azur) and his team consider that it is first necessary to gain a deeper understanding of the emergence of these cells, their impacts on the body, and to study whether eliminating them would not have any unexpected harmful effects.

To do this, the researchers developed genetically-modified mouse models in order to track in vivo the appearance and localization of senescent cells over time, by monitoring the expression of gene p16 – a senescence marker common to all cell types.

Some of the models studied were also able to spontaneously eliminate their cells that strongly express p16.

Fibrosis instead of senescence

The researchers observed that the first senescent cells appeared primarily and in large quantities in the liver and more particularly in the sinusoidal endothelial cells found on its surface. These cells play a major role in detoxifying the body, enabling the passage of molecular “waste” from the blood to the liver where it is broken down and then eliminated. “To begin with, senescence has no impact on the filtering activity, which continues to function correctly. But over time, this function decreases and toxic residues inducing oxidative stress start to build up in the body. This early-onset mechanism could be a trigger for aging and the onset of age-related diseases. So we focused on this tissue to study the impact of the spontaneous elimination of senescent cells in our animal model”, explains Bulavin.

The team observed that the mice that underwent elimination of their senescent liver cells generally did not do as well as the others.

Not only did they present a blood platelet problem predictive of early mortality, but also hepatic fibrosis (scar tissue in the liver) that appeared with the destruction of the senescent cells. “This repair mechanism is harmful to tissues with the effect on their deterioration being more rapid than the gradual appearance of senescent cells”, explains Bulavin, who considers that the solution therefore does not lie in eliminating all of the senescent cells. “Instead, we must find ways of delaying the effect of senescence. Previous research has shown that senescence is characterized by epigenetic marks, chemical modifications that alter the functioning of DNA, but not its sequence. They prevent the expression of numerous genes. With my team, we will now explore a promising avenue that involves reprogramming the senescent cells to make them lose their senescence and make them functional again”, he concludes.
TO CITE THIS POST :
Press release – Inserm press room Eliminating Senescent Cells Is Not the Answer to a Long and Healthy Life Link : https://presse.inserm.fr/en/eliminating-senescent-cells-is-not-the-answer-to-a-long-and-healthy-life/39765/

Institute for Research on Cancer and Aging of Nice

(Available for interviews in English)