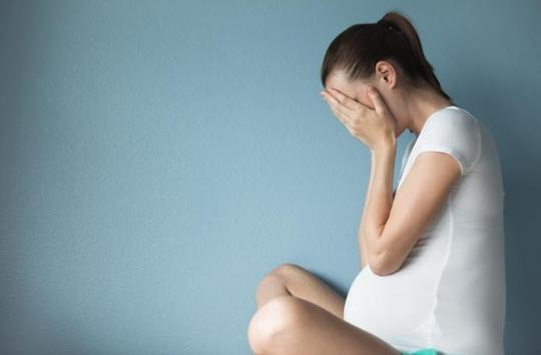 Violence against women, including during pregnancy, constitutes a major public health problem. It can result in death, disability, and a range of mental and physical health issues, for both the mother and the unborn child. A joint team of researchers from Inserm and the University of Paris, working at CRESS (Center for Epidemiological and Statistical Research), has investigated the frequency of physical abuse during pregnancy, its consequences for the mother and child, and the characteristics associated with this violence using data from the 2016 French National Perinatal Survey, which included over 12,000 women. Their results, published in the Maternal and Child Health Journal, estimate that 1.8% of these women were subjected to physical violence during their pregnancy.

Although the figure is difficult to estimate and varies across different regions, approximately 1/3 of women around the world are victims of physical or sexual abuse, by their partner or another individual.

When these women are pregnant, this can have a highly damaging impact on both their health and that of their unborn child. But previously there was no data available on physical violence during pregnancy specifically, at a national level.

This gap has now been filled thanks to the work of a mixed research unit (EPOPé) bringing together Inserm and University of Paris researchers at CRESS. The researchers studied this phenomenon using data collected during the National Perinatal Survey, which was conducted in 2016 among 12,330 women in public and private maternity units in France. (See Rapport: Enquête nationale périnatale 2016. Les naissances et les établissements, situation et évolution depuis 2010 [National Perinatal Survey 2016 Report: Births and Institutions, Status and Change Since 2010]). The objective of this study, led by Marie-Josèphe Saurel-Cubizolles, was to understand the frequency of physical violence during pregnancy, the risk factors, the impact on the mother and child, and the key stages at which measures can be implemented to reduce the incidence of such violence.

The researchers estimated that 1.8% of all the women surveyed had been subjected to physical violence during their pregnancy, and found that this violence was associated with various characteristics.

In particular, women who were not in a cohabiting couple, whether they were in a non-cohabiting couple or had no partner, were more likely to be victims. The frequency of violence was also strongly linked to household income, and was higher among women living in households with fewer financial resources. Finally, certain behaviors, such as tobacco or cannabis consumption by the mother-to-be, were more common in cases of physical violence.

The researchers also showed that this violence had a highly damaging impact on the mother and child, with 62% of the women who had suffered physical abuse stating that they were psychologically distressed during the pregnancy, compared to 24% of other women. For the newborn child, this violence was associated with a higher risk of being born prematurely or transferred to an intensive care unit.

Improved understanding of the factors associated with situations of violence, and demonstration of the impact on the mother and child, should help healthcare professionals develop preventive and protective strategies, and prompt them to raise the issue during antenatal consultations.

TO CITE THIS POST :
Press release – Inserm press room In France, 2 out of every 100 women are subjected to violence during their pregnancy Link : https://presse.inserm.fr/en/in-france-2-out-of-every-100-women-are-subjected-to-violence-during-their-pregnancy/35588/

Physical Violence During Pregnancy in France : Frequency and Impact on the health ofExpectant Mothers and New-Borns