2018 Ebola Epidemics: What is the Latest in Vaccine Research? 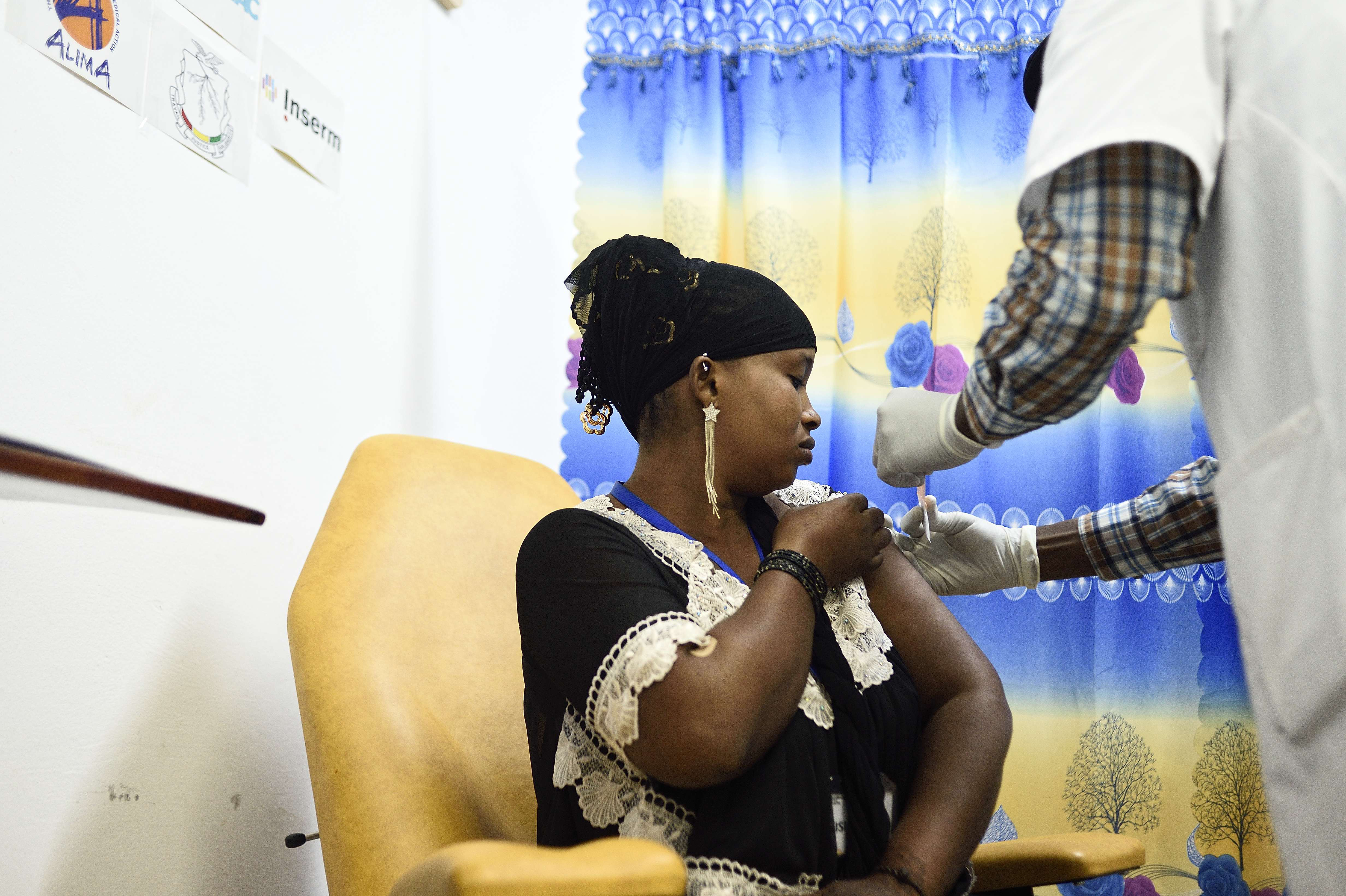 Since July, a new outbreak of Ebola virus disease was identified in the Democratic Republic of the Congo – the second since May.  In an attempt to halt the outbreak, a new vaccination campaign has begun in the affected region of North Kivu. It is against this background that researchers from the consortium PREVAC (Partnership for Research on Ebola VACcination) take stock of advances in Ebola vaccine research in The Lancet and point to the necessity to continue clinical trials.

Since the end of July, the Democratic Republic of the Congo has been facing its second Ebola outbreak this year, following the one in May.  These outbreaks, which can be added to the one of 2017 in the same country, and the widespread outbreak that occurred in Guinea, Liberia and Sierra Leone from 2013-2016, show the extent to which the risk of Ebola re-emergence is real. While no approved treatments or vaccines exist right now, some vaccines are, however, reaching advanced stages of development. Ebola vaccine research must continue because, when combined with effective public health measures, it is an essential element in preventing and responding to future epidemics.

In 2013, Inserm and its Aviesan partners founded REACTing, a multidisciplinary consortium bringing together research groups and laboratories of excellence in order to prepare for and coordinate research to combat the health crises linked to emerging infectious diseases. It was in this context that, Inserm, the National Institute of Allergy and Infectious Diseases and the London School of Hygiene & Tropical Medicine, in collaboration with the health authorities and scientists of four Ebola-stricken countries (Guinea, Liberia, Sierra Leone and Mali) formed the international consortium PREVAC (Partnership for Research on Ebola VACcination) and launched in 2017 a large-scale clinical trial of three Ebola vaccination strategies. The objective of the trial, whose partners also include the universities of Bordeaux and Minnesota, the NGO ALIMA, and three pharmaceutical companies (Janssen Vaccines & Prevention, B.V., part of the Janssen Pharmaceutical Companies of Johnson & Johnson; Bavarian Nordic; and Merck Sharp & Dohme Corp., known as MSD outside the U.S. and Canada), is to identify the most promising vaccination strategies for protecting individuals from Ebola.[1]

Two promising vaccines regimens are being trialed as part of PREVAC, including rVSV∆G-ZEBOV-GP which has been used since August 9, 2018, in response to the new epidemic in the Democratic Republic of the Congo. The second, Ad26.ZEBOV and MVA-BN-Filo prime-boost, is also under evaluation in PREVAC. The latter is also being tested in the EBOVAC project, of which Inserm is a partner.

On August 10, 2018, in an article published in The Lancet, PREVAC researchers take stock of Ebola vaccine research. They note that some key questions remain to be studied via various vaccine strategies. Researchers are concentrating on gaining a deeper understanding of the immune response to the Ebola vaccines, the question of the rapidity and durability of the immune response (and therefore the potential protection) in vaccinated individuals, the safety and the ability of the vaccine to trigger an immune response in children, as well as the nature of the responses in people with immunodeficiencies and pregnant women.

According to the PREVAC team, various vaccine strategies and scenarios need to be researched to identify the most effective way to prevent and respond to future Ebola outbreaks.

Post-exposure vaccination, targeted preventive vaccination for people who have come into contact with infected individuals, as well as preventive vaccinations for at-risk populations, such as healthcare and frontline workers, and possibly residents of areas regularly affected by outbreaks, are some of the strategies to be investigated.

Addressing these challenges requires the pursuit of collaborative partnerships centered on Ebola research. It also requires increasing the local population’s trust in the vaccines and vaccination campaigns. Indeed, the adherence of those enrolled and the engagement of the community throughout the clinical trial process is fundamental to success.  Bringing social sciences into clinical research makes it possible to increase the population’s trust and its involvement in the trials.

[1]All the information on the PREVAC clinical trial can be found on the dedicated Inserm page:

TO CITE THIS POST :
Press release – Inserm press room 2018 Ebola Epidemics: What is the Latest in Vaccine Research? Link : https://presse.inserm.fr/en/2018-ebola-epidemics-what-is-the-latest-in-vaccine-research/32181/