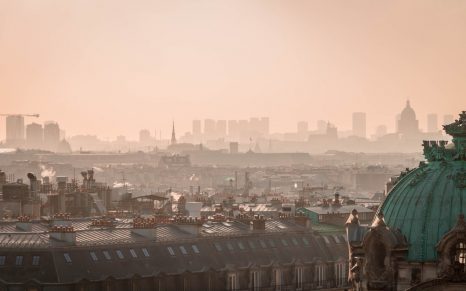 Air pollution is linked to thousands of deaths each year in France. © Unsplash

Forty percent of dementia cases could be avoided or delayed by acting on modifiable factors, one of which is air pollution1. In order to explore the subject in greater depth and obtain accurate data on this risk factor, researchers from Inserm, Université de Rennes 1 and the EHESP School of Public Health at Irset wished to identify the impact on cognitive performance of three pollutants linked to road traffic (fine particles of less than 2.5 microns in diameter, nitrogen dioxide and black carbon). They compared the results of cognitive tests performed by a large sample of people according to their level of exposure to these different pollutants. The results of the study suggest a link between exposure to higher levels of pollutants and lower levels of cognitive performance, a link which differs depending on the pollutants. These results have been published in The Lancet Planetary Health.

The adverse health effects of air pollutants, even at low levels of exposure, are well documented. Recent research has suggested that, in addition to increasing the risk of developing cardiovascular and lung disease, air pollution could accelerate cognitive decline, which is a warning sign of a neurodegenerative disease such as Alzheimer’s2 or other forms of dementia.

In recent years, air pollution has been recognized as a “modifiable” risk factor for dementia, in that it is possible to take action by changing the regulations governing tolerated levels of pollution. However, until now, there had been no studies that simultaneously investigated different types of pollutants and their respective potential effects on the various areas of cognition.

Researchers from Inserm, Université de Rennes 1 and the EHESP School of Public Health at Irset studied how the level of exposure to air pollutants affects cognitive performance. With a previous study having revealed that cognitive performance could decline as early as 45 years of age3, the research team used data from over 61,000 participants in the Constances epidemiological cohort aged 45 years and older.

All participated in a series of tests measuring their cognitive performance in three major areas of cognition: memory, fluidity of verbal expression (or verbal fluency) and the capacity to make decisions (or executive functions4). The researchers established a cognitive performance score for each test, taking into account the sex, age and education of each participant.

To measure each participant’s exposure to pollution, the research team used so-called “exposure” maps that estimate the concentration of pollutants at their place of residence. These maps take into account several variables, such as road traffic density and proximity of the place of residence to roads. Three pollutants related to road traffic were considered in the study: fine particles of less than 2.5 microns diameter (PM2.5), nitrogen dioxide (NO2) and black carbon.

By comparing the results of the cognitive tests with the level of exposure to the three air pollutants, the study shows that exposure to higher levels of these pollutants is significantly linked to a lower level of performance in the three cognitive domains studied.

For the participants most exposed, the researchers found a difference ranging from 1 to almost 5% in the cognitive performance score compared to the less exposed participants.

4 Set of cognitive processes (reasoning, planning, problem-solving, etc.) that enable us to adapt to the context or to new situations.

A team of scientists led by Inserm Research Director Basile Chaix at the Pierre Louis Institute of Epidemiology and Public Health (Inserm/Sorbonne Université) studied the impact of these parameters on exposure to black carbon, an air pollutant produced by road traffic. ...

Outdoor air pollution exposure and cognitive performance: findings from the enrollment phase of the CONSTANCES cohort