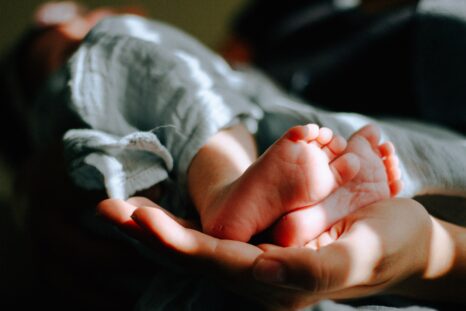 In the weeks that follow the birth of a child, both parents are likely to develop depression. Paternity leave, recognized for its benefits on family balance, child development and male-female equality, could be one of the keys to preventing this condition that affects one in ten fathers and almost two in ten mothers. Using data from over 10,000 heterosexual couples participating in the Elfe[1] cohort study, a team of researchers from Inserm and Sorbonne Université at the Pierre Louis Institute of Epidemiology and Public Health looked at the impact of two weeks of paternity leave on the risk of postpartum depression in each parent. While the findings show that fathers who have taken or intend to take paternity leave are less likely to develop postpartum depression, this risk appears to be increased in mothers whose partner has taken paternity leave. This research, to be published in Lancet Public Health, supports the importance of family policies targeted at fathers and questions the modalities of paternity leave that is beneficial to the mental health of both members of the couple.

Postpartum depression is a common phenomenon among new parents: in healthy people, 17% of mothers and more than 10% of fathers are likely to develop it in the year following their child’s birth. For some parents, the onset of a depressive episode at this crucial period in family and social life heralds the development of depressive disorders that may persist over time.

Following the European Union Work-life Balance Directive in 2019, the European Parliament has encouraged policies to promote the equal sharing of parental and domestic tasks between mothers and fathers. Paid paternity leave is considered to be one of the policies likely to meet this objective, with studies already showing a link with increased participation by fathers in household tasks and child education, that it improved dynamics within the family and the couple, and that it had positive consequences on the emotional, psychological, and social development of the child. In addition, research has shown that, among new parents, feeling socially supported and declaring oneself to be globally satisfied with their relationship with their partner was associated with a reduction in the risks of postpartum depression.

To consolidate the existing data, a research team led by Maria Melchior, Inserm Research Director at the Pierre Louis Institute of Epidemiology and Public Health (Inserm/Sorbonne Université), sought to observe the impact of taking two weeks’ paternity leave (paid and with no risk of job loss)[2] on the risks in both parents of developing depression two months after the birth of their child.

To do this, the researchers used data from the Elfe cohort study, which includes more than 13,000 French mothers and nearly 11,000 French fathers whose children were born in 2011.

Each participating couple indicated whether the father had taken or intended to take paternity leave[3]. Two months after the birth of the child, the participants all completed a questionnaire to evaluate whether they were suffering from depression. Their responses were analyzed taking into account a certain number of socioeconomic (related to employment) and family health characteristics likely to influence the use of paternity leave.

Thus, while the fathers who take or intend to take two weeks’ paternity leave have a reduced risk of postpartum depression, in mothers, the taking of paternity leave by their partners does not appear to have a significant beneficial effect.

“In addition to the benefits that paternity leave can have in terms of family dynamics and child development, it could also have positive effects on the fathers’ mental health, comments Katharine Barry, Inserm doctoral student at Sorbonne Université and first author of this research. However, the negative association observed among the mothers could suggest that a two-week period of paternity leave is on the other hand not sufficient to prevent postpartum depression in mothers. “

The scientists believe that this negative association among mothers could be due to the unequal distribution of time spent on childcare, selection bias, or both.

“Despite taking many possible confounding factors into account, we were unable to sufficiently evaluate the pre-existence of depressive disorders outside of another pregnancy in the mothers. It is therefore possible that those fathers whose partner is at greater risk of depression take paternity leave more readily, explains Melchior. However, our findings underscore the importance of family policies targeted at fathers in terms of the parents’ mental health, continues the researcher, as they can advance equality of the sexes in the labor market and increase the fathers’ participation in the family sphere.  “

Future research should therefore examine the impact that the duration and timing of paternity leave may have on the mental health of parents and the development of children, including since this leave was extended in 2021.

[1] The French Longitudinal Study from Childhood (Elfe) is a national cohort of children followed from birth to adulthood to study the familial, economic and sociocultural factors that can influence the development of children.

[3] In this study, the participating fathers had up to 4 months after the birth of their child to take their paternity leave.

B Department of Child and Adolescent Psychopathology, Amiens University Hospital, Inserm Unit U1105 Research Group for Analysis of the Multimodal Cerebral Function;