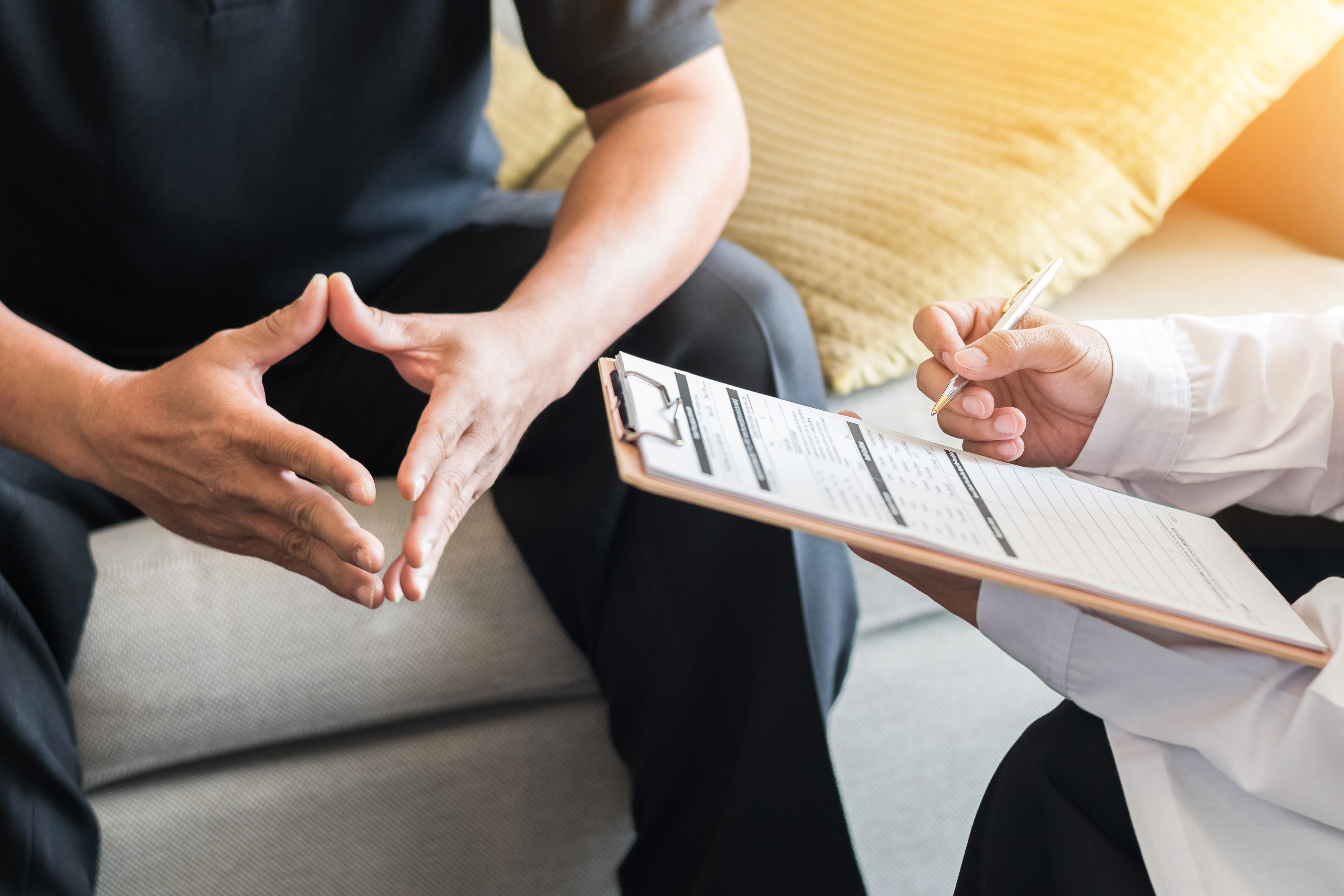 Over 3 million people in France are currently living with cancer or have recovered from it.
While the number of new cases diagnosed each year continues to increase, the advances made in diagnosis and treatment have made it possible to push back mortality.  The disease remains a difficult ordeal for those affected, both physically and psychologically, and is also synonymous with social and professional disruption.

In order to study the evolution of the impact of cancer over time on the daily lives of sufferers, the French National Cancer Institute decided to extend VICAN2 – the survey on life two years after a cancer diagnosis – which was conducted in 2012.

Conducted by Inserm[1], this study explores, five years after diagnosis, the health status, long-term side effects and medical follow-up, the difficulties experienced in daily life and also the impact of the disease and its treatments on resources and employment.  Its results will be discussed at a colloquium on June 10, in Paris.

“Life five years after a cancer diagnosis” – the VICAN5 study

Highly instructive, not just on the evolution of side effects but also on the impacts of the disease on the personal and professional lives of sufferers, the results can be used to orient the actions of public authorities and the various players committed to fighting cancer.

Some of these results back up the measures implemented by the French National Cancer Institute (INCa) and the public authorities (the supportive care package, the tertiary prevention measures such as the reimbursement of nicotine patches or the prescription of physical activity, the right to be forgotten or the return to work or continued employment as part of the “Club des entreprises”). Other results make it possible to consider actions to intensify the current measures or implement new ones to best orient the support given to patients and their relatives. Indeed, disparities in the prognosis, cancer site and status of sufferers make it possible to consider more targeted measures, notably regarding cancers in which the progress of the therapies remains low. As reaffirmed in the 2014-2019 Cancer Plan, continuity and quality of life despite the disease is an ambition shared by all those involved in fighting it.

The principal results of VICAN5

44.4 % of respondents report an impairment in physical quality of life compared with the general population. This percentage is similar to that observed with the first survey.

While lung cancer has the most negative impact on physical quality of life, a decrease can be observed in relation to the previous situation – as is the case with breast cancer.   For the other cancer sites, the situation remains stable.

The improvement observed with lung cancer remains to be qualified – indeed, it is the site with the highest mortality rate between the two surveys.  The results can therefore not be superimposed.

Five years post-diagnosis, 48.7% of respondents describe fatigue as a clinically significant symptom.  It is more prevalent in women and varies according to the cancer site.

In addition, levels of fatigue remain significantly higher in women and young people, with people in precarious economic situations reporting higher levels of fatigue, thereby highlighting the weight of inequalities in relation to its experience.

Beyond the differences between the sexes, those most vulnerable in relation to fatigue are the youngest, and those in a situation of economic hardship.  This last point underlines the ever-prominent weight of social inequalities in how the post-cancer period is experienced.

More than one quarter of those diagnosed in 2010 have experienced a decrease in their available income five years post-diagnosis. Those affected present the most vulnerable profiles on the job market (women, those educated to below baccalaureate level, the self-employed), often live alone and declare living with late side effects related to the disease and/or its treatment.

Strongly linked to disease characteristics such as cancer prognosis, receipt of chemotherapy and experience of fatigue in 2015, the decrease in the number of hours worked constitutes the lever most frequently used when resuming work in order to take into account the diminished physical capacity, which is mainly due to late side effects of the disease and its treatments.

VICAN5 also enables the follow-up at two and five years post-diagnosis of those who responded to both questionnaires.  Specific analysis of this group shows that the per capita decrease in income mainly occurs after the first two years following diagnosis; for 53.7% of respondents, this decrease occurs during the three subsequent years.

A deterioration in professional situation over time

Five years post-diagnosis, cancer still negatively impacts the professional lives of sufferers, depending on the epidemiological reality of the disease and the professional characteristics of the job held initially.

Those having had cancer have seen a deterioration in their professional situation, generally revealing an acceleration of the phenomenon of leaving employment: the decrease in employment rate and increase in unemployment are the primary results of the VICAN5 survey in relation to changes in professional status. An increase in the proportion of individuals on disability leave has also been observed.

Among those in work at the time of diagnosis, one in five is no longer working five years later.

Considering the fact that those on sick leave remain in work from an administrative viewpoint, this finding reveals a deterioration in the professional situation greater than that observed with VICAN2. It would therefore appear that the impact of cancer on professional life can occur in the medium-term.

As with the previous survey, those most concerned by job losses five years post-diagnosis are manual workers, private sector employees, individuals working in very small businesses, company heads and those having been diagnosed with lung, upper aerodigestive or colorectal cancer.

Some of the results presented here must be interpreted with caution.  The employment situation presented according to various socio-professional characteristics makes it possible to characterize the groups most concerned by a deterioration in their professional situation five years post-diagnosis, but this must not be interpreted too hastily in terms of causality.  For example, if those having suffered from lung cancer are more affected in terms of maintenance in employment, this can be due to the characteristics of the disease but also express an argument in the social epidemiology of cancer: the socio-professional categories most concerned by this type of disease, such as manual workers, are precisely those which are the most vulnerable on the job market.

Adjustment of working time is the most common measure for those in employment at the time of diagnosis – 62.7% of respondents had their working conditions adjusted during the subsequent five years and declare themselves satisfied in the main. Those who benefited from the adjustments are women, people initially in full-time employment, public sector employees and people with permanent contracts.
Self-employed workers had less recourse to such adjustments.

At five years post-diagnosis, 56.9% of respondents are being followed up for their cancer in a primary-care setting.  However, more than one third (33.1%) declare that they are not being monitored and also feel less well-informed on the symptoms they are likely to face.

During and after cancer, diet and physical activity play a major role in various domains, such as prevention of the risk of a second cancer and improved disease prognosis and tolerance to treatments.  However, five years post-diagnosis, 34.3% of respondents declare to have not modified their exercise regimes.  Furthermore, 53% of respondents declare that they are getting less exercise or that they have stopped it altogether, whereas 12.7% state that they do more.

As in the general population, among those diagnosed with cancer five years ago, the prevalence of smoking decreases with age and concerns more particularly those with low economic status.  As such, 39.8% of respondents who smoked prior to diagnosis no longer smoke five years later and 16.7% smoke tobacco most often daily.  Furthermore, and in contrast to what to the general population, women smoke more than men.

The VICAN5 survey builds on VICAN2 by interviewing state health insurance beneficiaries resident in mainland France, in whom cancer was diagnosed around five years beforehand and who were aged between 18 and 82 at the time of diagnosis. Twelve cancer sites, including the most common, were focused on. In parallel to the telephone survey, medical record data and healthcare consumption information[2] were collected.
All in all, 4,174 people were questioned, among whom 2,009 individuals having participated in the previous survey, VICAN2, along with an additional sample of 2,165 people.

[2] Data taken from the SNIIRAM database, which covers the various health insurance schemes.

In patients with familial adenomatous polyposis, a genetic disease predisposing to colon cancer, mutations of the APC gene induce the formation of intestinal polyps, but also reduce immune system activity. In a new study, researchers describe the mechanisms that modify the structure ...