Is the Link Between Early Cannabis Use and Academic Performance Becoming Clearer? 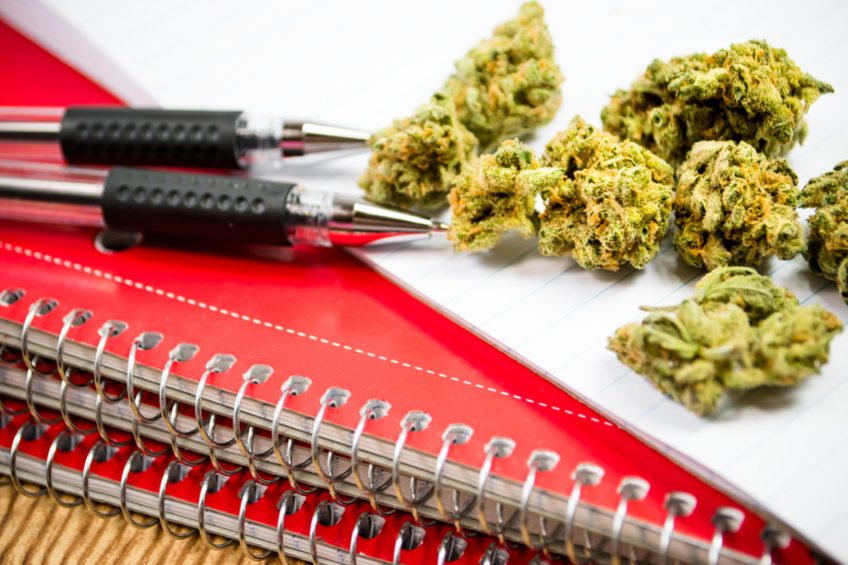 The hypothesis that cannabis consumption has a direct effect on concentration, motivation, and the academic success of young people in the long-term is supported by neuroscience research data which demonstrates specific lesions in teenage users. Maria Melchior, Inserm Research Director (Pierre Louis Institute of Epidemiology and Public Health, Inserm-Université Pierre et Marie Curie, Paris), and her French and North American colleagues wished to study the possible existence of a causal relationship between early cannabis consumption (before age 17) and the level of education completed later on. Their study, which involved more than 1,000 people, is being published today in the International Journal of Epidemiology.

Studies currently available show that cannabis use during adolescence predict the level of education completed later on. However, numerous factors making some young people more likely to use cannabis earlier on than others, such as family traits or even psychological or educational difficulties, were not taken into account.

The researchers analyses are based on data from the TEMPO cohort, which collected information from 1,103 people aged 25 to 35 in 2009. The parents of these young adults are part of the GAZEL cohort, a longitudinal study which began in 1989. It was used to record the characteristics of their initial social background and childhood education. Early cannabis use was defined by consumption before the age of 17. The level of education completed was defined by whether they obtained a high school diploma or not.

In order to compare early (<17 years) and non-early (>=17 users) users of cannabis to non-users, ‘propension’ scores were calculated from the sociodemographic characteristics of the participants and their parents, and integrated in the analyses.

The researchers were able to reach several conclusions:

— By taking the age and sex of the participants into account, early consumers are more likely not to obtain a high school diploma (OR=1.77, 95%CI 1.22-2.55), compared to non-users.

— By taking individual and family traits likely to predict early cannabis use into account, the association is slightly lower but remains statistically significant (OR=1.64, 95%CI 1.13-2.40).

— Young people who began using cannabis after 17 have a diploma level comparable to non-users.

— Early cannabis use and level of education appears to be more strongly related in young girls than in young boys.

“The mechanisms by which early cannabis use affects future education may be linked to effects such as a lack of motivation, and memorization and concentration difficulties,” explain the researchers. “In a context where, in France, one middle school student in ten (one in five in 9th grade) and almost one high school student in two has already tried cannabis, a major public health objective is to try to get people to wait until they are older to use it for the first time,” they also say.

TO CITE THIS POST :
Press release – Inserm press room Is the Link Between Early Cannabis Use and Academic Performance Becoming Clearer? Link : https://presse.inserm.fr/en/francais-consommation-precoce-de-cannabis-et-influence-sur-les-resultats-scolaires-le-lien-se-precise/28377/