Expédition 5300: a scientific expedition to the world’s highest settlement 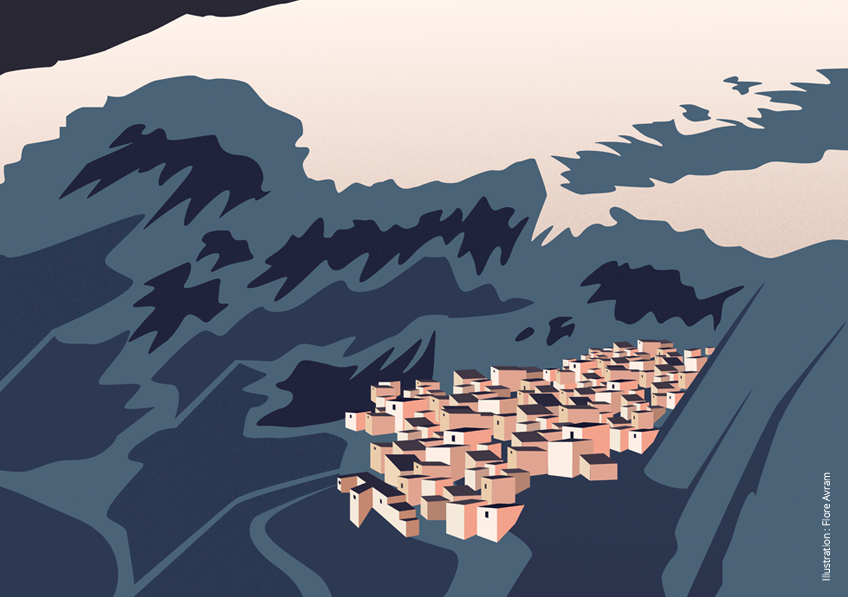 A group of over fifteen scientists, led by Samuel Vergès, an Inserm researcher from the “Hypoxia and Cardiovascular and Respiratory Physiopathologies” group (Inserm/Université Grenoble Alpes), is taking part in a scientific expedition to investigate the effect of low oxygen levels on health. In early 2019 they will spend 6 weeks in the world’s highest settlement, situated in Peru at an altitude of 5,300 m, studying how its inhabitants have adapted physiologically to extreme living conditions and analyzing the specific altitude-related health problems they face. Eventually, the researchers hope to use the data in order to improve the understanding and treatment of diseases related to low oxygen levels.

Understanding how the human body is able to adapt to low oxygen levels, finding out why some individuals are unable to develop these mechanisms, and identifying ways to improve tolerance of low oxygen are key questions for both individuals traveling to or living at high altitude, and for the treatment of many diseases in less extreme environments.

Situated in Peru, on the border with Bolivia and at an altitude of 5,300 m, the town of La Rinconada’s economy is largely based on gold mining. The mine’s employees and their families live in extreme conditions, not only due to the altitude (which is higher than Mont Blanc), but also because it is impossible to connect the settlement to utilities such as electricity and running water.

High altitude represents an extreme environment that tests the human body’s capacity for adaptation, and its limitations. The reduced level of oxygen available at altitude (hypoxia) makes this environment a true open-air laboratory. This is why La Rinconada has attracted the attention of the scientists in Grenoble.

Scientific goals of the expedition

In February 2019, scientists from Inserm unit 1042 with specialist expertise in altitude and hypoxia research will work alongside other international groups to set up a temporary human physiology and biology laboratory in the heart of La Rinconada. With a view to improving treatment of the physiopathological effects of low oxygen levels, and related diseases, they hope to advance knowledge across a number of different areas.

When an individual who normally resides at sea level travels to somewhere at altitude, three major conditions with damaging effects on health may occur:

The last two conditions are much more serious and can be fatal. At present they can only be treated by oxygen therapy supplied in cylinders or reoxygenation in a hyperbaric chamber. In order to combat these conditions, over time the inhabitants of La Rinconada appear to have developed genetic adaptations to living at altitude. However, they also appear to be more frequently affected by another kind of disease: chronic mountain sickness, which affects people who permanently reside at high altitudes.

The researchers’ main objective is to understand the mechanisms of adaptation to high-altitude hypoxia in order to treat both patients suffering from low oxygen levels in La Rinconada and treat diseases that are more common at sea level. These include diseases such as chronic obstructive pulmonary disease, sleep apnea, and sickle cell disease, which are characterized by patient exposure to inadequate oxygenation due to respiratory or hematological abnormalities. Understanding how the human body is able to tolerate hypoxia to a greater or lesser extent could enable the development of personalized care and improved therapeutic management.

Unit 1042 is developing a number of diagnostic and therapeutic tools especially for low-oxygen conditions, whether at altitude or, for example, in respiratory disease. These include an altitude mask designed to improve oxygen diffusion via the lungs, which was developed by Dr. Vergès’s team during a previous expedition to the Himalayas. This mask is about to become commercially available for individuals living at sea level and traveling to places at altitude.

Reproducing conditions for life in space

Once the terrestrial environment is left behind, it is very difficult to reproduce the exact conditions of oxygen availability found in life on Earth. This means that future space travelers and dwellers will need to be able to live permanently in oxygenation conditions equivalent to those at high altitude, and thus to develop the mechanisms of adaptation to hypoxia that have been mastered over the course of generations by populations living at high altitude on Earth. Understanding these adaptation mechanisms, their benefits, and limitations will therefore make it possible to better imagine human adaptation to life outside Earth’s atmosphere.

Nearly 20 European and Peruvian scientific and medical experts will take part in the expedition.

Phases of the expedition

The research team used an initial 10-day reconnaissance trip to Peru in early October to put in place a number of logistical elements (particularly demanding for this kind of expedition), to establish the necessary relationships with key people on the ground, and to work with Ivan Hancco, a Peruvian doctor in La Rinconada, to study the preliminary data collected over recent months from the town’s inhabitants. These data indicated very high levels of chronic mountain sickness compared to other populations living at altitude. Researchers also observed blood abnormalities reflecting extreme physiological responses to hypoxia.

In February 2019, the researchers will examine 40 of La Rinconada’s inhabitants from head to toe. The volunteer participants will be divided into two groups, one in good health and thus with high tolerance to altitude hypoxia, and the other showing symptoms of intolerance (such as headache, dizziness, palpitations, cyanosis, and varicose veins) and in all likelihood specific underlying diseases that require further investigation. Two further groups of 20 Peruvians living in Lima and, at lower altitude, in Puno (3,800 m) will also undergo the same kind of assessment, enabling comparison of group characteristics.

Over a 30-day period, the researchers will study the genetic profile of participants, their sleep quality, and capacity for physical exertion, and gather data on their blood, cardiovascular, and brain characteristics.

In concrete terms, this will involve setting up a scientific and medical laboratory for a period of 6 weeks, requiring several hundred kilos of specialist equipment to be transported by plane and ATV to the 3 study sites in Peru (Lima, Puno, and La Rinconada). The research group will see 6 to 8 volunteers a day, with each subject spending two days with the team in order to undergo all the assessments. Participants will also be studied during their sleep and will have to wear sensors for a 24-hour period. Some of the blood samples taken will undergo on-site laboratory testing (such as blood viscosity, for example), while others will be frozen and sent to France for specific analyses (including genetic and epigenetic testing).

The results obtained should enable the team to identify the mechanisms developed by the human body for living at lower oxygen levels: mechanisms developed over the course of generations by Peruvians living at altitude, including genetic adaptations, and mechanisms that might be manipulated to help individuals suffering from a lack of oxygen to maintain an adequate health status. The group’s preliminary results will be published from September 2019 onward.

This scientific expedition follows other studies previously undertaken by the same research group:

These two scientific studies resulted in the publication of numerous international scientific articles, as well as the development of a number of technologies and patents. These include two articles published in Neurology in 2013 and Frontiers in Physiology in 2016, which presented the first MRI evidence of the brain changes associated with a 1-week stay at an altitude over 4,000 m.

A patent for the mask mentioned above has been filed and developed in the laboratory and has already been tested in the previous two expeditions. Use of the mask increases saturation (the level of oxygen in the blood) by 8 to 9% at high altitude, which equates to providing the body with the oxygenation conditions of an altitude 1,000 to 1,500 m lower than the one at which the user is currently at.

A wide array of communication methods

Mindful of the unique nature of this scientific and humanitarian mission, the researchers will share their daily news on site thanks to support from communication specialists, some of whom will be based in Peru during the expedition. A website, Facebook page, and an Instagram account have been created for this purpose. It will also be possible to follow the expedition on Inserm’s social media accounts (Twitter and Facebook). A documentary video will be filmed on site by a professional videographer.