Identification of a gene linked to brain lesions in preterm infants 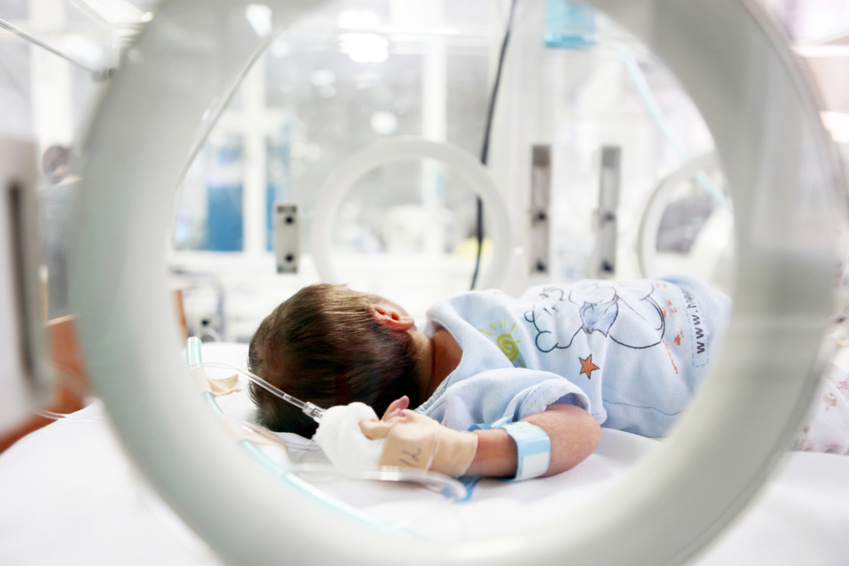 Researchers from Inserm, the Université Paris Diderot, King’s College London, and the Duke-NUS Medical School in Singapore have identified a gene that may be associated with brain lesions that can be caused by preterm birth. This study is published today in Nature Communications.

In the context of deliveries, preterm labor is associated with inflammation in the mother and/or baby,  often linked to an infection. This inflammation can cause brain injury, with potentially life-long consequences such as cerebral palsy, autism, or behavioral problems in 30% of preterm babies.

A new study, published today in Nature Communications, has investigated the role of microglial cells, which control immune response in the brain, in responding to this inflammation. The researchers have demonstrated expression of a gene, known as DLG4, in these cells which control the inflammatory pathway.

DLG4 is found in various forms among all human beings. Previously, it was thought to play a role only in neuron function. This new discovery suggests that it is also involved in the process leading to brain lesions in some preterm babies, and may open up new directions for research into the most effective treatments for such lesions.

The collaborative study used an approach that included both mice models of inflammation and a genomic analysis of over 500 brain examinations of infants born preterm. This approach identified differences in the way DLG4 is expressed in mice microglia, and demonstrated an association between DLG4 and cerebral anomalies in preterm infants.

This discovery suggests a previously unknown mechanism involved in causing brain lesions in preterm infants. In the view of Pierre Gressens: “We have shown that the DLG4 gene is expressed differently in the microglia when the brain is damaged by inflammation. We hope that our work will offer a new avenue for studying and understanding the cause of this inflammation and resulting brain damage, so that scientists can develop more effective treatments for diseases such as autism and cerebral palsy, by stopping or even preventing the inflammation associated with preterm birth.”