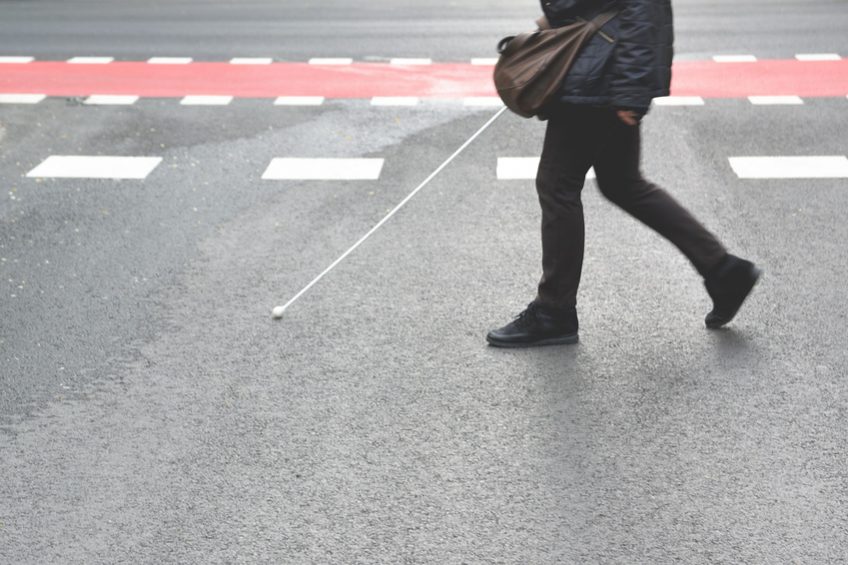 The Vision Institute (Inserm, Université Pierre et Marie Curie (UPMC), National Center for Scientific Research (CNRS)) via the Fondation Voir & Entendre has signed a contract with the United States Defense Advanced Research Projects Agency (DARPA), which could ultimately represent $ 25 million. With the help of an international consortium, researchers from Inserm, CNRS and UPMC, working within the Vision Institute, want to develop a system capable of restoring vision by optogenetic stimulation of the visual cortex. This project is called CorticalSight.

The retinal ganglion cells are neurons which integrate the visual information of the environment in the eye’s photoreceptors and transmit it to the higher visual centers. Impairment of these cells deprives the centers of any visual information coming from the outside, thus causing complete blindness.

The degeneration of retinal ganglion cells is one of the leading causes of blindness in the Western world. It can be the result of various pathological conditions, including ocular trauma, retinal disorders such as glaucoma, diabetic retinopathy or optic neuropathies.

In animals, the restoration of sight after photoreceptor degeneration works thanks to the development of a very recent technique: optogenetic therapy. By this method it becomes possible to optically take control over the activity of very precise areas of the brain to induce behavior in the animal. In this specific case, the visual areas would be directly activated to induce visual perception even though the photoreceptors have not been activated. This first step in animals paves the way for the transfer of this technology to humans.

The CorticalSight project, financed by this contract, thus aims to restore visual perception in people who have become blind, by acting directly on the higher centers of the brain. To do this the researchers will use an intelligent image capture device combined with optogenetic stimulation.

In detail, the system as a whole will consist of several devices operating in series. On the face, a first device attached to glasses will consist of a camera filming the live environment of the patient in high resolution. A second device in the brain will transform the visual information, through complex algorithms, into light signals that the brain can interpret.

And this is where otogenetics comes into play. Using this technique, neurons specific to the visual cortex will be made sensitive to light by the expression within them of a microbial opsin (this algae protein transforms light energy into electrical activity).

It is then sufficient to couple the two external and internal devices so that the light signals coming from the outside are transformed into optical stimulation capable of activating the neurons of the visual cortex.

The human brain then does the rest of the work, as it knows how to, by translating the visual perception into a mental image representing the environment: a face, a tree, etc. 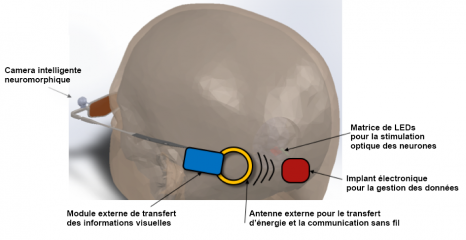 The CorticalSight project is coordinated by the Vision Institute (Inserm/CNRS/UPMC) and brings together international researchers in the field of vision whose individual expertise will be needed at each stage of scientific development.

Alain Eychène, head of Research and Innovation at the French National Cancer Institute and head of the Aviesan Multi-Organization Institute for Cancer

Inserm Research Director Alain Eychène is taking the helm at the French National Cancer Institute’s Research and Innovation division. In this new role, he will also head the Aviesan Multi-Organization Institute (ITMO) for cancer and will manage Inserm’s Cancer institute. ...