Physical activity does not protect against the onset of dementia 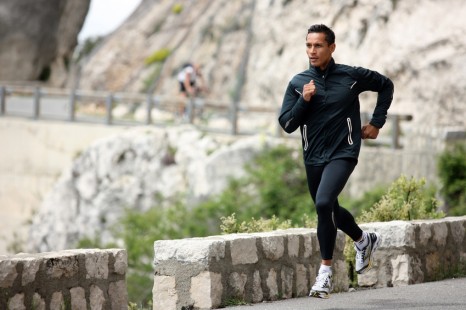 Physical activity in adulthood is not associated with a reduced risk of developing dementia. However, a decline in this activity is observed during the decade preceding its diagnosis. If this decline in activity cannot be considered as an early sign of dementia, it could be one sign – among others – to be taken into account by the attending physician. This is demonstrated by a study conducted by an Inserm research team of the Center for Research in Epidemiology and Public Health (Unit 1018 Inserm / Université Paris-Saclay). The results were published in the British Medical Journal on June 22, 2017.

Over the past forty years in France, life expectancy in good health has increased by 10 years, from 72 years in 1970 to 82 years in 2010. This increase in life expectancy can be explained by the improvement in quality of life but above all by the progress made in the field of medicine. However, living longer also leads to a higher probability of developing dementia (reduction of cognitive abilities leading to difficulties in everyday activities). The World Health Organization (WHO) estimated in 2015 that 47 million people worldwide were suffering from this disease and this number is expected to triple by 2050.

Until very recently, many studies suggested that physical activity could be a neuroprotective factor, thus delaying the onset of cerebral pathologies. In order to study this hypothesis, a longitudinal study conducted by a team of Inserm researchers from the Center for Research in Epidemiology and Public Health (CESP), in collaboration with University College London, followed more than 10,300 people aged 35 to 55 at the time of inclusion, between 1985 and 2012 (i.e. 27 years). Every 4 years the researchers measured the physical activity of each subject and made them take numerous cognitive tests.

This study showed that physical activity in adulthood would not have a protective effect on the risk of dementia. Indeed, it could not be demonstrated that there was any association between the practice of physical activity (whether mild or moderate to intense) and the onset or not of dementia. Moreover, people following public health recommendations in terms of physical activity, i.e. more than 2 hours 30 min of moderate to vigorous physical activity, showed a decline in cognitive functions, such as memory or thinking skills, similar to people not following these recommendations. As stressed by Séverine Sabia, Inserm researcher heading this study, “These results are corroborated by two recent intervention trials1,2 and an expert report published on June 22, 2017 that concludes there is a lack of sufficient evidence of a protective effect of increased physical activity on the risk of dementia”.

Nevertheless, researchers observed a decrease in physical activity (up to 2 hours / week less) in the 9 years preceding diagnosis in subjects with dementia. These findings suggest that the decline in physical activity in these individuals may be part of the changes that occur during the preclinical phase of dementia such as Alzheimer’s disease. Even today, it is very complicated to diagnose this disease before certain clinical signs such as memory problems or loss of autonomy appear. It therefore remains to be seen whether maintaining a good level of physical activity during this preclinical phase of dementia could slow down the disease process.

While physical activity appears to have no protective effect on the onset of dementia, it is important to remember that practicing a sport is beneficial for the cardiovascular system and the prevention of obesity and type 2 diabetes. It is therefore necessary to maintain good regular physical activity, even of moderate intensity, as it is a major determinant of a person’s state of health at all ages of life.

TO CITE THIS POST :
Press release – Inserm press room Physical activity does not protect against the onset of dementia Link : https://presse.inserm.fr/en/francais-lactivite-physique-ne-protege-pas-de-la-survenue-dune-demence/28923/