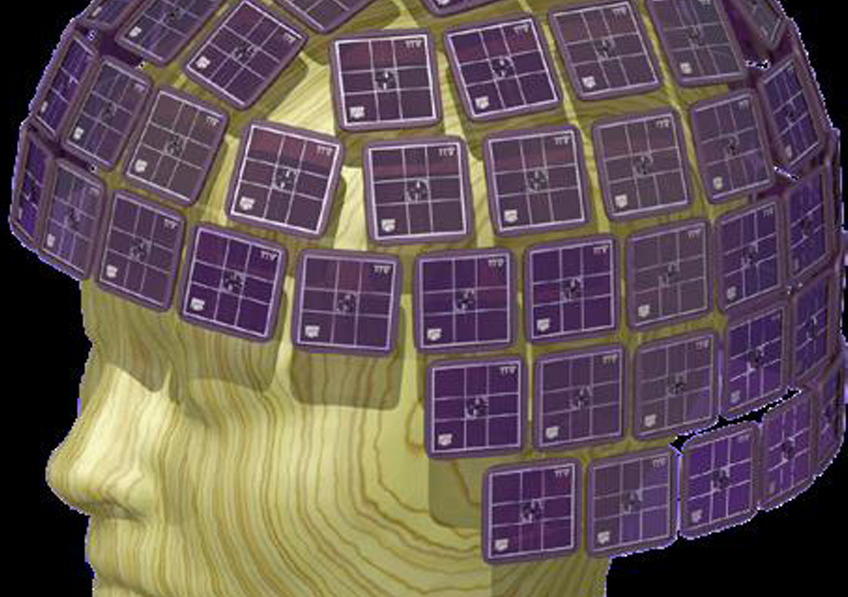 Our brains are constantly bombarded with sensory information. Far from being overloaded, the brain is an expert in managing this stream of information. Researchers from Neurospin (CEA/Inserm) have discovered how the brain incorporates and filters information. By combining high temporal resolution brain imaging techniques and machine learning algorithms, the neurobiologists were able to determine the sequence of neuron operations which allows the brain to specifically select the relevant information. The key part of this information is processed and filtered unconsciously by our brains. The relevant information within this stream is selected by a three-step operation, and sent to the association areas of the brain to be memorized. These findings were described in Nature Communications on December 5, 2017.

The researchers measured the brain activity of 15 participants, while they attempted to locate a “target” image in a stream of 10 images per second1. The neurobiologists were thus able to observe three successive operations allowing the participants to process and sort the image stream:

► While ten or so images are shown each second, each image is analyzed by the sensory regions of the brain for approximately half a second. This represents the first phase of automatic processing, unconscious and effortless.

► When the participants are asked to pay attention and memorize a specific image, it is not only the ‘target’ image that is selected, but all images still being processed in the sensory regions. The subject’s concentration will have the effect of amplifying the neuronal responses induced by these images.

► The third phase of processing corresponds to the subject’s conscious relationship. Only one of the selected images induces a prolonged cerebral response involving the parietal and frontal regions. This is the image which the subject will claim to have perceived.

In this study, we demonstrate that the human brain is capable of processing several images simultaneously, unconsciously,

” explains researcher Sébastien Marti, the author of this study with Stanislas Dehaene, Director of Neurospin (CEA/Inserm). “Concentration boosts neuronal activity and enables a specific image to be selected, which is relevant to the task the subject is in the process of performing. Only this image will be consciously perceived by the subject,” the researcher continues.

Bombarded with an ever-increasing amounts of information, our brains, in spite of everything, are thus able to manage surplus data by effortless automatic filtering, and a three-phase selection process.

Technological advances in brain imaging and information science have led to a spectacular acceleration in neuroscience research, and this study is a fine example of that.

To further explore the way in which the brain processes images

► Several studies have shown that the brain was potentially capable of analyzing up to 70-80 images per second.

► The faster the image stream, the less capable our brains are at distinguishing these images.

► Visit the CEA website to discover the brain, its function, and the major research challenges explored in the laboratory: http://www.cea.fr/comprendre/Pages/sante-sciences-du-vivant/Essentiel-sur- le-cerveau.aspx

TO CITE THIS POST :
Press release – Inserm press room The Conscious and Unconscious Work in Unison to Sort Images in Our Brains Link : https://presse.inserm.fr/en/francais-le-conscient-et-linconscient-travaillent-de-concert-pour-trier-les-images-dans-notre-cerveau/30159/

Researchers explain how a neuroscientific approach can be used to more effectively combat gender inequality. The actions taken by the researchers have increased the number of female speakers invited to take the floor at the research center from 25 to 44% in ...