The human embryo as you have never seen it 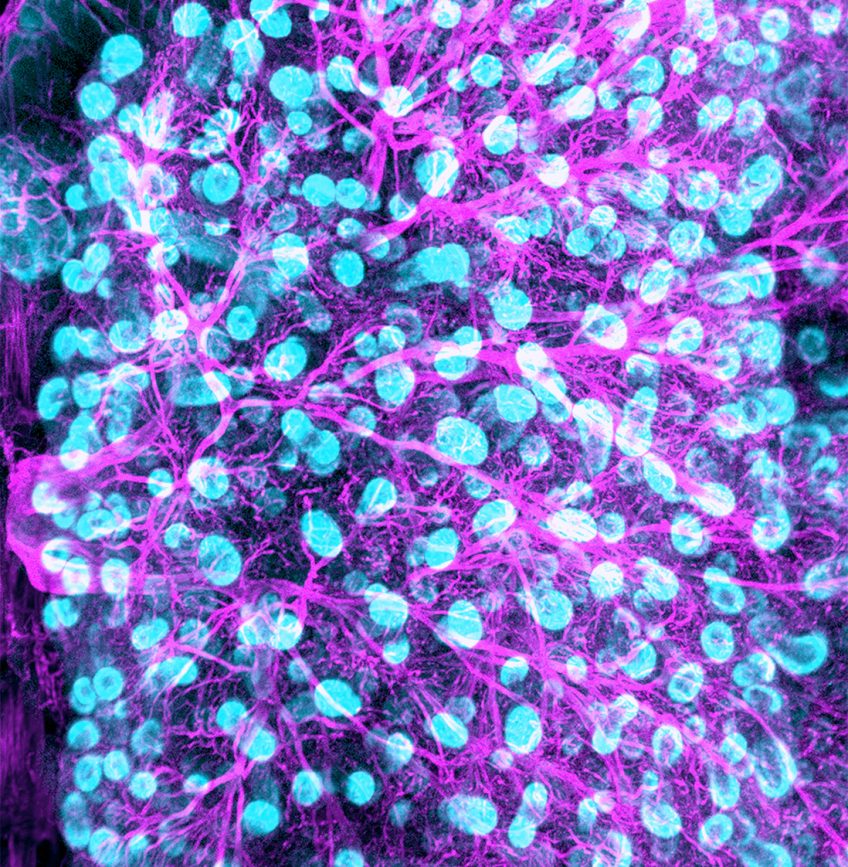 A team coordinated by Alain Chédotal, Inserm research director at the Institut de la Vision (Inserm/UPMC/CNRS) and Paolo Giacobini at the Jean Pierre Aubert research centre (Inserm/Lille University) have just made a series of new observations of the anatomy of human embryos from 6 to 14 weeks old. A feat made possible by combining two recent techniques in immunomarking and 3D microscopy and a technique making the tissues transparent. These discoveries are published in the journal Cell dated 23 March 2017.

Plunging into the heart of a living being. From drawing to reality. This is what Alain Chédotal and his colleagues have done using their new technique to explore the anatomy or embryos. In the journal Cell, they reveal new photos and three-dimensional films of several tissues and organs of human embryos and foetuses from 6 to 14 weeks old, inaccessible until now.

Medical textbooks contain plenty of pictures of embryos but we always see the same thing: to represent their organs, we rely only on drawings. And the moulded embryos kept in medical faculties are made of wax. It should be said that the models, until now, were based on thin sections observed under the microscope, requiring illustrators to assemble and interpret all the information to represent an entire organ. This process belongs to the past with the advent of new three-dimensional imaging methods. In practice, the authors of this work have succeeded in combining three techniques, immunofluorescence, tissue clarification and microscopic observation, to be able to publish the first real 3D images of embryo tissues and organs.

They first used immunofluorescence to mark the intact organs. This technique consists of using fluorescent antibodies that bind specifically to the proteins expressed by certain cells, making it possible to locate them. Next, to view the fluorescent signal, they made the embryo tissues transparent using a technique perfected in mice in 2011. To do this, they immersed the tissues in several solvents, enabling them to strip the membrane-bound lipids from the cells, so as to retain only their protein architecture/skeleton and allow light to pass through. Finally, once this work was completed, they used a special microscope with a thin light source. A laser beam two millimetres thick scans the transparent samples, making it possible to photograph each plane and then the 3D image of the organ is built by computer. 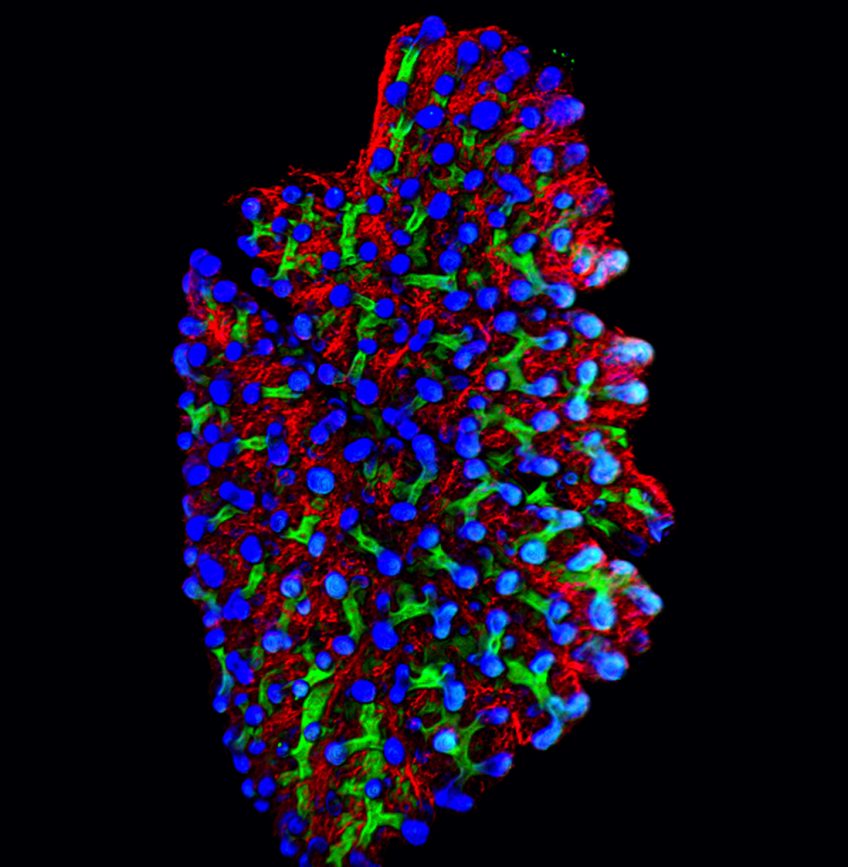 3D image of embryonic human lung. Future bronchi and bronchioles (blue and green) are visible, as are also the blood vessels (red).


New observations available to everyone

Marking embryos using antibodies made it possible to reveal the presence of specific cells and to obtain images of the peripheral nervous system, vascular system, lungs, muscles and the urogenital system. “What we observed has confirmed existing data in embryology, but this is the first time that we have obtained real images of the organisation of tissues in so much detail. In particular, we have discovered things that it was not possible to see without specific marking. For example, we succeeded in distinguishing sensory nerves (that transmit sensory signals to the brain) from motor nerves (that are connected to muscles), which was previously impossible“, explains Alain Chédotal. Another discovery: the variability of the nerve pathways in the hands. The development of the principal nerves is conserved in all hands, but the small peripheral nerve pathways develop much more randomly between the left and right hands and between individuals. Finally, the last advantage emphasised by the researchers: “we are able to have an idea of the rate of cell growth for each organ by counting the fluorescent cells at different embryo ages“.

To make these data available to the widest audience, the team has created a dedicated internet site subsidised by the French Voir & Entendre [See & Hear] Foundation*. “Here we offer free access to our films and we will continue to add new ones as we produce them. We would also like other laboratories to be able to add to it from their own work. The aim is to make it an initial image bank to provide a complete 3D atlas of the human embryo during the first development trimester, with organ-by-organ searches possible. There is both an education objective but also a clinical purpose, particularly for surgeons that operate in utero and who in this way will have precise images of embryo tissues or their nervous and vascular system“, the researchers conclude.

TO CITE THIS POST :
Press release – Inserm press room The human embryo as you have never seen it Link : https://presse.inserm.fr/en/francais-lembryon-humain-comme-vous-ne-lavez-jamais-vu/27807/