Éric Vivier’s team at Marseille-Luminy Immunology Center (CIML), a CNRS, Inserm and Aix-Marseille University research centre, in collaboration with Gabrielle Belz’s team at Walter and Elisa Hall Institute (WEHI), Melbourne, sheds new light on the dynamics of the immune networks that protect our intestine. During episodes of bacterial diarrhoea, innate lymphoid cells (ILCs) “share the work” with memory T lymphocytes, but can also compensate for them in the event of failure.
The authors also show that ILCs protect the appendix from potential damage caused by infection, a finding that may confer a new status on this organ. These discoveries are presented this Monday, 30 November, in the scientific journal Nature Immunology. 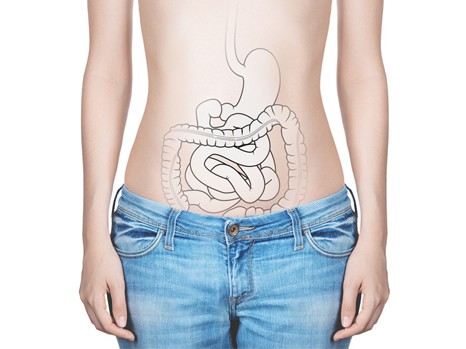 The intestinal immune system includes different populations of cells from the innate and adaptive immune system that protect us from infection. Once the pathogen is detected, cells from the innate immune system launch the initial attack, and call for reinforcements from the B and T lymphocytes of the adaptive immune system in order to “finish the work” and memorise the intruder’s profile. Although the sequence of events is known, cooperation between the different components is still poorly understood. The researchers are thus trying to uncover the relationships that form within the intestine between the T lymphocytes and the innate lymphoid cells (ILCs). Discovered simultaneously in 2008 by 12 laboratories, including that of Éric Vivier, ILCs represent a new type of lymphocyte that had been completely unknown until then. These cells can be likened to a “rapid version” of T lymphocytes. Divided into different groups, they have the morphology of a lymphoid cell, and produce the same cocktails of cytokines as the T lymphocytes, but they uniformly lack antigen-specific receptors.

The authors are now revealing another aspect of their biology: their choreography with the T lymphocytes. Using the bacterial species Citrobacter rodentium in the mouse as a model of human diarrhoea caused by enteropathogenic Escherichia coli (EPEC) and enterohaemorrhagic E. coli (EHEC), they have thus demonstrated that the protective action of T lymphocytes and of an ILC subtype (ILC3 NCR+) is not only redundant, but that the latter can even “take over the work” where the T lymphocytes fail.

“This is the first time that redundancy between these 2 cell populations has been formally demonstrated,” says Éric Vivier. “All the evidence suggests that these two defence systems were co-selected during evolution to ensure optimal protection against infection.”

Ultimately, this discovery could thus lead to new therapeutic approaches to intestinal diarrhoea, a public health challenge of planetary proportions, since every year nearly 4 billion people are affected by these diseases, which represent nearly 4% of deaths worldwide.
Furthermore, this study includes another unexpected discovery: during infection, these same ILCs protect the caecum/appendix pair from inflammation and potential injury.

“The caecum and appendix have long been considered vestigial organs in terms of immunity. Our work is part of a quite different hypothesis, which proposes a role for this part of the intestine as a refuge for commensal bacteria during infection. Thus the ILCs would help to nurture the “good” bacteria that help to maintain the balance of the intestinal microbiota and hence fight infections more effectively,” concludes Professor Éric Vivier.

Neonatal meningitis: the immaturity of microbiota and epithelial barriers implicated

Meningitis is associated with high mortality and frequently causes severe sequelae. Newborn infants are particularly susceptible to this type of infection; they develop meningitis 30 times more often than the general population. ...