Effects of the gut microbiota revisited 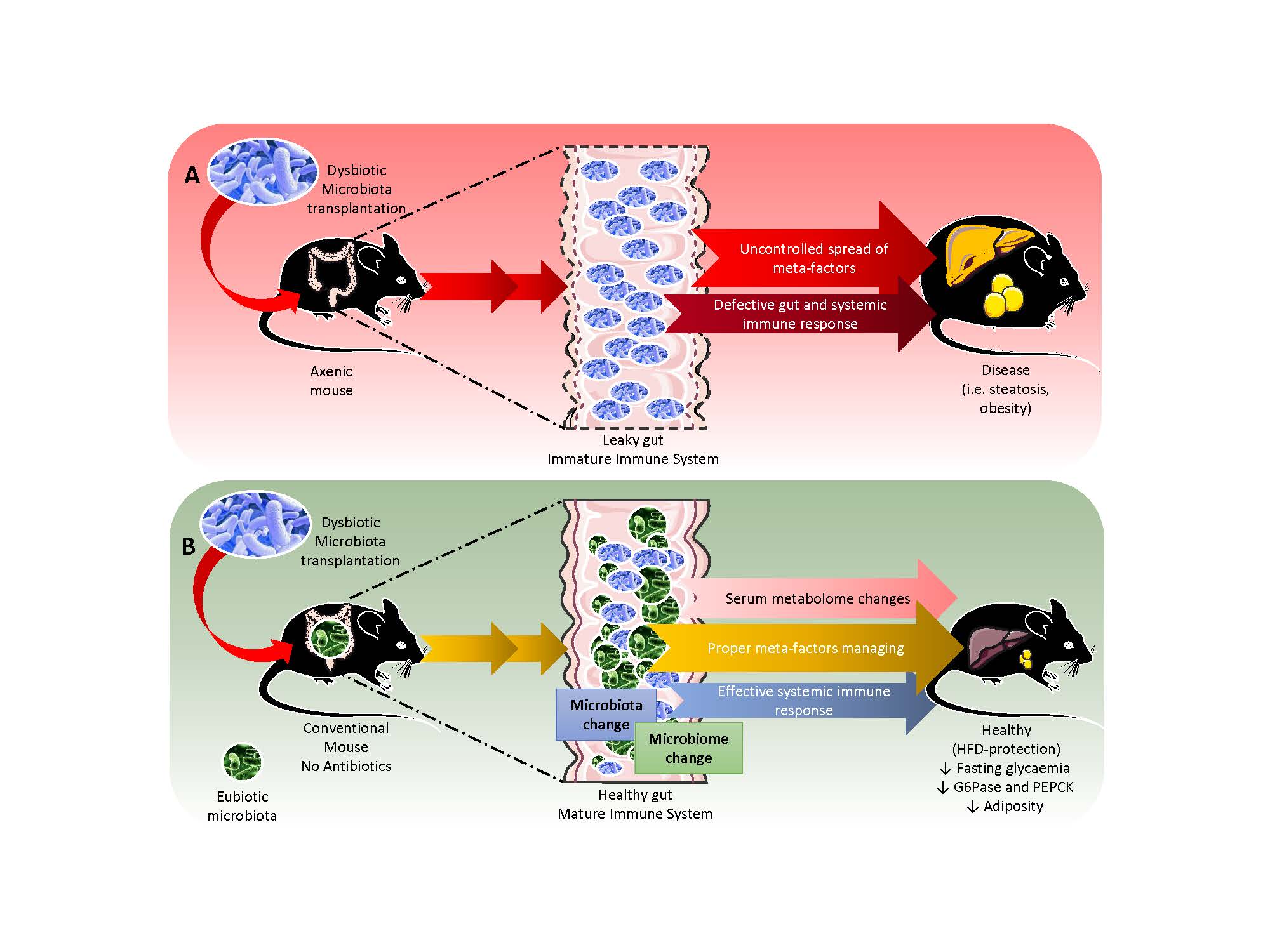 Matteo Serino, Inserm Research Fellow at the Digestive Health Research Institute (IRSD, an Inserm/University of Toulouse III – Paul Sabatier/National Veterinary College of Toulouse/Inra joint research unit), and his collaborators show that alteration of the intestinal microbiota, whether nutritional or genetic in origin, may have beneficial effects on liver metabolism. These results contradict results previously obtained in the area, which showed that transferring an altered microbiota inevitably had negative consequences for health. They have just been published in Molecular Systems Biology.

The gut microbiota is involved in the occurrence of metabolic diseases such as obesity and liver diseases. However, the molecular mechanisms are still incompletely known, and its role as a cause or consequence of these diseases remains a matter of debate.

Unexpectedly, when mice were transplanted with a microbiota from obese mice, and then fed a high-fat diet, their liver metabolism and overall carbohydrate metabolism seemed to be protected. Moreover, their fat mass was less developed and their fat cells were smaller in size.

Conversely, transferring a microbiota from lean mice did not affect liver glucose production.

These research results show that alteration of the microbiota, subsequent to a high-fat diet, is not always harmful. Insofar as the intestinal barrier is intact and the immune system functional, an altered gut microbiota may even protect against the harmful effects of a high-fat diet. “Our observations have opened a new debate on the role of alteration of the gut microbiota in the occurrence of metabolic diseases,” says Matteo Serino.