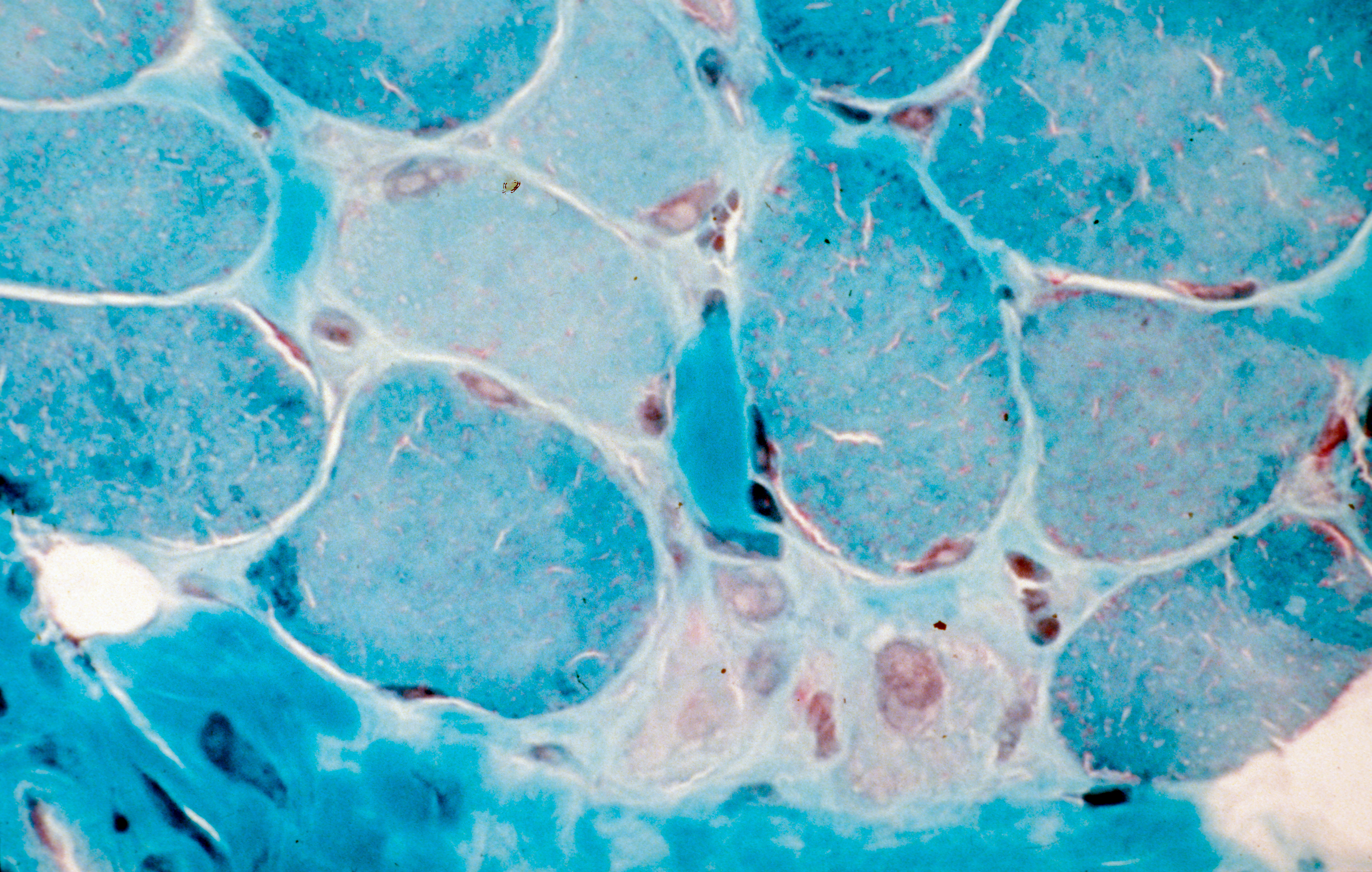 Prof. Olivier Benveniste’s Inflammatory myopathies and innovative targeted therapies team at the Institute of Myology has produced a new classification of the different forms of myositis (rare inflammatory muscle diseases). Four new types of myositis taking into account the various clinical criteria of patients have now been defined. This research, involving teams from the Institute of Myology, Inserm, the Paris public hospitals system (AP-HP) and Sorbonne Université, was published in September in JAMA and paves the way for reliable diagnosis and personalized treatments.

Myositis (rare inflammatory muscle diseases) is a group of rare autoimmune muscle diseases in which the immune system, in charge of protecting the body from external aggressions (bacteria, viruses…), dysfunctions and attacks the body (in this case, the muscle). These diseases affect between 3,000 and 5,000 adults and children in France.

While the different forms of myositis all have an autoimmune component, each has its own specific triggering mechanisms. Until now, three types of myositis (polymyositis, dermatomyositis, inclusion body myositis) had been identified according to a classification system established in 1975 and updated in 2017 (ACR/EULAR rheumatologist criteria) based essentially on clinical and histological criteria. Prof. Olivier Benveniste, head of the Inflammatory myopathies and innovative targeted therapies team at the Institute of Myology who has been monitoring patients daily at Pitié-Salpêtrière Hospital AP-HP over the past 20 years, had identified major diagnostic errors related to this incomplete and, as a consequence, non-homogeneous, classification which would sometimes even lead to errors in patient treatment. Some patients mistakenly diagnosed with inclusion body myositis were given high-dose steroids which made their condition worse.

That is why, together with his team and the Center of Reference for Neuromuscular Diseases of the Institute of Myology, Prof. Benveniste launched a study on 260 patients in whom he collected and analyzed the various clinical characteristics –and particularly the presence of autoantibodies, which are sometimes causes or consequences of the disease. Using innovative statistical methods, without a priori, in which the mathematical algorithm works unsupervised to aggregate similar patients into subgroups (cluster analysis), the researchers revealed a new classification with four major types of myositis: inclusion body myositis, dermatomyositis, immune-mediated necrotizing myopathy, anti-synthetase syndrome (with polymyositis no longer forming a type of myositis as such).

Characteristics of the four forms of myositis:

▪ Inclusion body myositis: This form of myositis more often affects men over 60 years of age. It progresses slowly but ultimately leads to a highly disabling motor deficit. It particularly affects the quadriceps (thigh muscles used to climb stairs, get up from a chair, maintain stability when walking…), the muscles used to close and shake hands and the muscles used for swallowing. This disease is resistant to standard immunosuppressive treatments such as steroids. It is due to the presence of an inflammatory reaction (myositis) in the muscle and a neurodegenerative process related to Alzheimer’s disease (presence of inclusions).

▪ Dermatomyositis: This form more often affects women. Children can also be affected. There is an associated cancer risk in the most elderly subjects (usually after 60 years). In addition to myositis, which causes predominant muscle weakness in the shoulders, this disease is characterized by the presence of typical dermatological lesions. Dermatomyositis is due to an imbalance of the immune system involving type 1 interferon that helps protect against viruses. New therapies specifically targeting this interferon pathway are under development. Dermatomyositis-specific antibodies are anti-Mi2, anti-SAE, anti-NXP2, and anti-TIF1 gamma.

▪ Immune-mediated necrotizing myopathy: This is characterized by muscular weakness affecting patients of all ages. In the absence of treatment, this type of myositis leads to the most severe and disabling muscle atrophy. This disease is related to the presence of two specific anti-SRP or anti-HMGCR antibodies which directly attack and destroy the muscles. Anti-HMGCR may appear after taking statins. Treatment aims to remove these antibodies.

▪ Anti-synthetase syndrome: This disease affects muscles but also joints (leading to rheumatism), and the lungs (leading to shortness of breath that is sometimes severe). Here too, certain antibodies appear to be responsible: anti-Jo1, anti-PL7 and anti-PL12.

This new classification is decisive in establishing a diagnosis and offering personalized treatment to patients.

“We realized that the current myositis classification was unsuitable and could often lead to the failure of a potential treatment due to non-homogeneous patient groups within a given trial. So our aim was to define a classification based on phenotypic, biological and immunological criteria in order to better diagnose the different types of myositis and ultimately find suitable treatments for patients. This new classification is becoming a reference because even the FDA, which up until then was using the US classification, recommends using our research as a basis. ” explains Prof. Benveniste.