Organic pollutants and obesity are not a good combination 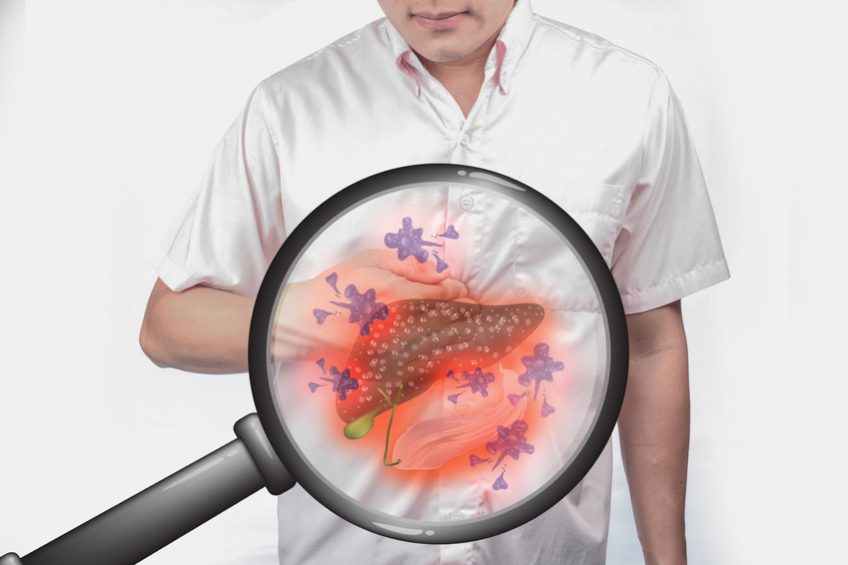 A team of researchers from Prof. Robert Barouki’s Inserm unit (Inserm Unit 1124/Université Paris Descartes), led by Prof. Xavier Coumoul, has recently shown that the Seveso dioxin, an organic pollutant found in our food and in the atmosphere, causes liver damage in mice fed a high-fat diet. This effect is related to its action on a signaling pathway also activated by diesel and tobacco particles. The results were published last March in Environment Health and Perspectives.

Several organic pollutants may contribute to the growing onset of chronic liver disease in obese individuals. This is suggested by Xavier Coumoul’s team which worked on one such pollutant: the Seveso dioxin. This substance, named after the 1976 Seveso disaster in Italy, near the town of the same name, originates from industrial activity, such as waste incinerators, metallurgy, etc. It is also known for being one of the substances released with the use of Agent Orange during the Vietnam War. Classified as carcinogenic to humans, the Seveso dioxin (or TCDD) is particularly worrisome as it is very stable over time, persisting in ecosystems and organisms for several years. Mainly stored in adipose tissue and in the liver, it activates the AhR (aryl hydrocarbon receptor) signaling pathway in cells which, to be specific, allows the pollutants to be eliminated.

In 2014, while the team was working on the carcinogenic effects of this substance, researchers noticed that a number of mice exposed to high doses of TCDD (25 µg/kg/week) developed hepatic inflammation (liver fibrosis), the starting point for more serious diseases, such as cirrhosis or liver cancer. Now, nonalcoholic chronic liver disease is usually observed in obese subjects. Researchers thus wished to clarify the possible impact of this dioxin on the liver in the context of obesity. They therefore studied a mouse model over 14 weeks. During this period, two groups of mice were fed different diets.

The combination of TCDD and obesity is essential

The first group of animals were fed a low-fat diet. Over the last 6 weeks of treatment, some of these mice were exposed to TCDD (1 to 10 µg/kg/week), whereas the other mice were not exposed to the substance. No fibrosis was observed, even in the presence of low levels of TCDD (</=5 µg/kg/week). Only a few microlesions were observed at doses above 5 µg/kg/week. This was not a pathological syndrome, and did not give rise to any complications.

At the same time, the second group of animals were fed a high-fat diet, accompanied by exposure to TCDD identical to the first group. All of these mice, having become obese due to their diet, developed liver lesions, characterized by increased fat storage. However, in the presence of TCDD, fat accumulation was increased, and inflammatory cells were recruited locally. Due to the effect of TCDD, liver lesions developed with chronic inflammation, which then progressed to fibrosis.

At the end of this monitoring period, researchers studied gene expression in the hepatic cells. They observed that dioxin-exposed obese mice over-expressed several markers for inflammation and fibrosis.

“The effects of obesity and dioxin are potentiated and cause fibrosis to develop. Both, when combined, lead to excessive fat accumulation in the liver, inhibition of their degradation, an increase in oxidative stress harmful to cells, and the onset of inflammation,” clarifies Xavier Coumoul, Research Manager.

To be verified in humans based on normal exposure

There is no need to panic just yet, despite these findings. The TCDD dose used in this study was high, equivalent to massive exposure, as observed in the Vietnamese population during the war. This was a deliberate decision so as to observe the effects over a fairly limited period of only a few weeks. The effects in humans have yet to be determined, with a lower dose and long-term exposure in keeping with the general population. Furthermore, from a broader perspective, data on all AhR pathway activators, also including diesel and tobacco, have yet to be confirmed.

This research was funded by the ANR and INCa.

TO CITE THIS POST :
Press release – Inserm press room Organic pollutants and obesity are not a good combination Link : https://presse.inserm.fr/en/francais-polluants-organiques-et-obesite-ne-font-pas-bon-menage/28248/