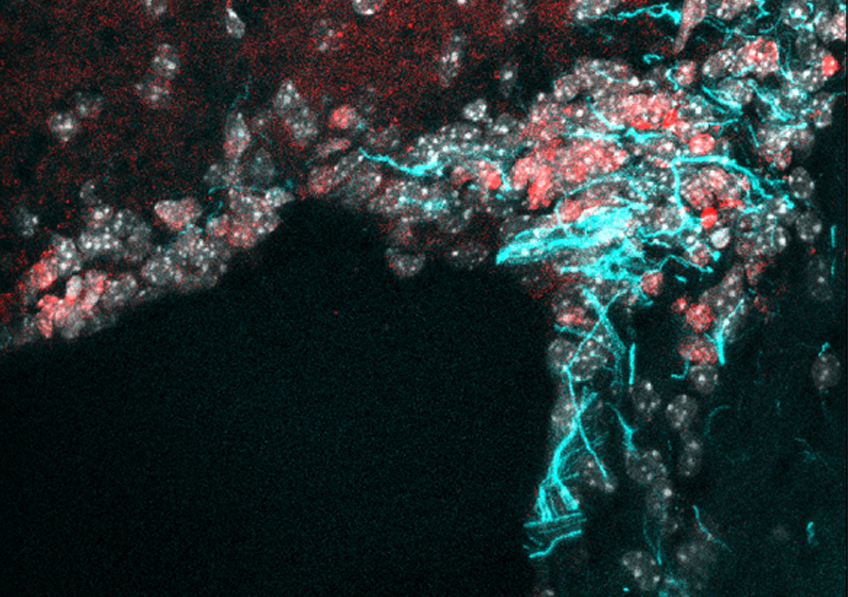 The adult brain has a very limited capacity for regeneration. However, researchers have updated the role of a key membrane molecule in the proliferation of stem cells in the adult mouse brain: Syndecan-1. CEA, Inserm and the Paris-Sud and Paris Diderot universities have joined forces to demonstrate that Syndecan-1, present in the membrane of the neural stem cells, permits their proliferation. Syndecan-1 therefore becomes a possible tracer of brain regeneration, opening up new perspectives in the field of regenerative medicine. This research, for which a patent is pending, was published on August 14 in Stem Cell Reports.

The adult brain has a very limited capacity for regeneration. It contains a small number of neural stem cells in specialized niches. These cells, which have the capacity to produce new functioning neurons, lie dormant for the most part but can be activated in response to stress.

Thanks to an innovative cell sorting technique and comparative transcriptome analysis, researchers at the Institute of Cellular and Molecular Radiobiology (IRCM)[1] have revealed some of the molecular modifications that accompany the activation of dormant neural stem cells, in response to the brain’s exposure to ionizing radiation. Through comparative mapping of the genes expressed, they identified the membrane molecule Syndecan-1 as being specifically expressed in the neural stem cells activated. By means of functional studies, the team also demonstrated that this molecule played a direct role in the proliferation of these cells.

Knowledge of the molecular signals that regulate the activity of the neural stem cells present in the adult brain could make it possible to stimulate the regenerative capacities of the brain and have many therapeutic applications.  Syndecan-1, as well as the various molecular pathways identified in this research, open up new perspectives in this field of medical research.