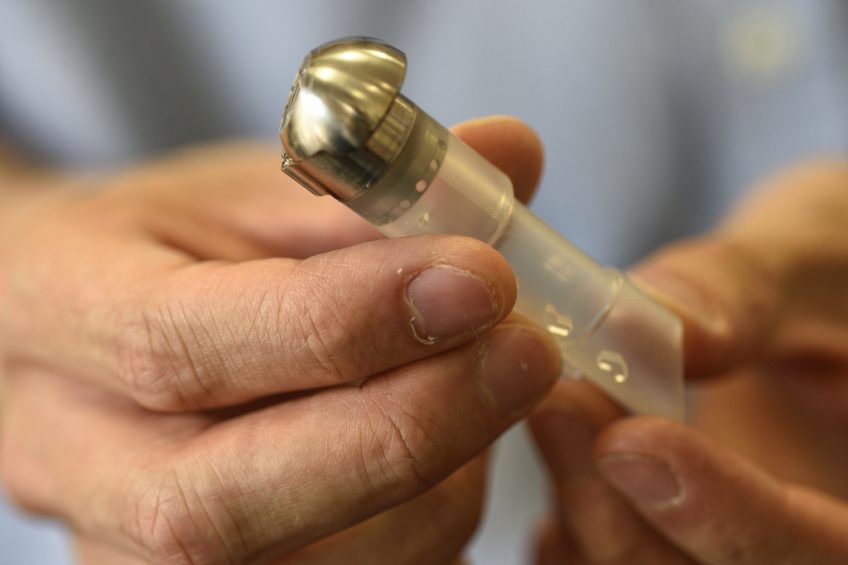 In 2013, researchers from Inserm and physicians from the Strasbourg University Hospitals announced their success in developing an artificial larynx. Since the first time they began implanting this prosthesis five years ago in patients whose own larynx had been removed for health reasons, they have optimized both the implant and their surgical technique. Today, they are presenting the case of a patient who has had the implant for 18 months, a feat that has enabled him to regain his voice and sense of smell, breathe through his nose and mouth, and not have to use his tracheostomy tube.

In cases of severe laryngeal cancer, doctors can opt to perform total laryngectomy. However, in order to be able to breathe correctly, the patient will then need a tracheostomy, which is an opening created in the front of the neck. The impact on quality of life means that such a procedure is not without consequences for the patient, due in particular to the loss of voice and sense of smell. After a lengthy rehabilitation period, the patient can use the esophageal speech technique but the process is an arduous one.

Christian Debry, researcher at Inserm Unit 1121 “Biomaterials and Bio-engineering” and Head of the Department of Otolaryngology and Head and Neck Surgery at Strasbourg Hautepierre University Hospital, together with his co-workers has endeavored to develop an artificial larynx for these patients[1]. Since 2012, 6 patients have received such implants but their fragile state of health has meant that they have not been able to keep them. Last year, Inserm researchers had optimized the surface coatings of the implants by developing an antimicrobial film to prevent them from being rejected.

“This 56-year-old patient has been living with the optimized implant for more than 18 months. He has now regained his voice and sense of smell, which had been compromised by the surgery.  He is able to completely go without using his tracheostomy tube for long periods – both day and night. It is the first time that such a concept has proved itself. The patient does continue to have some difficulty swallowing but, nevertheless, an initial breakthrough has been made, which is an actual improvement in comfort and quality of life for these patients. Our ambition is to ultimately restore their ability to eat normally and that they rediscover the social aspect of mealtimes. The development prospects for this prosthesis remain considerable.” emphasized Christian Debry.

[1] with the company Protip Medical

TO CITE THIS POST :
Inserm press room A patient has been living with an artificial larynx for the 18 months Link : https://presse.inserm.fr/en/francais-un-patient-beneficie-dun-larynx-artificiel-depuis-18-mois/27131/

Implantation of an Artificial Larynx after Total Laryngectomy The New England Journal of Medicine, Correspondence 5 janvier 2017