Discovery of an anti-inflammatory molecule produced by gut bacteria

Researchers at INRA, INSERM, AP-HP, and UPMC have just discovered a new protein with anti-inflammatory properties, which has been named MAM (microbial anti-inflammatory molecule). It is secreted by the bacterium Faecalibacterium prausnitzii and helps fight intestinal inflammation. This discovery, recently published in the journal Gut, is a major advance in efforts to develop new means of treating inflammatory bowel disease. Consequently, the results of this research have great potential future applications.

A few years ago, researchers discovered that the gut bacterium Faecalibacterium prausnitzii was present at lower levels in individuals affected by inflammatory bowel diseases (IBDs), such as Crohn’s disease or ulcerative colitis.They also found that this species secretes one or more molecules with anti-inflammatory properties that help in the fight against IBDs. The identification of the molecules produced by F. prausnitzii is a major step forward, which has occurred thanks to the efforts of a team of researchers from INRA, INSERM, AP-HP (Greater Paris University Hospitals), and UPMC (Pierre-and-Marie-Curie University).

Using biochemistry and mass spectrometry, the researchers discovered the existence of several peptides that were all derived from a single molecule produced by F. prausnitzii, a protein that they called MAM for microbial anti-inflammatory molecule. First, they showed that the addition of MAM to intestinal cells reduced inflammation. Second, they demonstrated that MAM helped alleviate an IBD in a mouse model. More specifically, mice that received MAM lost less weight than control mice. The researchers also showed that MAM’s effect was due to its ability to reduce the levels of certain immune system compounds in the intestinal mucosa that cause inflammation. It therefore seems that the bacteria that live in our guts protect us using the same tools as medical professionals.

When F. prausnitzii is present at low levels, IBDs are exacerbated, creating a vicious cycle. To break the cycle of chronic intestinal inflammation, researchers are working on ways to restore F. prausnitzii’s presence in the gut. These include providing nutritional supplements that contain the bacterium (i.e., probiotics) and/or molecules that promote the bacterium’s growth (prebiotics). The discovery and characterization of MAM also has relevance for the pharmaceutical industry: the protein could eventually be manufactured and serve as an active ingredient in medications. These results, which add to the growing base of knowledge regarding intestinal bacteria, also clearly have practical industrial or medical applications. 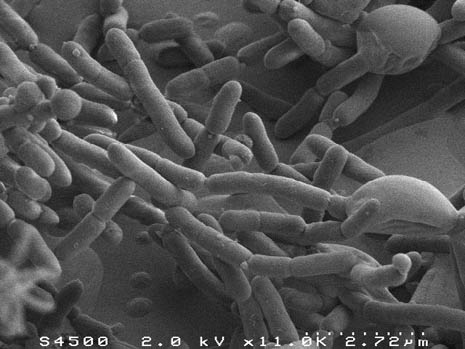