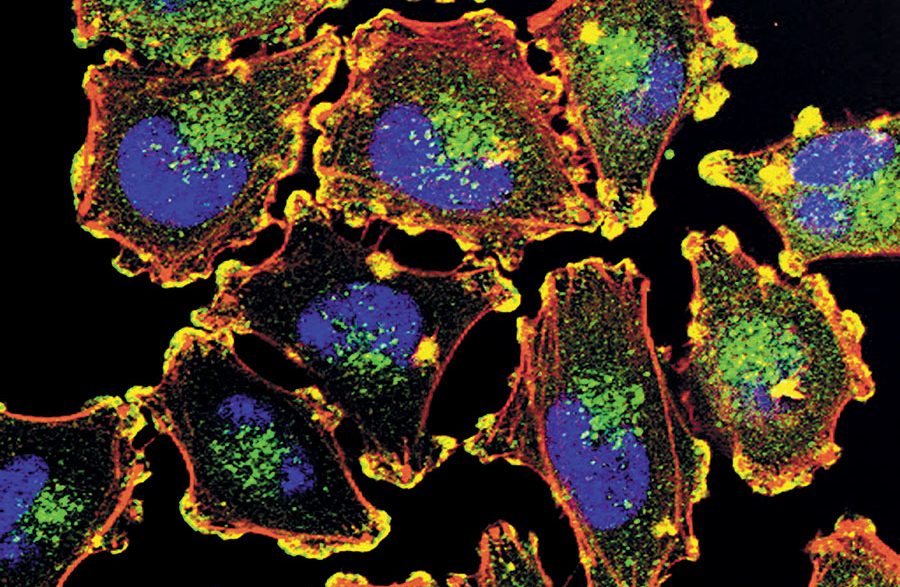 This complex could become a predictive marker for response to immunotherapy. Furthermore, the researchers demonstrate, for the first time, that inhibition of the eIF4F complex gives rise to an anti-tumoral effect related to decreased PD-L1 expression, which therefore elicits immune system intervention.

The researchers hope that eIF4F inhibitors will be able to be used as anti-cancer agents in the future, alone or, more than likely, in combination with other treatments.

Just a few years ago, the immune system, our defense against disease, seemed unequipped to fight cancer. Advances in immunotherapy are making it possible to correct these shortcomings: the immune system can now learn to recognize and destroy cancer cells. Lymphocytes are thus rediscovering their initial ability to fight rather than protect tumors.

The PD-1 (programmed cell death) molecule, expressed on the surface of T cells, binds to another molecule present on the surface of certain tumor or immune cells, PD-L1. This interaction in a way renders the tumor cell invisible to the immune system, by deactivating (or disarming) T cells.

In recent years, immunotherapy targeting the PD-L1/PD-1 interaction has revolutionized the treatment of melanoma and other types of cancer.

However, many patients do not respond to treatment. These agents are highly effective for several months or years, but only in 10 to 20% of patients, for all types of cancer combined.

“The development of biomarkers is therefore a key issue in identifying patients liable to respond to treatment,” explains Professor Caroline Robert, Head of the Dermatology Department at Gustave Roussy.

“A high PD-L1 level in tumors is a major indicator since this is often associated with a good response to anti-PD1 agents. However, the mechanisms for regulating PD-L1 expression have not been fully elucidated,” points out Stephan Vagner, Inserm Research Director and Head of the RNA Biology Team at Institut Curie.

In this latest publication, the researchers demonstrate, for the first time, that a complex known as eIF4F, involved in initiating the translation of messenger RNA into proteins, regulates PD-L1 expression and that, by targeting eIF4F in tumor cells, anti-tumoral immunity can be stimulated, thus mimicking the effect of immunotherapy.

In this study, the researchers mainly used melanoma as a model, but also conducted tests with lung cancer, breast cancer, and colon cancer cells.

They will now go on to evaluate the findings of the study on the formation of the eIF4F complex, as a predictive marker for response to immunotherapy.

They are, moreover, developing other melanoma treatment models, based on the use of eIF4F complex inhibitors, in combination with other treatments, to increase therapeutic efficacy and fight resistance.

Cancer Treatment: Identification of the Blood Vessels That Allow Killer Lymphocytes to Access and Destroy Tumors

Immunotherapy, a therapeutic strategy aimed at increasing the activity of the immune system in order to recognize and destroy cancer cells, has revolutionized cancer treatment over the past decade. For the first time, the scientists were able to film the lymphocytes infiltrating ...