At regional level, the highest rates of incidence were found in Limousin, Provence-Alpes-Côte-d’Azur and Ile-de-France.

The Réseau Sentinelles (Sentinel Network): a collaboration between general practitioners and researchers

Since 1984, the French National Institute of Health and Medical Research (Inserm) and Pierre and Marie Curie University (University of Paris 6) have developed an information system based on a network of general practitioners in metropolitan France known as the Réseau Sentinelles (Sentinel Network). It has enabled the creation of large databases for several diseases, with descriptions of individual cases seen in general practice, for health surveillance and research purposes.
The Réseau Sentinelles is a network of 1,300 private general practitioners (i.e. 2.2% of all private GPs in metropolitan France), distributed throughout the French metropolitan territory, who contribute on a voluntary basis. Member physicians are known as “Sentinel physicians.” 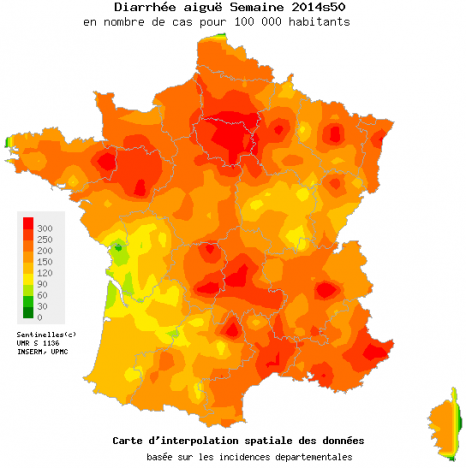