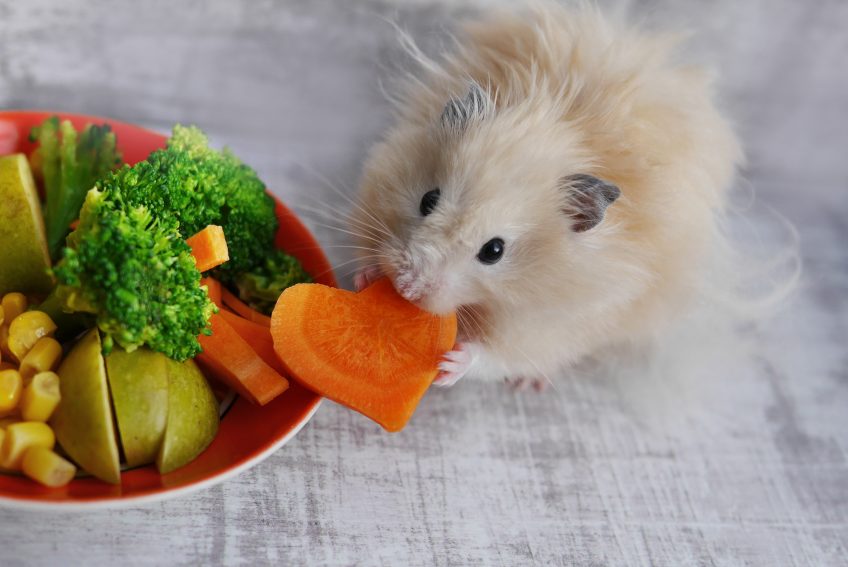 Scientists have found that certain compounds, produced by microbes in the guts of mice, could be used to show which animals are at greater risk of becoming obese, or developing health conditions such as diabetes or cardiovascular disease.

The group, led by scientists at Imperial College London and INSERM UMRS 1138 in Paris, tested the urine of mice for a number of these microbial compounds, finding that certain key chemical signatures could accurately predict how the animals would respond to a high-fat diet before they received it.

High-fat diets are a major driver of obesity and related health conditions, such as diabetes and cardiovascular disease. However, evidence from previous studies suggests different people eating the same high-fat diet may have different outcomes, making it hard to define a one-size-fits-all ‘healthy diet’.

Previous research has shown that the hundreds of species of bacteria and other microbes which inhabit our gut work with our own cells to carry out a number of roles, and that this microbial garden can be shaped by what we eat or medicines we take, such as antibiotics.

In the latest study, published in Cell Reports, researchers used genetically similar mice to highlight the role that gut bacteria played in how the body responds to changes in diet and the impacts on health.

Before animals switched diets, their urine was screened for compounds produced by their gut bacteria using magnetic resonance spectroscopy, giving the mice a profile of chemical signatures, generated by metabolites from their microbiomes.

The team found that once the mice were switched to the same high-fat diet, they had a range of outcomes, with some animals gaining more weight than others, or becoming less tolerant to glucose – one of the early warning signs of diabetes.

Analysis revealed that key chemical signatures in their urine were predictive of some outcomes, such as changes in behaviour, weight gain and tolerance to glucose. One compound in particular, trimethylamine-N-oxide (TMAO), was shown to be predictive of glucose tolerance.

“We know that our environment and genetics can influence our risk of obesity and disease, but the effects of these communities of bacteria living inside us are less well understood,” said Dr Marc-Emmanuel Dumas, from the Department of Surgery & Cancer at Imperial, who led the research. “By using a group of mice with the same genetic makeup, we were able to zoom in on the variability in animals switched to a high-fat diet.”

“This study shows that value of a diet is determined not only by your genes, but also the genes of your gut microbes. This work has implications in lots of different areas, which is why it’s so exciting.” Senior investigator on the study, Dr Dominique Gauguier, from INSERM-Paris and a visiting professor at Imperial, said: “Our results illustrate the strong capacity of an organism’s gut microbiome to drive the adaptation to environmental challenges regardless of genetic variation and underline the need of deeper physiological and molecular phenotyping of individuals in large scale genetic studies.”

The findings will be explored further as part of an ongoing large clinical trial of 2,000 patients, where details of their lifestyle, diet, medication and other factors, as well as their microbiomes being characterised. Pulling together all of these data, and building on previous findings, they will be able to reveal how people react to different diets, and how their microbiomes influence the outcome.

According to the researchers, the hope is that in future, a patient’s profile could be generated from urine and blood samples and used to predict which diet they will respond to best.

“Our findings reveal that measuring metabolites in urine before the diet switch, we can predict which animals will get fat and become intolerant to glucose and which ones won’t,” added Dr Gauguier. “These findings open up really strong perspectives into designing personalised diets and harnessing our gut bacteria to promote health.”

TO CITE THIS POST :
Press release – Inserm press room Gut bacteria can help to predict how the body will respond to fatty foods Link : https://presse.inserm.fr/en/gut-bacteria-can-help-to-predict-how-the-body-will-respond-to-fatty-foods/28917/

Teams from Dijon-Bourgogne University Hospital, Inserm and CEA have recently established the results of the whole-genome analysis of severely ill neonates, hospitalized in neonatal ICUs – the time of which was slashed from the current 18-month average to just 38 days. ...